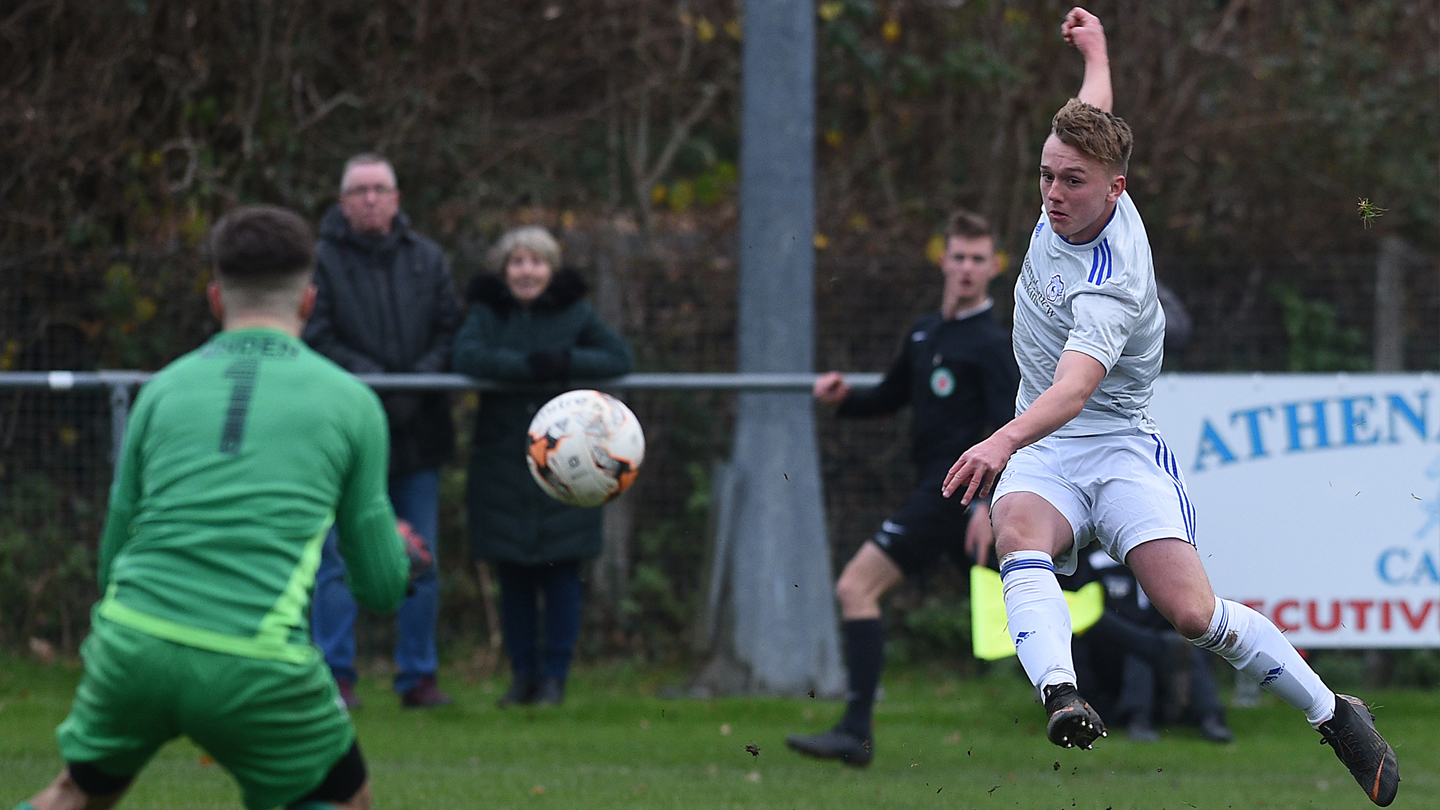 City applied early pressure in the opening exchanges and were rewarded after just three minutes. Laurence Wootton fired past the Wellmen’s keeper to give the away side an early advantage.

The visitors doubled their lead with less than 15 minutes of play gone, when Isaak Davies netted an excellent right-footed drive across Woodhead’s goal in the top-left corner.

The away side sought to exploit the Wellmen’s defence further and reaped their rewards with under twenty minutes played, as Davies scored his second of the encounter, taking the Bluebirds tally to three.

Captain Sam Bowen was up next to notch his first goal of the afternoon after 32 minutes. Dan Griffiths’ excellent flick-on found the captain who latched home the Bluebirds’ fourth. Sam Parsons further extended the lead, before Griffiths got his name on the scoresheet from the penalty spot after Kieron Evans was brought down inside the box. The Bluebirds headed into the break in cruise control at 6-0.

However, there was no stopping City's youth team after the interval, as the visitors picked up from where they left off. Griffiths secured his second of the afternoon, after his side were rewarded with yet another penalty - the Wales U19 international making no mistake from the resulting spot-kick to hand them their seventh.

The Bluebird’s eighth came after 54 minutes after some terrific team build-up play between Bowen and Griffiths, resulting in Evans unzipping the Wellmen’s defence, giving them their eighth goal of the affair.

The ninth was not long to follow, with Bowen securing his brace after he nodded home a delightful Isaak Davies cross from the right-flank. Following his two converted spot-kicks, Griffiths sealed his hat-trick after 72 minutes following a sublime flick from close-range that had Woodhead beaten.

The Bluebirds completed their goal scoring feats after 72 minutes through Evans for his second, walloping home a half-volley to emphatically complete proceedings as the away side progress into the next round of the FAW Youth Cup.