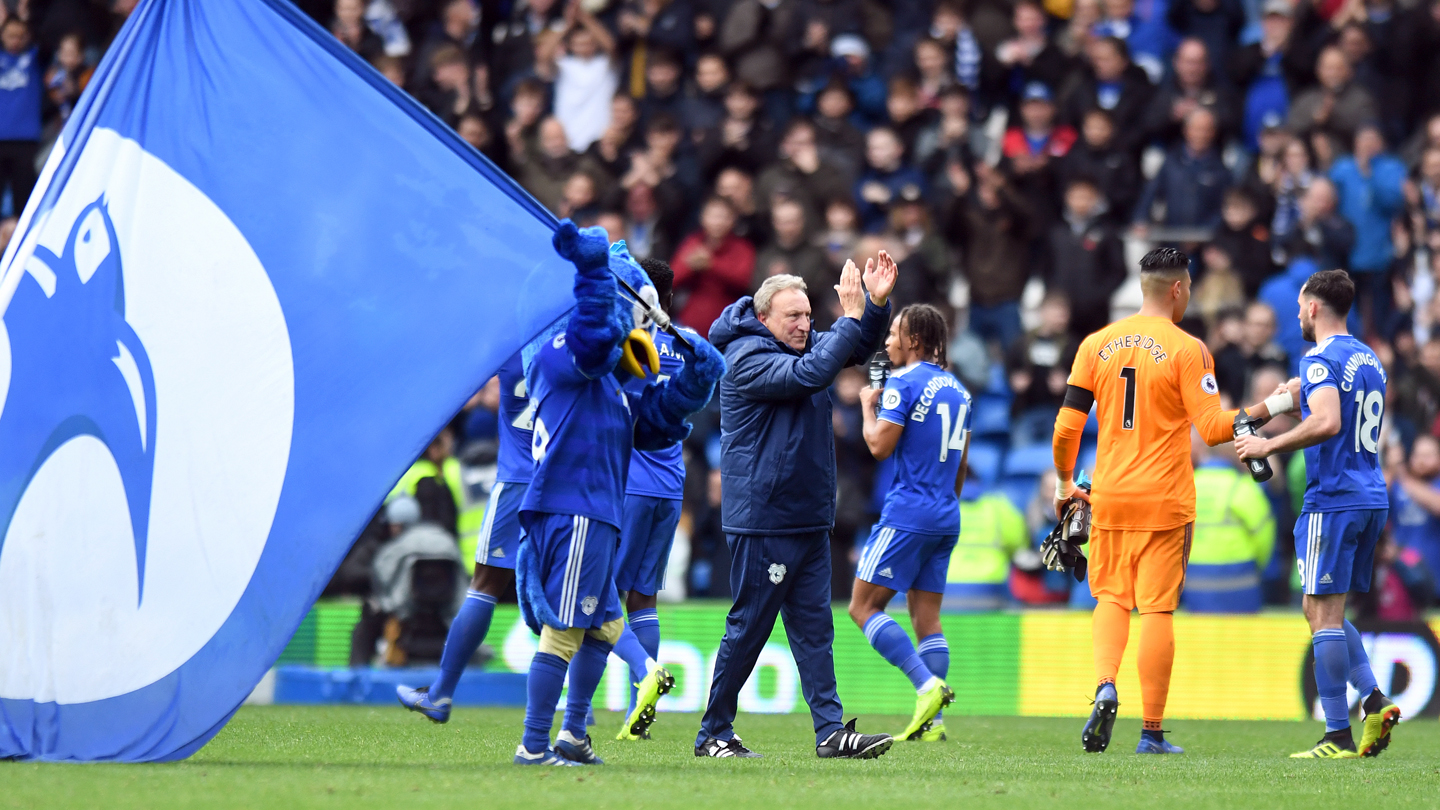 Warnock: I'm so proud of the lads

Sol Bamba's 90th minute strike gave the Bluebirds all three points at CCS, as they finally broke down the Seagulls' ten men in dramatic circumstances.

The Gaffer's full post-match press conference will be available to view on Cardiff City TV...

“It was a fantastic finish to the game from our point of view,” began Neil following the final whistle. “I can’t really ask for any more and they are a great group of lads.

“We’re catching up at the minute from the bottom end, and the players are giving everything, so I’ve no complaints at all today. My wife, Sharon, told me a couple of weeks ago that my luck would change from last Thursday for a few weeks, so I’ll have to get her a drink today, because she’s done well there!

“We get knocked a little bit, but you look at the first goal we scored today – we’d 16 passes and not one of their players touched the ball before it went in. I don’t think our lads get enough credit sometimes, because it was a well worked move and a great goal."

The Gaffer went on to praise the performances of Bamba and Kadeem Harris in particular, before explaining how crucial the City support could be for the Club to survive in the Premier League.

“Kadeem deserved the start today, because he’s been the best player in training over the past six weeks. I’m delighted for Sol today too and he’ll enjoy that tonight, which is what he deserves - he’s a really whole-hearted character.

“The fans were the crucial element. The number of people that have commented about our fans – they’re the difference between us staying up or not.

"We’d no chance according to the bookies, but when the lads give me everything - and if we can bring two or three quality players into the squad in January - then we’ll have as good a chance as any.

"When I look at the lads playing like that, I’m so proud of them, the effort they put in and their desire for the shirt.”