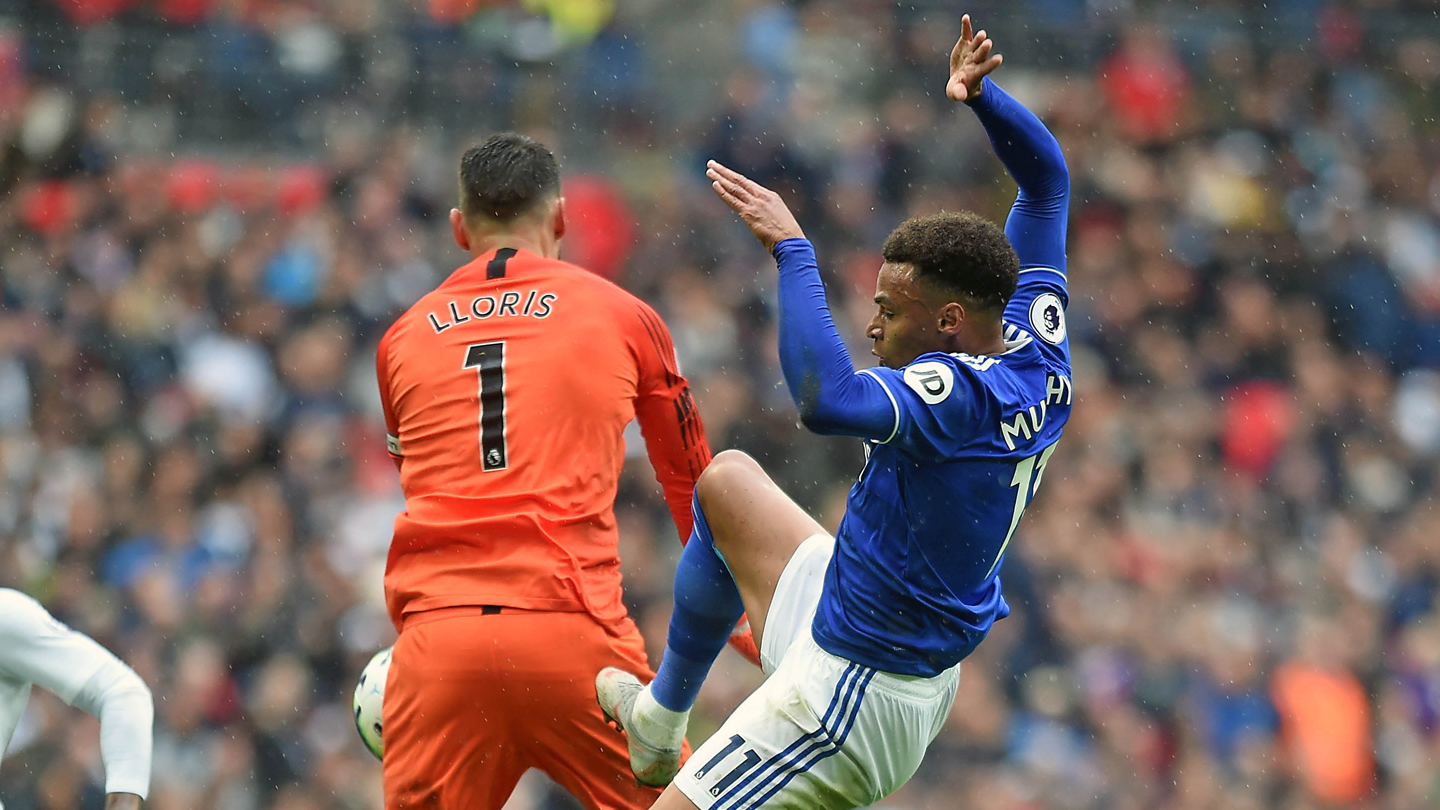 Neil Warnock made two changes to the Cardiff City line-up for the trip to the capital with Joe Bennett and Junior Hoilett returning to the starting side after recent injuries. There was more positive squad news for the Bluebirds as Iceland captain Aron Gunnarsson took up a spot on the substitutes bench for the first time this season.

City came into this match looking for their first win of the 2018/19 Premier League campaign – and showed their intent within the opening moments. Josh Murphy, fresh off his first competitive goal in blue last week against Burnley, attempted a strike from the halfway line, but it failed to test France international Hugo Lloris.

*The superb 3,000+ Cardiff City supporters who made the trip to Wembley, pictured above.

The positive start from the away side was met with defiance from the hosts – who managed to open the scoring after eight minutes. Eric Dier was on hand to meet a bouncing ball in the penalty area, firing home at close range to give Mauricio Pochettino’s team the advantage.

City attempted to fire back instantly, but Lloris did well to deny Harry Arter’s effort from 25-yards. The end-to-end first half continued with Davinson Sanchez’s shot blocked by Callum Paterson after 16 minutes before the Bluebirds had their best chance of the opening period.

The lively Murphy read some defensive miss-communication superbly on 23 minutes, running in behind the home defence to reach the ball wide on the right, 20-yards out. The former Norwich City winger dinked the ball over the outrushing Lloris only for Toby Alderweireld to clear off the line before Canadian international Hoilett could tap home inside the six-yard box. Central defender Sol Bamba headed wide from the resulting corner kick as Warnock’s men searched for an important levelling goal.

The away defence were having a strong half despite that early setback with captain Sean Morrison and Bruno Ecuele Manga both providing important blocks midway through the period. For the away side, Murphy continued to trouble – just beaten to the ball by Lloris outside the penalty area after 41 minutes, looking to meet a flick-on from makeshift forward Paterson.

The hosts had two clear chances to take a bigger lead into the break on 42 & 45 minutes respectively. Lucas Moura first tapped wide from six-yards before South Korean international Heung-Min Son fired over the crossbar when through on goal.

City’s task of finding an equaliser was made even more difficult on 58 minutes as Joe Ralls was shown a straight red card. The midfielder, who made his Bluebirds bow in 2011, was sent from the field of play by referee Mike Dean after a cynical foul on former Paris Saint Germain man Moura.

Warnock’s 10-men continued their valiant display against all of the odds, and went close to equalising six minutes later. Morrison rose highest at the back post to meet the ball but his effort was turned onto the woodwork by experienced goalkeeper Lloris, with Spurs scrambling the ball to safety to maintain their lead.

The Bluebirds battled throughout but were under the cosh for the final 20 minutes with No.1 Etheridge and the dogged defence needed on a number of occasions to keep out Kane, substitute Lamela and their attacking cohorts.

Luck didn’t seem to be on the side of Cardiff City during this match, with one of the late tactical changes even biting back. Danny Ward seemed to suffer a muscle injury with five minutes remaining and was unable to continue. Bobby Decordova-Reid was called on to replace him.

It was a tough clash across the 90 minutes at Wembley Stadium, with Spurs holding out against City to secure a one-goal victory.