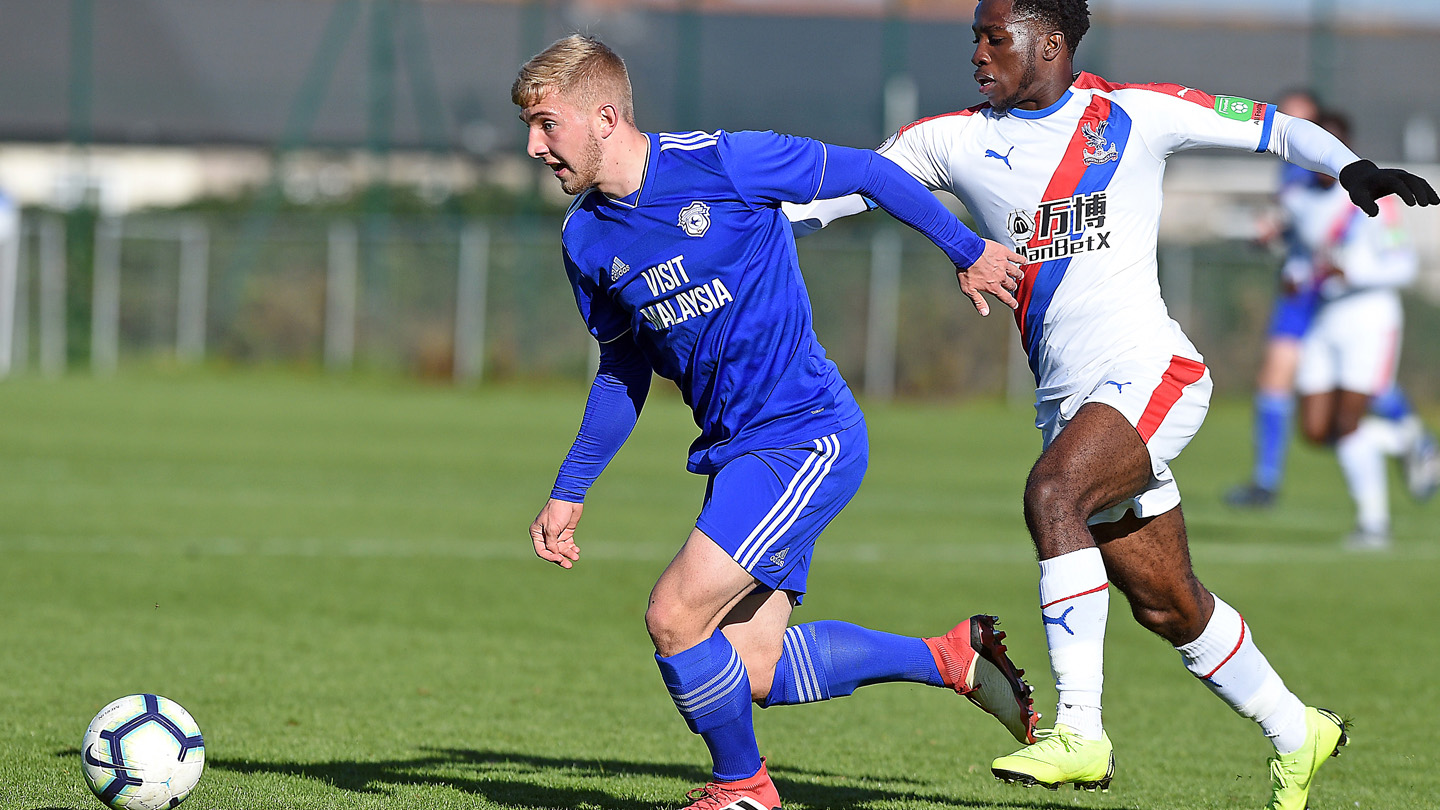 Jarred Harvey named six changes to the side that defeated Charlton Athletic two weeks prior. The experienced Alex Smithies, Matthew Connolly and Gary Madine were joined by Cameron Coxe, Tyrone Duffus and Christian Koffi in the starting XI.

The hosts started positively and reacting to mounting pressure took a deserved lead after just six minutes. Cameron Coxe whipped a delightful cross into the box and the towering Gary Madine was there to head home at the far post to break the deadlock.

However, last season’s PDL2 South champions were determined to draw level and almost equalised 12 minutes later. A swift counter saw Levi Lumeka cut-inside and curl a low effort into the hands of an alert Alex Smithies.

Despite Palace’s chance, City continued to dominate for much of the first half, with Madine almost earning himself a brace. Similarly to his assisted cross, Coxe set up Madine, who this time saw his effort deflect off a defender and into the hands of the ‘keeper - shortly before the half hour mark.

The Bluebirds began the second half with a similar approach to the first. The lively James Waite sliced a clinical pass to Laurence Wootton who saw a low shot saved onto the far post from close range.

Chances became sparse until the determined hosts doubled their advantage after 73 minutes. Substitute Jamie Veale tapped home from close range after Madine’s curled strike was dropped by the ‘keeper.

With a couple of substitutions made, the visitors fought back to reduce the deficit. Lumeka surged forward before unleashing a powerful curled drive into the far post from 15 yards, with 78 minutes played.

Palace then found themselves level three minutes later. A swift counter resulted in Brandon Aveiro slotting home to gift the visitors an equaliser.

City pushed for a winning goal late-on but the game finished all square at Cardiff International Sports Campus. Their next fixture will be an away trip to face Ipswich Town on Monday, 5th November 2018.