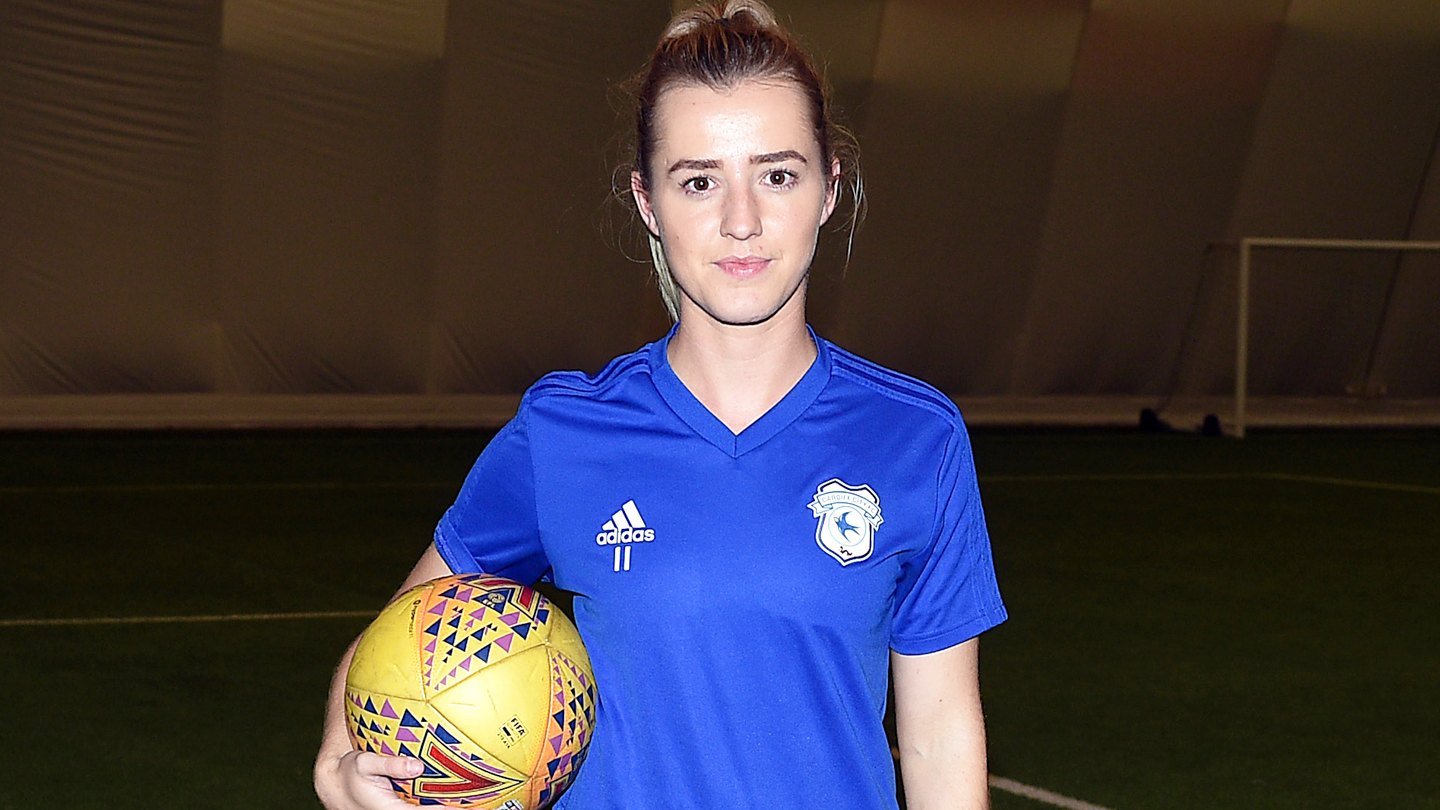 Women's Feature | Danielle Green: "The girls were so supportive whilst I couldn’t play"

Following her first league start in over a year, Cardiff City FC exclusively caught up with Danielle Green, who battled her way back from an Anterior Cruciate Ligament rupture.

The 23-year-old played the first hour of an impressive 4-1 victory away to Llandudno Ladies on Sunday, September 9th. Now the forward looks ahead to what she believes will be a promising 2018/19 campaign.

“I’m really glad to be back,” began Danielle. “I’ve been out for a year now and it was horrible to be out for so long. I was really happy to make my first start on the weekend. The first two results were exactly what we needed to start off the season so I’m pleased with that too.

“Our fitness coach, Mairead Haswell has been excellent in supporting my recovery as well as Richie Hughes and all the girls. The girls were so supportive whilst I couldn’t play and helped me push through it. I couldn’t have done it without all their motivation. My target was to be back as quickly as possible.

“Even when I wasn’t able to take part in training I was still heavily involved watching all the training sessions and the matches. I wanted to make sure I was still in and around the squad.”

The Bluebirds have opened the 2018/19 campaign with two straight victories. Danielle has appeared in both squads - coming off the bench in the opening day victory over Briton Ferry before starting the match against Llandudno.

She added: “I don’t think last season’s finish represented how well the girls played. However, we’ve got an even stronger squad this season and it’s more cohesive. I feel that we’ll do better this time round. We all really feel like we can do well this year. The fact that we all have a collective and positive outlook on the season is a massive plus.”

Mairead Haswell, physiotherapist for the Academy and Women’s team, has been heavily influential in aiding Danielle’s recovery. She believes that the striker has done remarkably on the road to regain full fitness.

“I met Danielle five months post-op and she’s always been very strong. She was already running when we first met and it was obvious that she was an athletic and determined individual.

“I’ve had to hold her back slightly during her rehabilitation to look after her. She’s mentally strong and she’s worked incredibly hard to get back. We’ve tackled the rehabilitation step-by-step targeting each marker. Richie was so impressed when he met Danielle too. It’s been a dream rehabilitation case.

“Football’s a massive part of her life and she loves the game. Despite being out for such a long time, she was still turning up to all the training sessions and all the games. She’s been desperate to get back and has been so motivated throughout the process. She’s honestly been a dream to work with.”

Pre-season | Midweek training session for the #Bluebirds as they prepare for their new season. #CityAsOne ?⚽️?⚽️ pic.twitter.com/bkwrn05bUi

Mobility and recovery coach Richie Hughes is also delighted with Danielle’s progress. Hughes praised her fitness and believes that she demonstrated a correct approach following her set-back.

“Danielle has done a fantastic job to achieve the level of fitness she’s at now. It wasn’t easy for her, but she showed the right attitude and great determination to recover from her long-term injury.

“The whole team as well have been brilliant to keep up the high standards of fitness. I’ve been with the girls this pre-season and they’ve all shown great enthusiasm. The aim is to work hard and we’re trying to build a culture within the squad.

“I’ve been helping the team to prepare each week and they’ve all responded well. The whole squad’s together and we work hard as a team.”