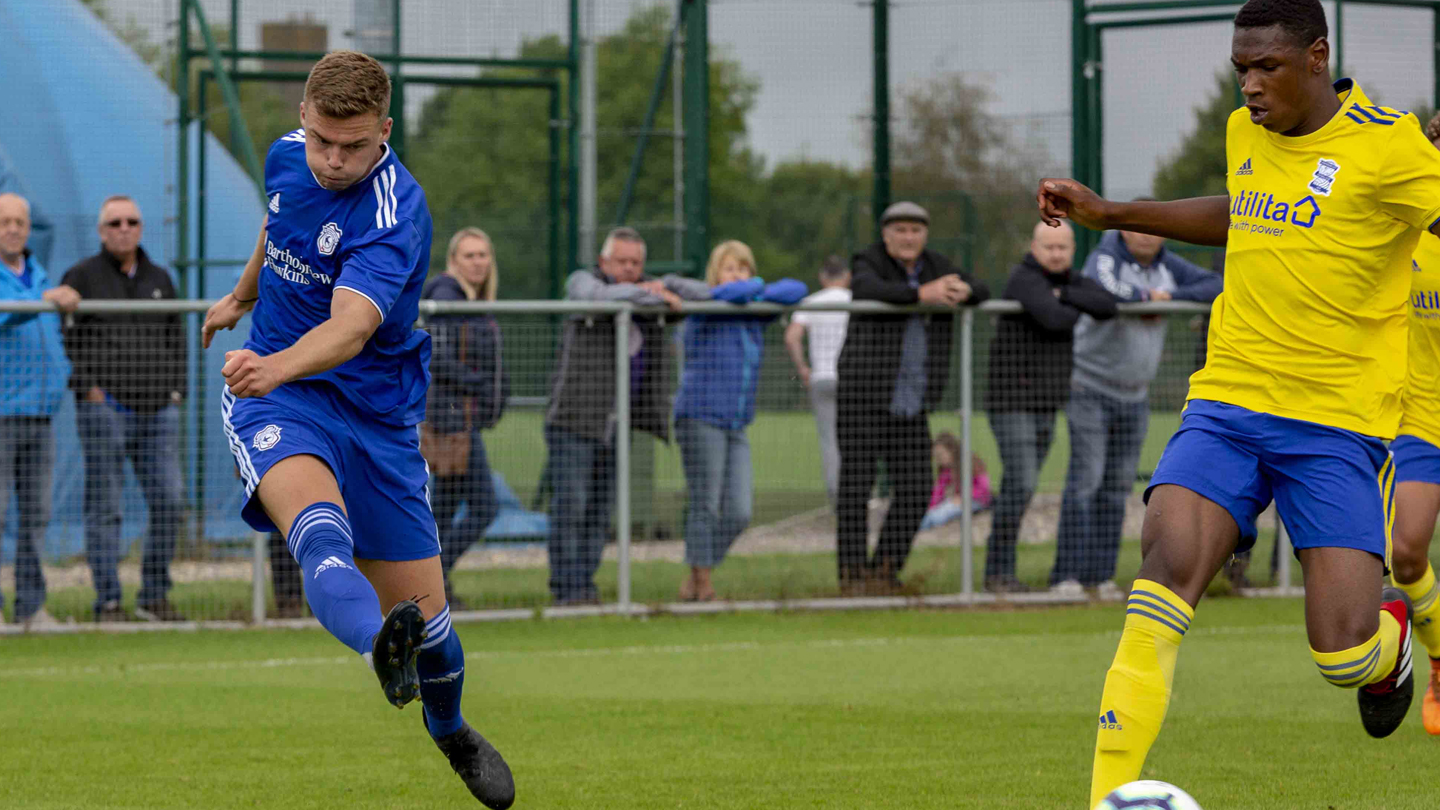 Cardiff City’s U18 side return to league action after the international break against Severnside rivals Bristol City, with the young Bluebirds hoping to pick up where they left off and maintain their 100% record in the league at SGS College – 10:30am kick-off.

Craig Bellamy’s side sit top of the PDL2 South, after a blistering start to the season resulted in twelve points from a possible twelve in City’s opening four games. Trystan Jones, Sion Spence and Daniel Griffiths all found themselves on the scoresheet in a 3-1 win against Hull City at Cardiff International Sports Campus.

Bristol City currently sit fifth in the PDL2 South, picking up six points from their opening four games, with their most recent fixture a 2-1 defeat to Nottingham Forest away from home. The Robins finished seventh last season, accumulating thirty points from twenty-eight games in the Professional Development League 2.

Trevor Challis’ side were knocked out of the FA Youth Cup in the third-round, losing 2-1 to Birmingham City. Forward Antoine Semenyo, who is currently on loan at Newport County, scored the Robins’ only goal that night at Ashton Gate. Bristol City haven’t progressed beyond the third-round of the competition in over three years, having been knocked out against Aston Villa in 2016 and by the Bluebirds, 4-0, at Ashton Gate in 2015.

Bristol City’s Academy Manager is Gary Probert, who has been in the role since March 2016. He has worked for the Gloustershire FA and coached across all age groups for the Robins.

Their U18 side are managed by Trevor Challis, who provides a depth of knowledge and experience as an ex-professional and ex-England U21 international. The former full-back’s notable clubs include Bristol Rovers, QPR and Shrewsbury Town. Challis started his association with Bristol City in 2010, working his way up to U18 manager over a number of years; he is currently assisted by Neil Swift.

The Bluebirds have an impressive record against their Severnside rivals, having not lost a game against Bristol City for over two years. The most recent meeting between the two sides was January 20th, 2018, with Sion Spence and Connor Davies both getting on the scoresheet in a well-fought contest in Bristol, resulting in a 2-1 win.

You’d only have to go back to November to find the last time that Cardiff City won the Severnside derby at home. Last season’s PDL2 top goal-scorer Sion Spence grabbed his ninth goal of the season with a low finish in the 57th minute. Isaak Davies also got on the scoresheet with a superb solo goal in a 2-0 win at USW Sports Park on Friday, November 3rd.

Ahead of the match, City’s U18 Head Coach Craig Bellamy explained he was looking forward to the physical test that the derby would bring.

“Bristol City away will be a tough game, in the Severnside derby. We did very well there last year. It was a physical game, but we matched them and were also able to play.

"It’ll be a tough game as it always is, but just the type of game we need at this age group.”