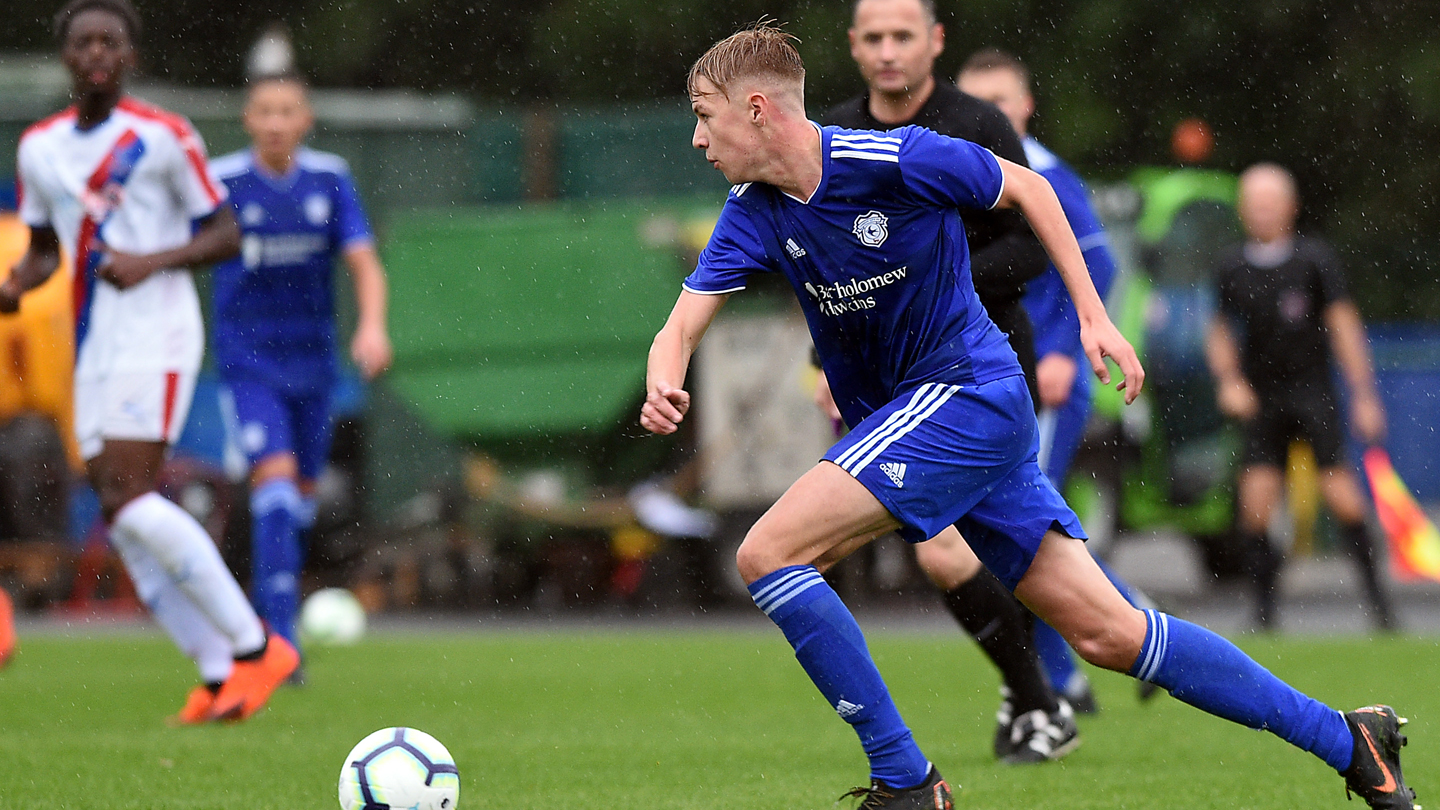 Cardiff City’s U18 side fell to a single goal defeat, against Crystal Palace, on Saturday, 22nd September 2018.

Craig Bellamy elected to make three changes for this match, with Jac Davies, Ryan Kavanagh and Eli King all selected in the Starting XI.

Palace started strongly, with Teteh-Quaye causing the young Bluebirds a few problems early on. George Ratcliffe had to make a strong save from his powerful strike in only the second minute, before having to be quickest to react and collect a loose ball just minutes later.

City would give a good account of themselves and have their chances early on, though - Rubin Colwill made an excellent run after 11 minutes, splitting apart the Eagles defence. Colwill tested Palace ‘keeper Luthera with a powerful right-footed strike from outside the box, but the shot stopper made an excellent save to keep the scores level.

The young Bluebirds had arguably their biggest chance of the game with twenty-six minutes played as Luthera made a huge mistake and gave the ball away in a dangerous position. I. Davies collected the ball and found Colwill on the edge of the box. His attempt rose narrowly over the goal.

Bellamy’s side continued to dominate the game in extremely damp conditions at the Cardiff Intenational Sports Campus, and almost found themselves ahead ten minutes before the interval. Davies struck a great low-effort from inside the box, which Luthera spilled – but the keeper recovered in time to spare any embarrassment and go into the break level.

The visitors would make one change at the break, with Joshua Malcolm on for Rob Street as the visitors looked to enforce their attack and score the opening goal. Despite this, City had the ball in Palace’s net just two minutes after the restart. Ryan Kavanagh finished past Luthera from close-range, but the effort was chalked off for offside.

Luthera continued to be tested throughout the early stages of the second-half, as City searched for an important goal to break the deadlock. He pulled off a sublime double-save on 56 minutes, when City should’ve found themselves ahead after a right-footed attempt from Isaak Davies at point-blank range.

Despite City’s dominance throughout the half, they were punished for not capitalizing on their chances with ten minutes left in the game. Substitute Josh Ajayi rose highest in City’s box before heading past Ratcliffe to score a goal against the run of play in agonizing fashion for the young Bluebirds.

Cardiff City continued to press for an equalizer, but ultimately failed in their efforts to find a goal and fell to their second league defeat of the campaign.