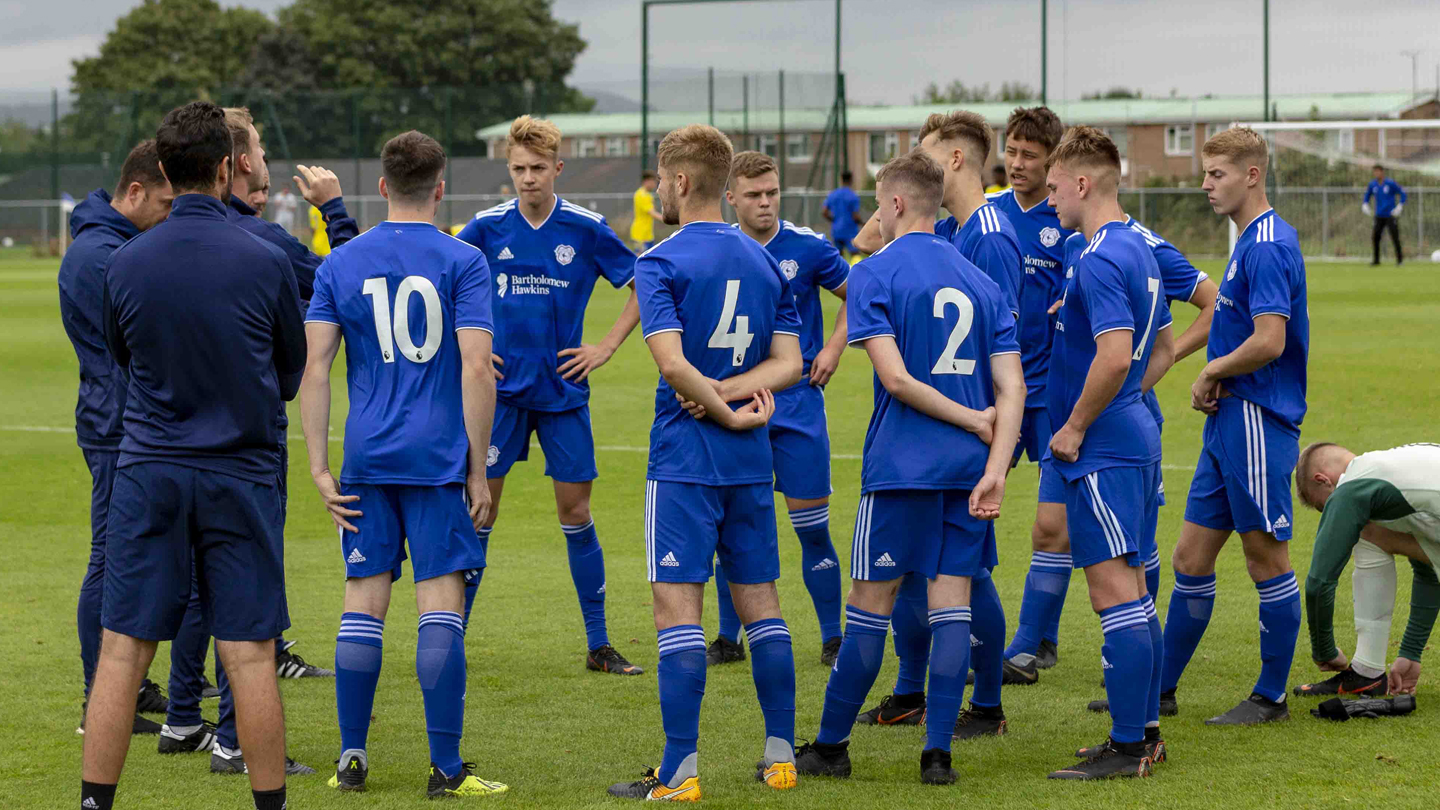 Cardiff City’s U18 side fell to a narrow defeat at SGS College on Saturday, 15th September, courtesy of a close-range finish from forward Marcus Day in the first-half.

U18 Head Coach Craig Bellamy said in the build up to the fixture that he expected a tough and physical game against the Robins, and the fixture didn’t disappoint. Isaak Davies had an excellent chance in the third minute, when the forward latched onto an excellent long-ball, but his right-footed strike fell just wide of Will Buse’s goal.

The young Bluebirds continued their fast-paced start to the match and had a half-chance just minutes after Davies could’ve broken the deadlock. Dan Griffiths made a great run down the right byline and tried to pick out a City player in the box, but ultimately, he was left with no reward for his efforts.

It would be the ever-influential Griffiths, who caused a number of problems for Bristol City in the opening period, that had a chance to put Bellamy’s side ahead. He hit a powerful effort on his right-foot which forced Buse into a smart save at the near-post.

Despite being in control of the match, City found themselves behind in the Severnside derby, with just under fifteen minutes until half-time. The hosts took a quick throw-in from the right, which caught out Bellamy’s side. Within the space of a few seconds the ball was delivered into the box by Sam Parsons and finished off by Marcus Day with a composed finish past George Ratcliffe in the 33rd minute.

Just a minute later, Griffiths should’ve drawn the game level. The City striker looked certain to have got the visitors back into the game with a header f, but Buse somehow managed to keep the ball out of the Bristol goal.

Bristol City continued to be put under pressure by the frontline of I. Davies, Rubin Colwill and Griffiths, but ultimately Trevor Challis’ side managed to see out the remainder of the first-half with their lead intact.

For all their efforts, the young Bluebirds side were lacking a little luck in the final third against a dogged defence. Griffiths was given a huge opportunity to level for the visitors, in a second-half with very few chances. The forward found space in a crowded area to rise the highest and direct a header towards Buse’s goal, but his attempt drifted just wide at a crucial point in the game.

Cardiff City continued to push for a goal which would keep their unbeaten streak alive, but they were kept at bay for the remaining ten minutes of proceedings as Bristol City claimed their third league win of the season.