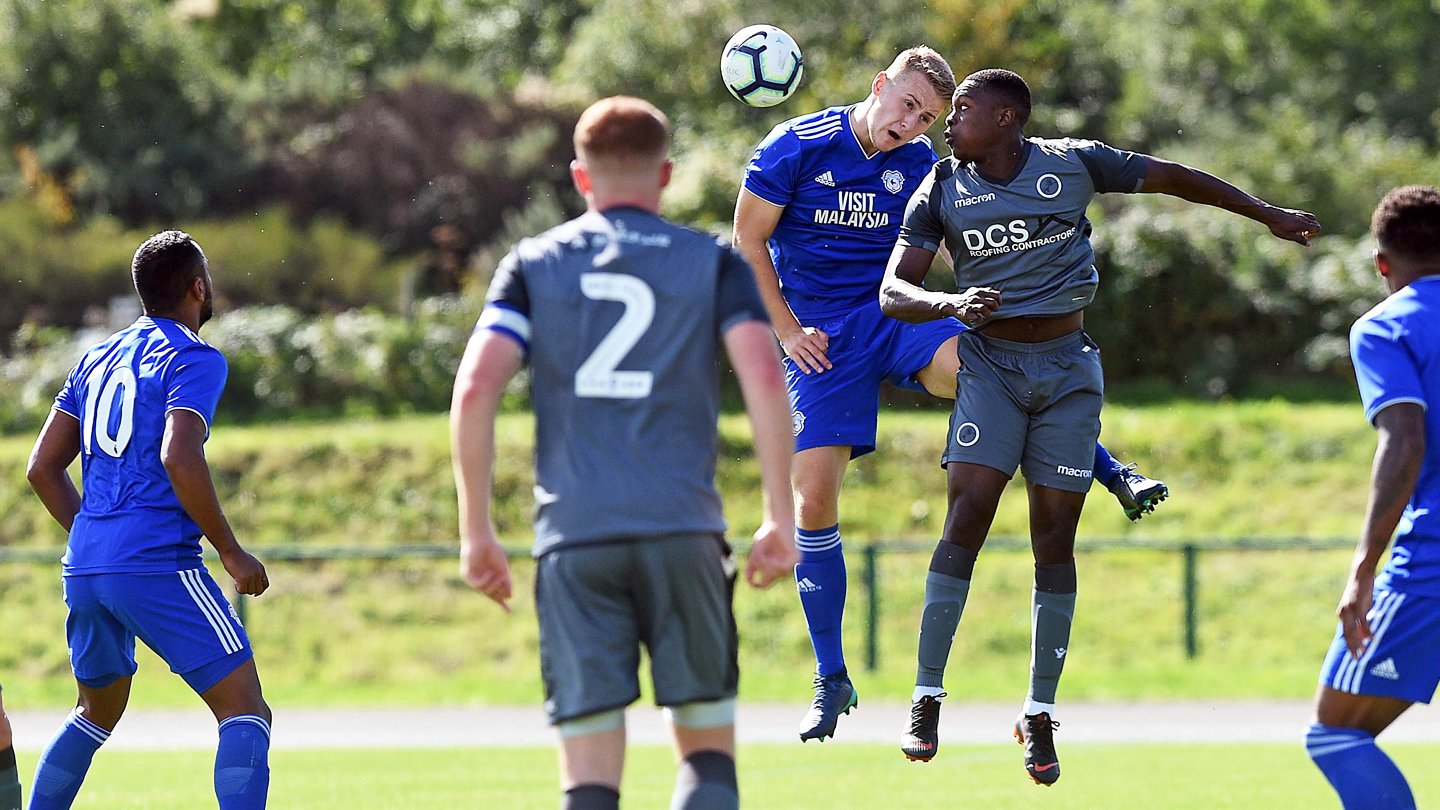 Cardiff City's U23 side were forced to share the spoils after a tough draw at home to Millwall on Monday, September 24th.

Jarred Harvey made five changes to the side that faced Coventry City at the Alan Higgs Centre last time out. Matthew Hall, Tyrone Duffus, Jack Bodenham, Loïc Damour and Kadeem Harris all came into the starting XI.

It was a positive start from the Bluebirds who deservedly took the lead after just four minutes. Following a lively build-up, Cameron Coxe set-up Harris who took his time before unleashing an exquisite curling effort into the top right of goal from 20 yards.

The winger almost had a brace 13 minutes later. Harris skilfully dribbled his way into the area but saw Ryan Sandford save at full-stretch to deny another curled effort from the 25-year-old.

However the former Brentford man was not be denied his second goal. Coxe was involved again when he was brought down in the Millwall penalty area following a swift counter; resulting in a Bluebirds penalty. Harris took the spot-kick and emphatically fired home with ease to double the lead, just before half-time.

City started the second half strongly and could’ve extended their lead through Jamie Veale. The midfielder curled just over from 15 yards after behind picked up superbly by Coxe, from the right.

Millwall pressed for a way back into the game moments later and reduced the deficit five minutes after the restart. Michel Parker tapped home from close range following a dangerous counter attack from the Lions.

There was a lack of chances as the game entered its closing stages. However, with ten minutes remaining, Harris almost grabbed a hat-trick. Damour played a brilliant pass to the wide-man but his low shot was gathered by the ‘keeper.

The Lions turned on the pressure in the final minutes and earned a late equaliser. Joe Wicks fired home at close range to level the game.

It was a tough point to take as it remained all square at full-time. Their next outing will be a trip to face QPR on Monday, October 1st.