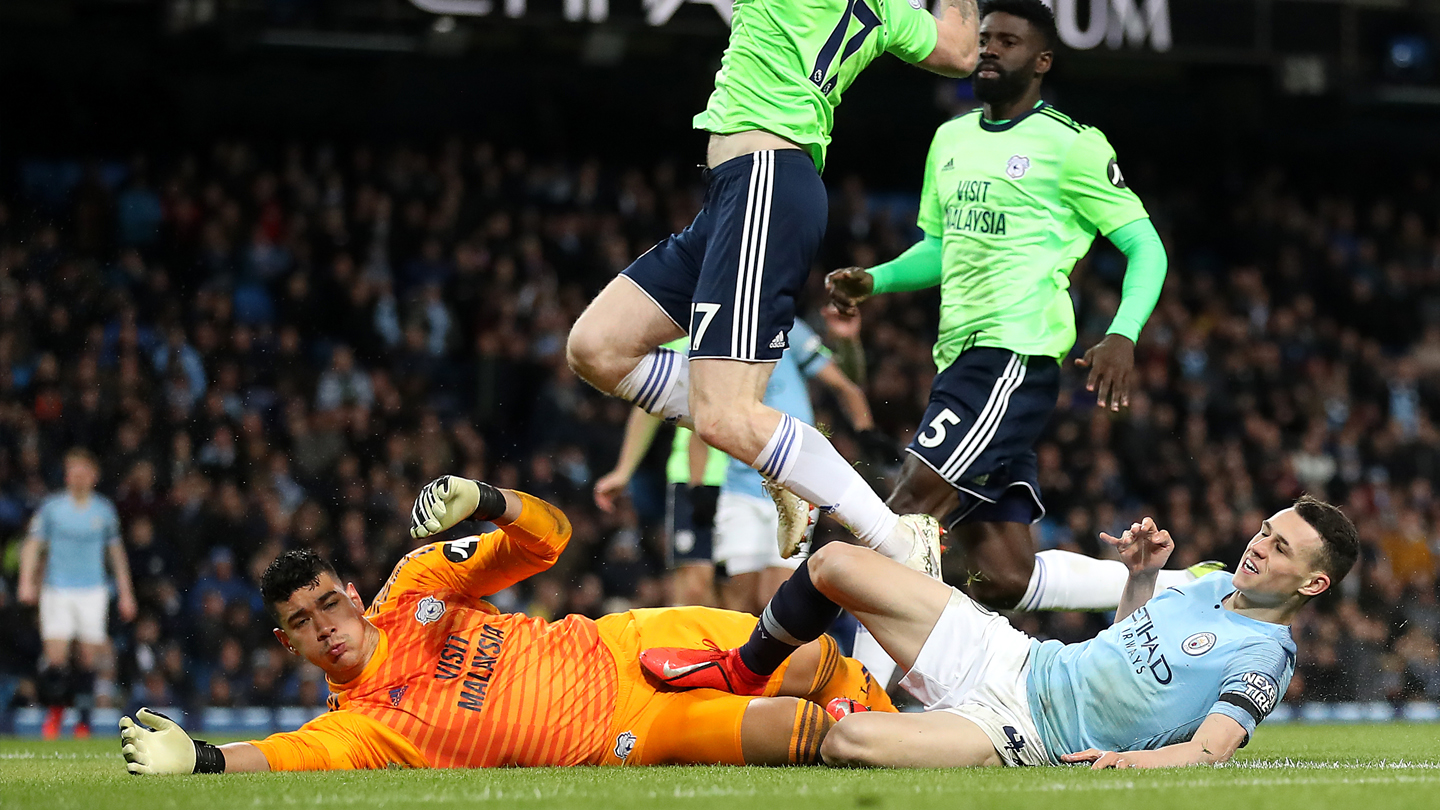 Etheridge: We're here for the challenge

The 29-year-old has played in all of Cardiff City’s 32 Premier League matches of the 2018/19 campaign to date, and began by underlining the importance of the Bluebirds' battling spirit.

“We knew it was going to be a battle from the start of the season,” he said. “If we were put in this situation then, we’d have taken it. We know it’s a big ask, but we’re here for the challenge.

“Everyone within the Club, especially the fans, have been behind us for the whole season, and we’ve got enough within the dressing room to stay in the Premier League.

“We’ve done well over the last couple of games - we won against West Ham and the Chelsea result was tough to take. However, the boys battled back and Manchester City were always going to be a tough task because they’re a world-class side.

“We knew they would have the majority of possession and we took the sting out of it when we could, so we did well."

Neil made a string of fine saves in Manchester, particularly in the second half, but went on to express his frustration at Kevin De Bruyne's early strike.

“It was a tough one," he added. "I spoke to him afterwards and it looked like he tried to cut it back but it just took a bit of a bobble. He did very well and obviously, it went into the roof of my net, which was disappointing, because we didn’t want to concede an early goal.

“From then on, we picked ourselves up, the boys stood up well and it was disappointing to concede another goal just before half-time.

"Overall, the whole team performed well and we want to carry on the momentum that we’ve got - that's the plan for the rest of the season.”