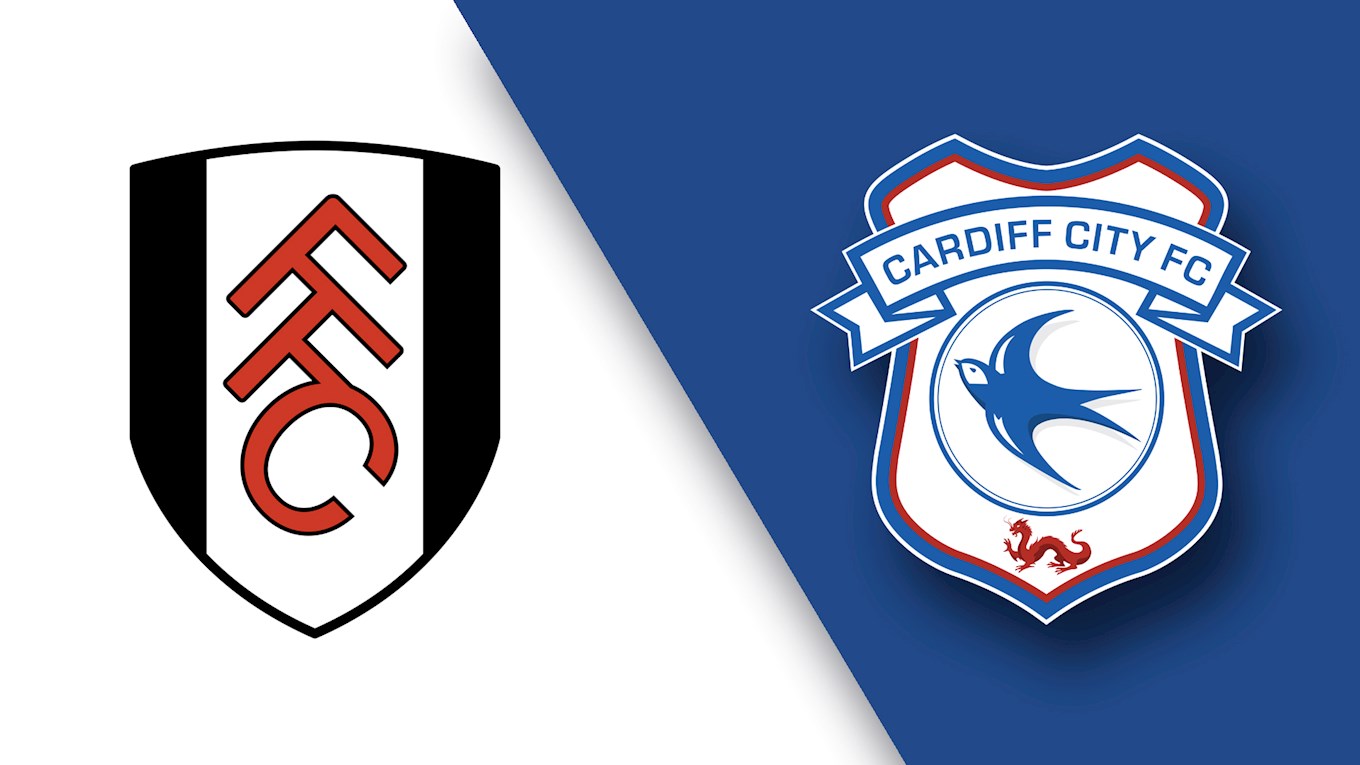 Match preview for Fulham vs Cardiff City on 27 Apr 19

This weekend, the Bluebirds travel to the English capital to face Fulham in their penultimate away match of the 2018/19 Premier League season.

Neil Warnock’s men will face a Fulham side at Craven Cottage whose relegation was confirmed at the beginning of April following a 4-1 defeat against Watford at Vicarage Road. Despite a disappointing campaign, the Whites have won back-to-back Premier League outings against Everton and AFC Bournemouth ahead of this weekend’s encounter. Their latter 1-0 triumph over the Cherries at the Vitality Stadium saw them record their first win win over their counterparts in a league match since 1994, as well as securing back-to-back top-flight wins for the first time since April 2014.

Aleksandar Mitrović is the club’s top goal-scorer this season, with his second-half penalty against Eddie Howe’s side – his 11th goal in all competitions for the club.

Following a poor run of form which saw Claudio Ranieri collect only three wins from his 17 matches in charge, the Italian departed the South-West London outfit. Scott Parker has since been in charge of the club and has won two of his opening seven matches. Parker is Fulham's third manager of the campaign, after Ranieri and Slaviša Jokanović.

Prior to his stint as caretaker manager, the 38-year-old made 128 appearances as a player at Craven Cottage – netting six times. During his career as a midfielder, he made a combined total of 572 appearances in all competitions, featuring for Tottenham Hotspur, West Ham United, Newcastle United, Chelsea and Charlton Athletic. During his spell at the latter, he won the Football League First Division title (now known as the Championship) with the Addicks in 1999-2000. Whilst at the club, he was awarded Charlton Athletic Player of the Year during the club’s 2002-2003 season.

The Bluebirds secured their first Premier League win of the campaign against Fulham at Cardiff City Stadium in October.

The Whites found themselves in front after a wonder-strike from World Cup winner André Schürrle after eleven minutes. The German international collected the ball 30 yards from goal, before firing his shot into the top right-hand corner to give the visitors an early advantage.

However, the Bluebirds hit-back and were on level terms through Josh Murphy. The winger drove into the box before unleashing his shot hard and low past Marcus Bettinelli.

Warnock’s men took a deserved lead moments later through Bobby Decordova-Reid, who netted his first goal for the club on the twenty-minute mark. The away side failed to clear their lines, before the ball eventually fell to the forward who calmly slotted the ball past the ‘keeper.

As the Bluebirds looked to extend their lead, the away side struck back. Aleksandar Mitrović neatly found teammate Ryan Sessegnon, who darted inside the Bluebirds’ box before lifting the ball over Neil Etheridge as the first-half goal fest concluded with the sides level at 2-2.

The Bluebirds began the second period looking to restore their lead and went close through Harry Arter and Callum Paterson, but with 25 minutes left of the contest left to play – the home side found their third. Bruno Ecuele Manga drilled a low-cross into the box which found Decordova-Reid. The forward helped the ball onto Paterson who squeezed his shot on the turn into the bottom corner.

The home side unzipped the Fulham defence one final time and took the game away from our opponents thanks to Kadeem Harris. Víctor Camarasa took full advantage of Tim Ream’s slip, powerfully striding forwards before clipping a cross to the far post to Harris who made no mistake in netting the Bluebirds’ fourth goal from close range.

The result handed Warnock’s side their first victory of the season as they moved out of the relegation places on goal difference, which delighted the Gaffer.

“We had a few knock-backs and showed a lot of character – everything was positive today,” said the boss at the final whistle.

Bluebirds shot-stopper Neil Etheridge began his professional career at this weekend’s opponents. The 29-year-old made one appearance for the Whites in a UEFA Europa League encounter during their 2011-2012 campaign against Odense Boldklub. Etheridge signed for the Bluebirds in the summer of 2017 and has made 82 appearances since his arrival.

Jazz Richards is another current first-team player to have represented both City and Fulham. The Welshman joined the Whites on-loan during their 2014-2015 season and made 14 league appearances that season. In the summer of 2015, the defender signed for the club on a permanent deal and made a further 26 appearances in all competitions before putting pen-to-paper with the Bluebirds in July 2016.

Scott Malone departed the Bluebirds as part of the Richards deal after making 56 appearances while in South Wales. The left-back will fondly be remembered by the Cardiff City faithful for his stunning last-minute equaliser against QPR at Loftus Road in August 2015 – the defender’s only goal as a Bluebird. The 28-year-old joined the Whites in July 2016 and made 42 appearances in all competitions, scoring six goals during his spell.

Former Bluebirds forward Ross McCormack moved to London in July 2014 and made 100 appearances in all competitions, netting 42 times. During his stint, the 13-time capped Scotland international won Fulham’s Player of the Year Award in back-to-back campaigns in 2014-2015 and 2015-2016. After two seasons, the 32-year-old departed the South-West London outfit and signed for Aston Villa for an undisclosed fee.

Alan Cork ended his playing career at our counterparts. The former Bluebirds boss made 15 appearances during their 1993-1994 campaign, finding the net on three occasions.

“Usually, I’d have missed it totally, but that one flew into the top corner.

“That was the start of my love affair with the fans. I moved back to centre-half and split my head open. That was it – we were linked together after that.”