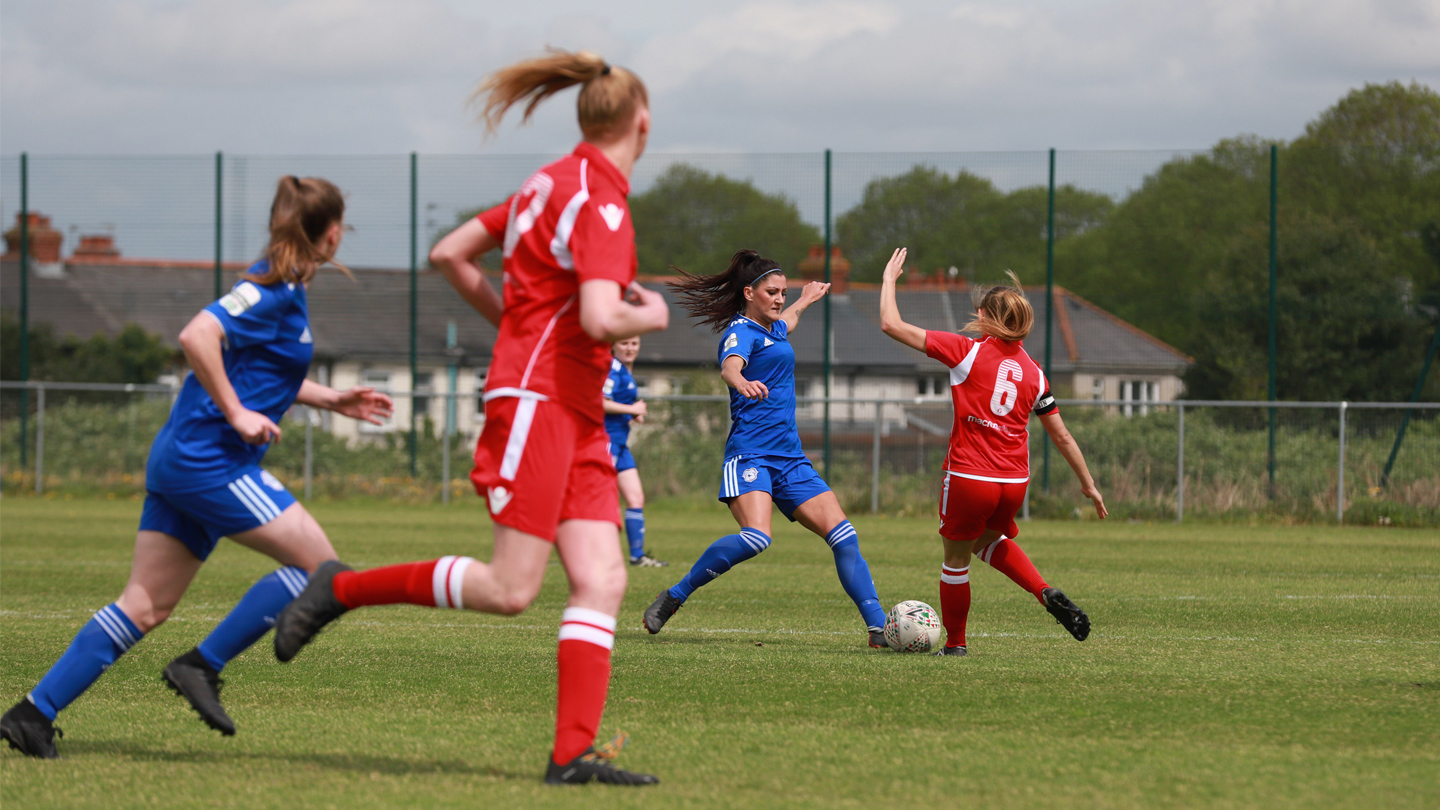 Two changes were made to the side that defeated Port Talbot Town Ladies 1-0 last time out, as Mollie Jones and Daisy Connolly entered the starting XI.

The Bluebirds got off to a flying start and opened the scoring after three minutes through Murphy. Playmaker Danielle Broadhurst’s through-ball was gathered by the forward on the right edge of the area and she struck into the bottom left corner.

Three minutes later, City came close to a second as winger Danielle Green’s dangerous, low cross from the left flank found Broadhurst, who poked into the arms of goalkeeper Charlotte Hastings. With 12 minutes played, the Pennies equalised through striker Lyndsey Davies’ close-range finish and took the lead shortly after, as midfielder Jeremiah struck.

The hosts eyed a leveller and had an opportunity after 19 minutes, as Catherine Walsh found sight of goal inside the area, but curled into Hastings’ arms. 15 minutes later and down the other end, the visitors looked for a two-goal cushion and goalkeeper Ceryn Chamberlain did well to keep out midfielder Lauren Boyd’s effort from the edge of the box.

After the interval, it took Cardiff City six minutes to near an equaliser through Catherine Walsh’s free-kick from just outside the area, which was kept out by Hastings. Seven minutes later, Abergavenny had a third as Lyndsey Davies secured a brace and shortly after, the forward was denied a hat-trick by Chamberlain’s superb stop.

The Bluebirds hunted for a way back into the game and nearly got one back after 66 minutes. Murphy turned near the area’s edge, although her shot travelled agonisingly close past the left upright. Two minutes later, Jeremiah sealed herself a brace and the Pennies extended the goal difference to three.

Green gave City hope with 15 minutes of the 90 remaining as she struck into the bottom left corner, however from the next phase of play, the visitors added a fifth through Jeremiah’s hat-trick goal. Three minutes later, Jeremiah was denied a fourth by a strong one-handed save from Chamberlain, prior to Broadhurst striking over the crossbar from a distanced free-kick.

As the match neared full time, there was a sixth for Abergavenny as midfielder Laura Davies added her name to the scoresheet. No further opportunities arose and Cardiff City concluded this campaign’s meetings against the Pennies with two wins and two losses.