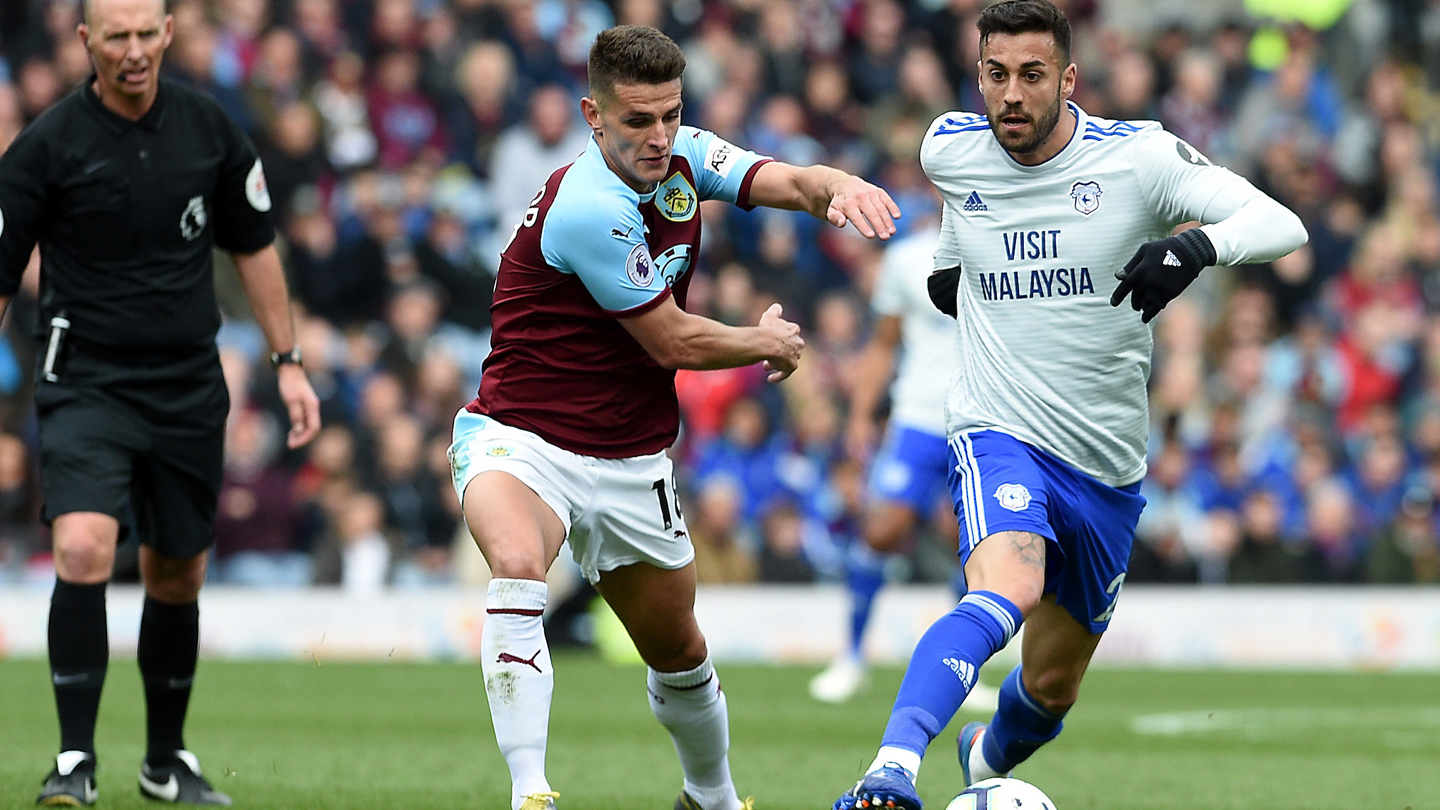 Match report for Burnley vs Cardiff City on 13 Apr 19

Chris Wood scored twice for Burnley, as they defeated the Bluebirds, 2-0, on Saturday, April 13th.

Neil Warnock made two changes to the side that had faced Manchester City last time out. Oumar Niasse and Joe Ralls took up spots on the substitutes bench as Kenneth Zohore and Harry Arter were welcomed into the starting XI at Turf Moor.

The Bluebirds had an early let-off as Burnley forward Chris Wood headed against the post from a few yards out with just 90 seconds on the clock.

City grew into the match, and had chances of their own. Winger Josh Murphy tried his luck with two long range efforts after 13 & 16 minutes, but former Bluebird Tom Heaton was equal to both attempts.

Goalkeeper Neil Etheridge has been in fine form all season - and he made two important stops to deny Ashley Westwood on the half hour mark. The City No.1 didn’t have the same luck a few minutes later though as Burnley took the lead. Dangerous forward Wood met a corner from Dwight McNeil with a thunderous header that beat Etheridge and the Cardiff City defence.

It looked as if the Bluebirds would be given a great opportunity to level the game just after half-time as referee Mike Dean pointed to the penalty spot. Ben Mee was punished for handling the ball inside the box. However, a regular occurrence for Neil Warnock’s men recently, fortune wasn’t on their side. After consulting with his assistant referee, Dean reversed his decision - much to the chagrin of the away players and supporters.

The City players fought hard to find a way back into the match. Harry Arter’s effort on 54 minutes hit the top of the crossbar. The best chance for the Bluebirds came on 64 minutes. Kenneth Zohore broke in behind the Clarets back line - and placed the ball for Junior Hoilett to strike from eight yards. A tough bobble saw the Canadian international scuff the effort over the crossbar.

With seconds of the game remaining the home side scored a second goal. Wood was the man in the right place at the right time again, heading the ball over the goal-line from two yards out to secure all three points for his side.