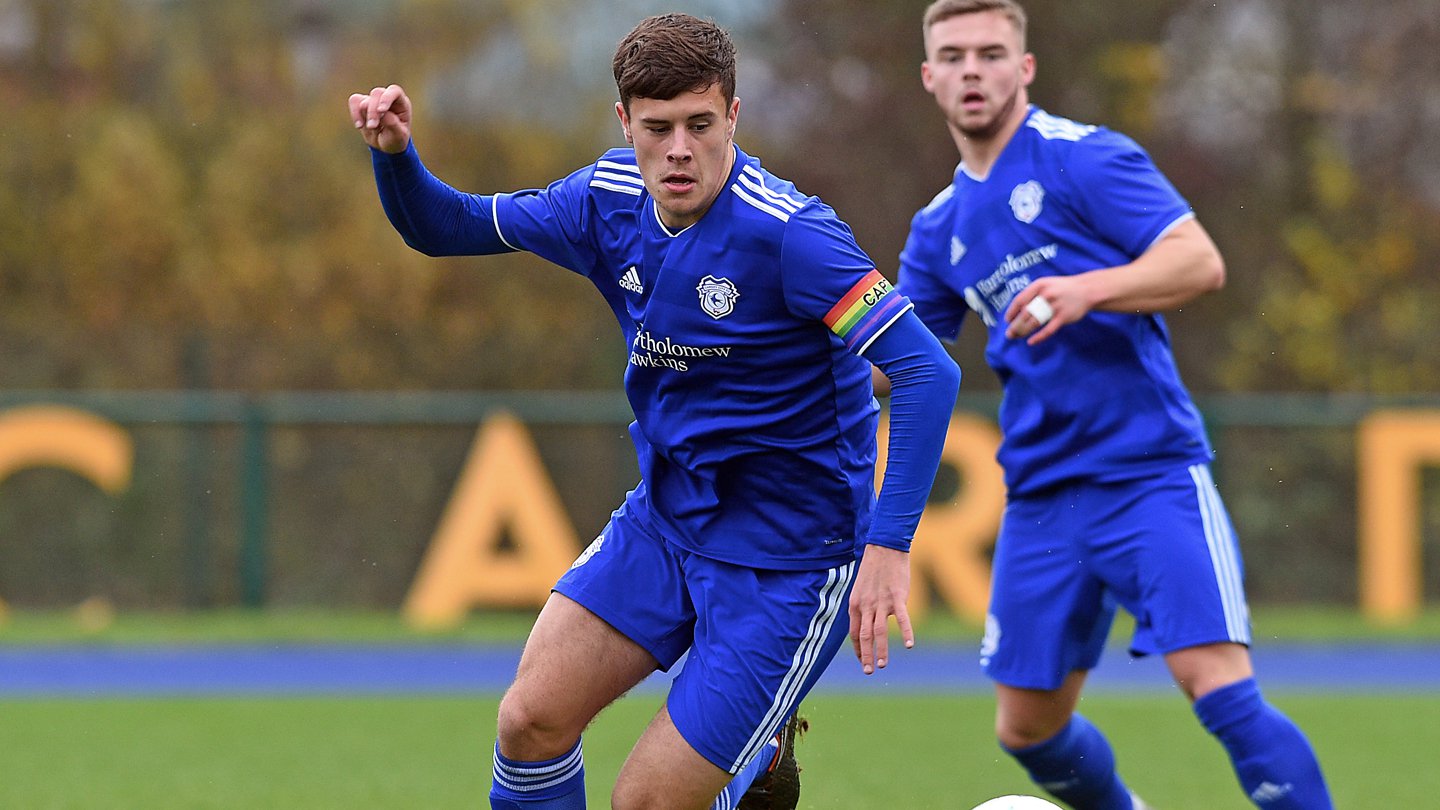 Cardiff City’s U18 side battled to a hard fought-point against Bolton Wanderers in their final away PDL2 fixture, with Dan Griffiths’ 71st minute goal enough for the visitors to come from behind and record a 1-1 draw.

Full-back Connor Davies started the game strongly, causing the opposing defenders a plethora of problems down the right-flank. He delivered a dangerous delivery into the box with nine minutes played, but it evaded his teammates and City were unable to capitalise on the chance.

For the early stages of proceedings, it seemed that both sides would struggle to create chances. Dan Griffiths would have a huge opportunity to put his side ahead on 22 minutes, but his effort from inside the Bolton area was saved by Luke Hutchinson.

City would continue to put the pressure on the Trotters, and with 29 minutes played Harry Pinchard tried his luck from the edge of the box. Pinchard’s effort would be matched by Hutchinson, who made a vital save to tip the ball over the bar.

George Ratcliffe would be tested by D’Neal Richards with just under ten minutes until the interval, but he was quick to prevent Bolton’s number six from breaking the deadlock.

The hosts would have one final chance in the first-half, as Matthew Argent-Barnes was inches away from getting on the end of a dangerous cross, but the forward couldn’t connect, meaning both sides went into the second-half level.

Cardiff City would start the second-period looking to take the early initiative in the game, with Griffiths unfortunate not to have put his side ahead with his powerful right-footed shot on 49 minutes.

On the hour mark, Kieron Evans found himself with a chance to finally give his side the lead that they deserved. Evans was played through by Griffiths and was one-on-one with the keeper, but he couldn’t find the required finish as the Bluebirds wait for a goal continued.

Despite having a number of chances against them throughout the second-half, it would be the hosts who would capitalise following a swift counter-attack. Declan Preyznte made no mistake in finishing past Ratcliffe against the run of play in the 69th minute.

After going behind, the visitors provided the perfect reaction to the set-back, as Welsh youth international Griffiths was in the right place to fire home from Ntazana Mayembe’s cross just two minutes after going behind, levelling the scores with under twenty minutes to be played.

Sam Bowen went close to giving his side the lead with fifteen minutes left, but the City skipper was denied by a moment of excellence from Wanderers goalkeeper Hutchinson. Hutchinson managed to keep out Bowen’s effort which seemed destined to give Cardiff City a one-goal lead, and the two sides fought out the remaining moments searching for a winner but were forced to settle for a point apiece.