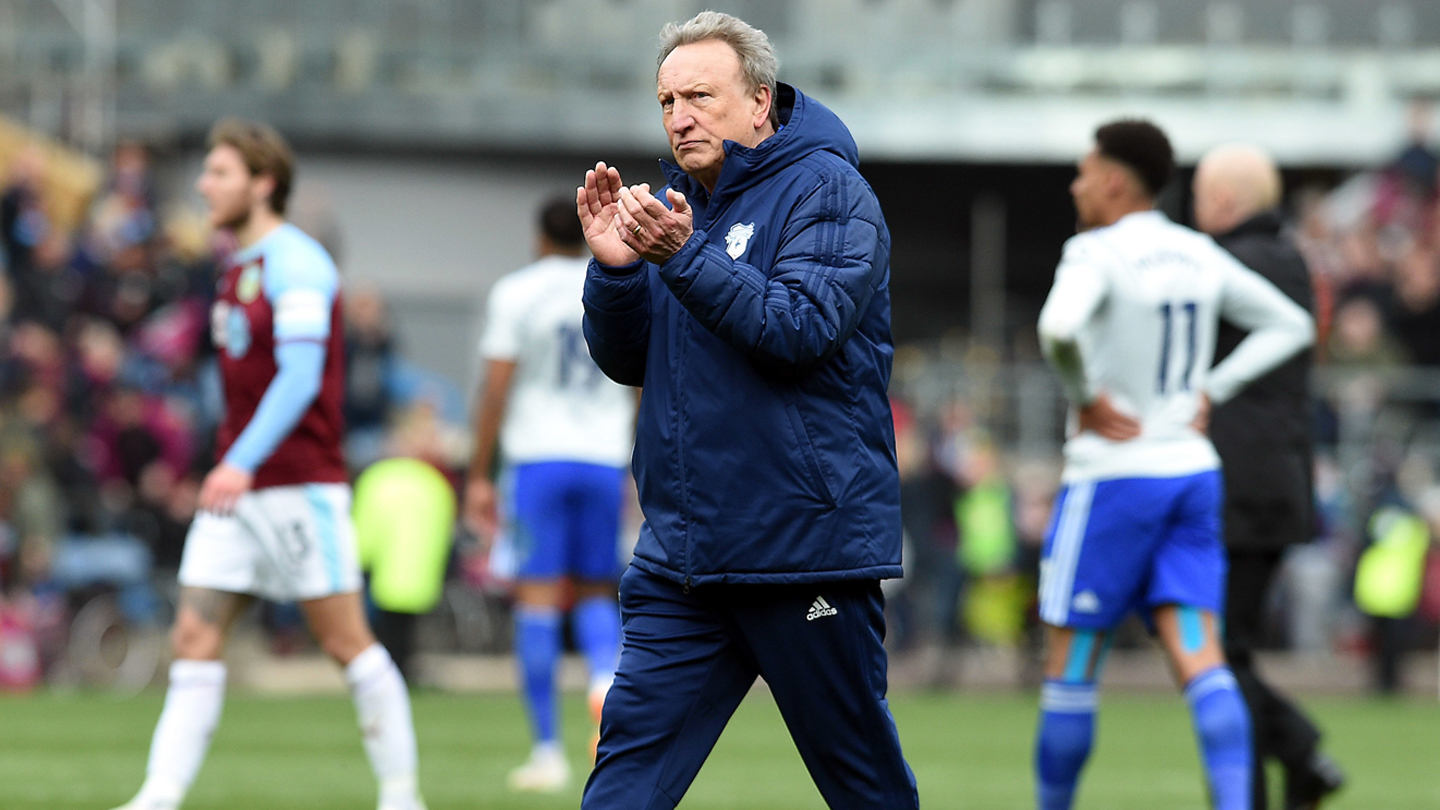 Warnock: We live to fight another day

“I thought the lads were super, especially in the second half and our fans were also fantastic,” began Neil following the final whistle. “They’re a great bunch and I can’t fault any of them, but we were punished and it’s hard playing Burnley when they’re 1-0 up because it’s difficult to get into the flow.

“At half-time, I told the lads that we can play better than we had and if we moved the ball quicker and got into their box – we could win the match, but it’s frustrating when one thing after another goes against you.

“On another day we could’ve won it, but it wasn’t to be and we were just lacking that bit of quality, so it’s disappointing. We’re still fighting and smiling, but gutted underneath.”

The Gaffer went on to express his frustration at a controversial overturned penalty decision in the second-half, prior to looking ahead to the challenge of Brighton & Hove Albion on Tuesday evening.

“The fourth official told me that Mike [Dean] didn’t see it, and the linesman gave it on the far side. But once Mike gave it and was surrounded by their players, he decided to go and talk to his linesman and from 75 yards away, the other linesman told him it came off the head first, so they didn’t give it.”

Neil concluded: “It’s another kick in the teeth, but we’ve got to get over it again and we live to fight another day, so we’ll give it our best shot away to Brighton on Tuesday night.”