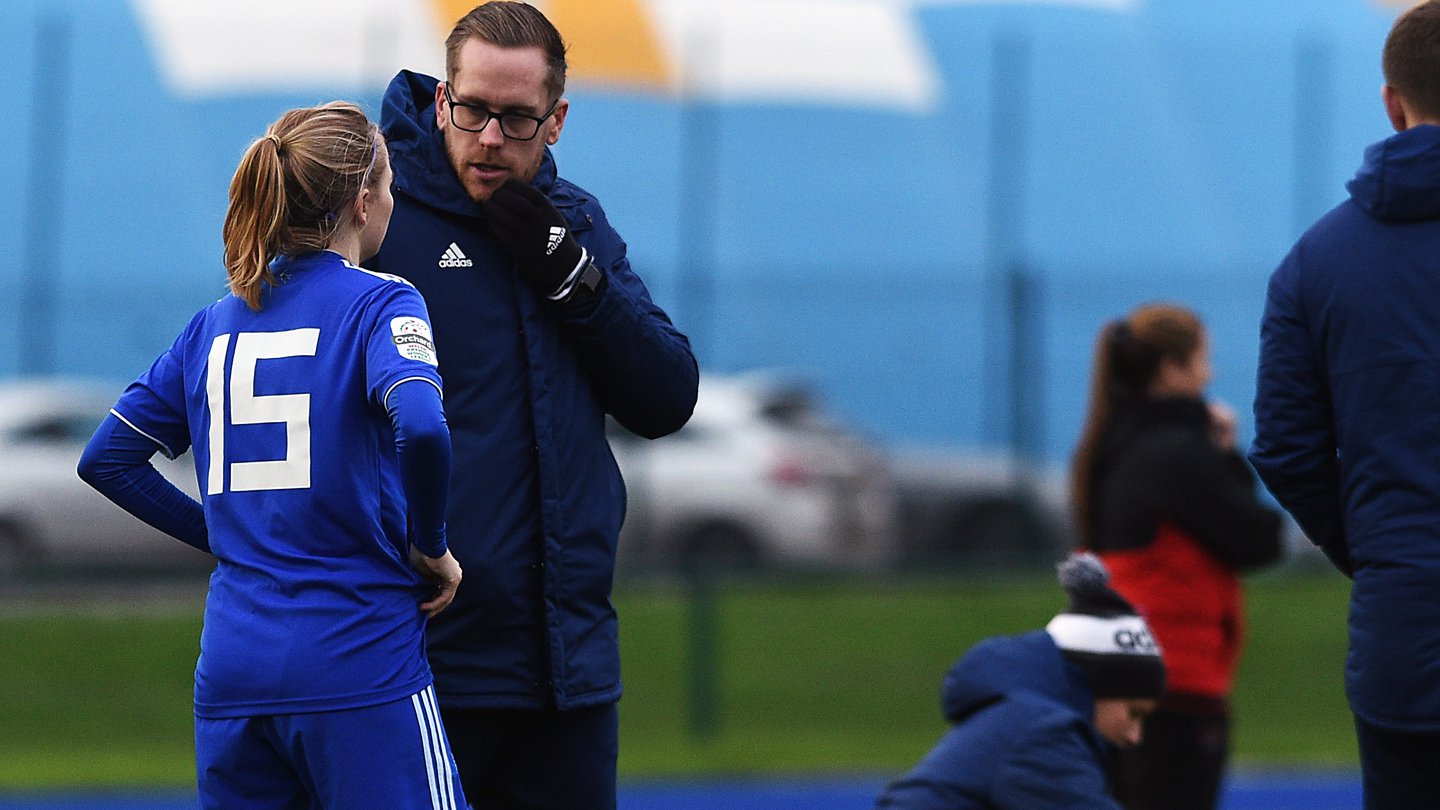 Alana Murphy’s first-half brace sent City into a comfortable lead at the break and after the interval, Emily Griffiths and Zoe Atkins added their names on the scoresheet, before Sophie Norman netted a consolation goal for the hosts.

“I was really impressed,” began Joel following the final whistle. “The girls moved the ball around well and by doing that, we earned their respect, which made it easier for us in the second-half and allowed us to play more expansive.

“We pressed with tempo and intensity, created quite a lot of chances and it was good to get a few on the scoresheet too. Our options on the bench enabled us to mix it up a little bit and Zoe [Atkins] took her goal very well.”

City have two WPWL fixtures remaining for the 2018/19 campaign and Joel went on to express the importance of finishing on a high by winning them ahead of next season, and to stay in the battle for second place.

“It’s about transferring that performance into the last two games,” he continued. “We told the girls that we want three wins from the final three games, so that’s one down, but we need to keep the momentum going ahead of the new season.

“We’ve got two tough encounters against Port Talbot Town and Abergavenny, although if we play like we did against Cyncoed – we’ve got nothing to worry about.

“Swansea City have got a game in hand on us, so we’ll chip away at the last two and if they drop a couple of points, we could finish second, but either way we’ve improved from last season.”

Murphy’s double in the opening period set-up the convincing victory and the 21-year-old became the squad’s top scorer in all competitions, with 14 goals.

“The team played well as a whole,” she added. “We improved massively from last time out and it’d be great to finish the season off with another two wins.

“It was nice to get two goals because I feel like I haven’t scored in a while and helping the girls to victory made it even more special.”

Joel concluded by praising the forward’s performance, saying: “Alana finds herself in the right places and nine times out of ten, puts the ball in the back of the net.

“Getting her in the right positions is half the battle and thankfully, she’s worked hard over the past couple of weeks, taken onboard what we’ve said and she did well.”