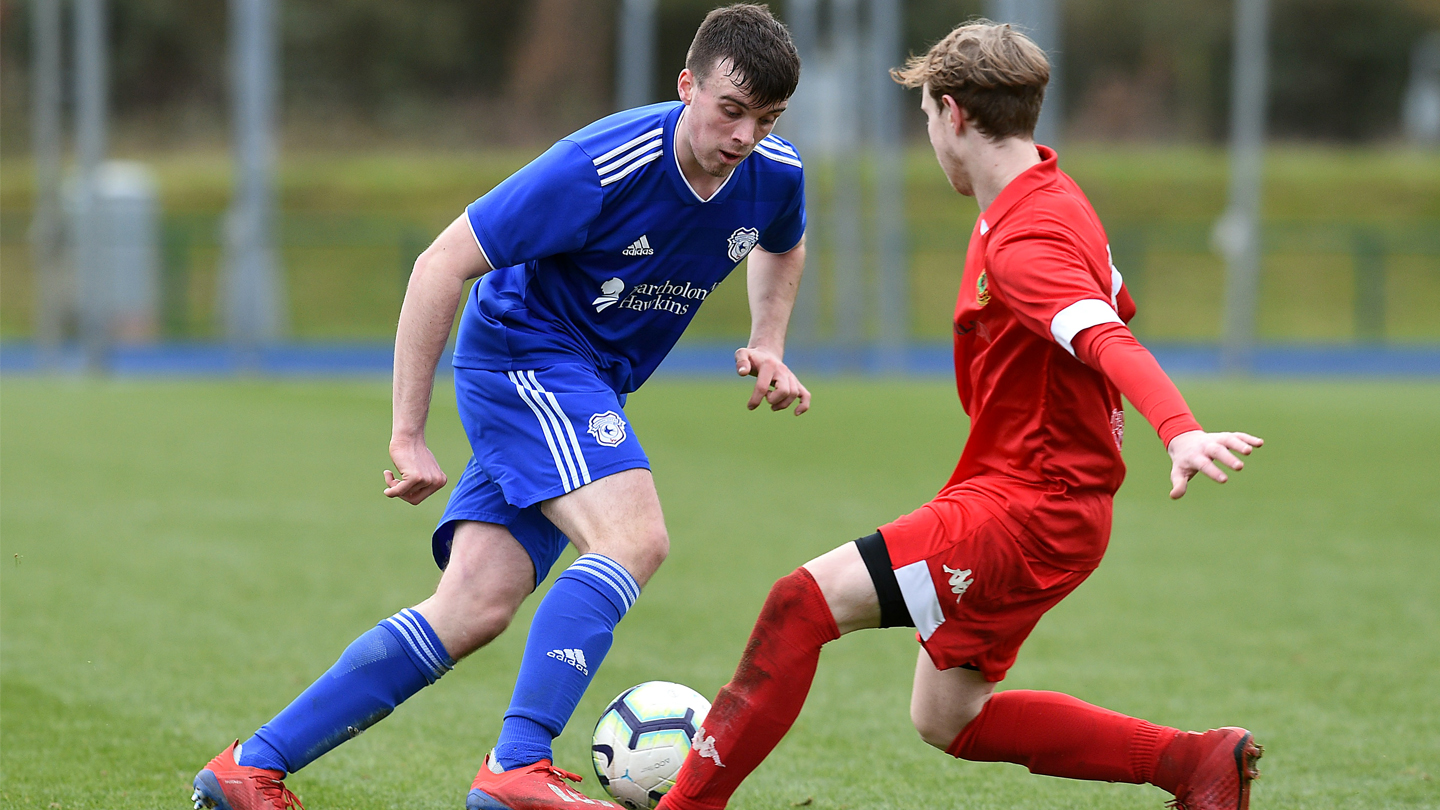 Cardiff City’s U19 side progressed to the Semi-Finals of the FAW Youth Cup after a dominant display at Cardiff International Sports Campus on Sunday, February 3rd.

City named a strong side ahead of their quarter-final against Llanelli Town, electing to select current U18 top-goal scorer Dan Griffiths in the squad which also included U23 regulars Laurence Wootton and Daniel Martin.

Sion Spence got the game underway for City, and it took just six minutes for the forward to open the scoring. Martin made a superb run down the right byline from the halfway line, before finding Spence in space, who calmly finished past the visitors' goalkeeper into the bottom-right corner.

The young Bluebirds continued to impose their dominance after opening the scoring, with Laurence Wootton doubling his sides advantage with a slightly unconventional header fifteen minutes into the game.

After an excellent start to the first-half, Martin finally got on the scoresheet. The full-back took advantage of a goalmouth scramble to poke home from close-range with nineteen minutes played.

Wootton continued to cause the visitors a plethora of problems, and he was brought down inside the box under pressure, with the referee pointing to the spot. Griffiths stepped up and remained composed to finish past Rees and record his seventh goal in the FAW Youth Cup this campaign.

Jordan Duffey made a smart save to stop to keep his side ahead by four goals, and City went into the break firmly in control.

It was clear that Cardiff City went into the second-half with the same determination that they started the first with. Just minutes after the restart, Wootton’s low strike rattled the post and provided a reminder that City would remain dangerous throughout.

Ntazana Mayembe hit a sublime volley from inside the box on his right foot in the 49th minute, leaving Llanelli’s 'keeper with no chance as it nestled into the bottom-corner.

The hosts continued to search for another goal, having scored twenty-eight unanswered goals in the competition. Spence would provide the sixth, coming in the fifty-eighth minute.

Griffiths caused the opposing defenders all sorts of problems with his quality and threatening runs throughout. He headed home in the 74th minute, his composed effort putting the Bluebirds ahead by seven.

The forward would score another two goals, in the 77th and 83th minute respectively – Giving his side a nine-goal cushion after scoring City’s fourth, seventh, eighth and ninth goals of the afternoon.

Substitute Kieron Evans would score in the closing moments of the game, rounding off an excellent performance in the FAW Youth Cup which sees Cardiff City progress to the final four of the competition.