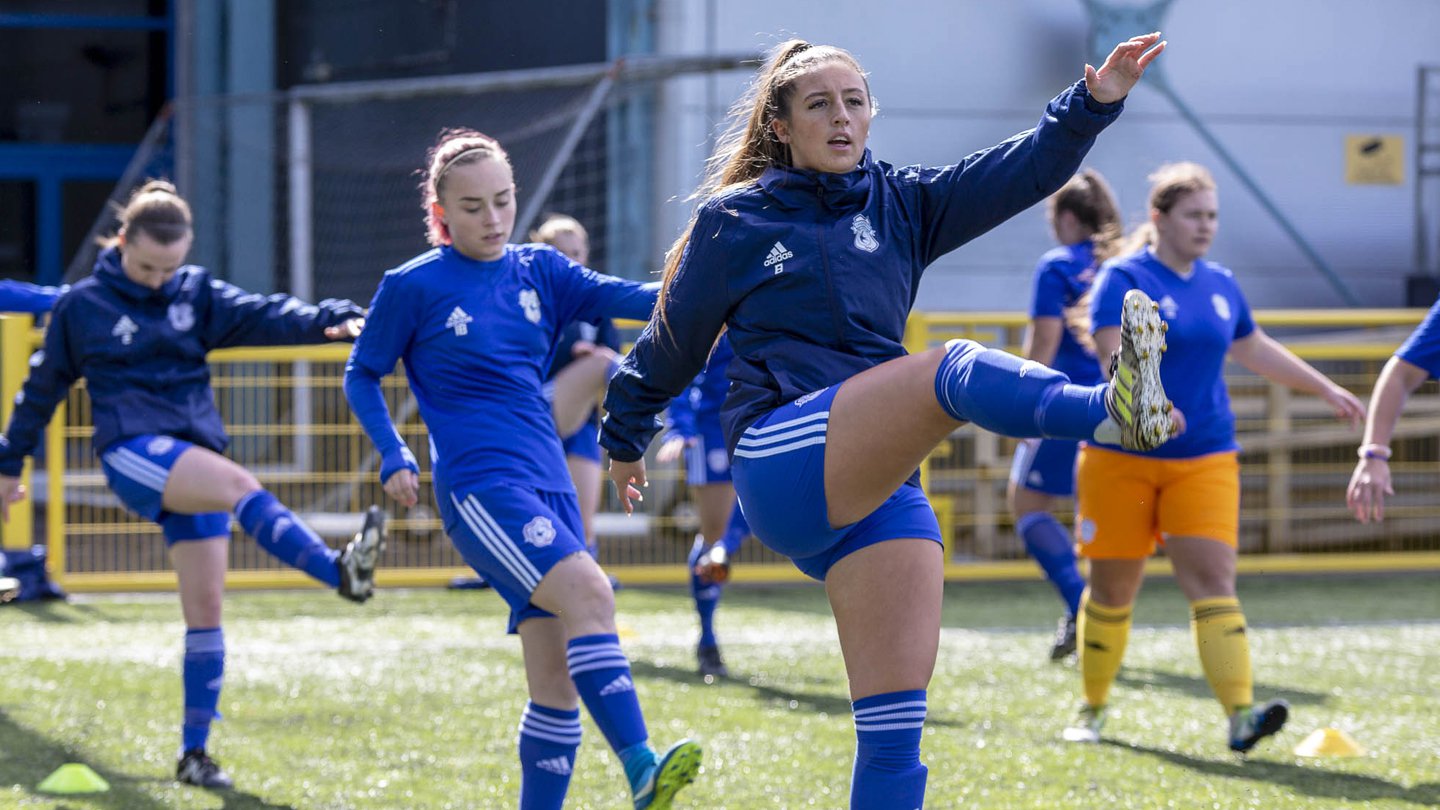 The Bluebirds currently sit fifth in the WPWL standings, one place ahead of the Seasiders, who are four points behind and have played one match more. The game is one of two in the WPWL this weekend and victory for City could see them rise to third in the table and level on points with second-place Swansea City.

Manager Joel Hutton spoke prior to the Llandudno test, discussing January’s challenge, the impact of the WPWL’s four-week break and the threat of Sunday’s opposition.

“We’ve got a tough January ahead and that starts with Llandudno,” began Joel. “We’ve four games within a month and we haven’t experienced that since September, so it’ll be a challenge. It’s a bit of a problem for us trying to keep everybody happy, but it allows us to get a bit of consistency and rhythm.

“It’s been a long break and like I said before; you can’t wait to have one, but when you get one, you don’t know what to do with yourself. Although, we’re looking forward to Sunday and we’ll have had a full week’s training, so hopefully we can begin 2019 with a win.

“Llandudno battle really hard and we ask our girls to never get into a scrap with them because we won’t win and that’s not saying that Llandudno are scrappers, but they work really hard as a team in midfield. It’s down to us to be in control of the football, move it well, be patient and then gaps will appear: that’s the message we’ve been giving to the girls since we changed the formation.”

Coach Iain Darbyshire revealed how the team kept fit over the festive break, before expressing the importance of beating Llandudno ahead of the South Wales Derby one week later, adding: “We’ve had a bit of time off and had the squad in for a fitness session just before and after Christmas, but the girls workout and go to the gym in their own time anyway, so they’re still in good shape.

“That will be important going into Sunday’s game and if we don’t win it, there’s no momentum going into the Swansea fixture, so we’re not looking past Llandudno: we’ve got to beat them and it’s as simple as that.”

Right-back Lisa Owen reflected on the interval and told of the team’s eagerness to win every match, saying: “Over the break, we had two fitness training sessions with Richie Hughes and some football training with Scott Davies too, which has kept us going.

“It’s nice to have a break sometimes, but it would’ve been nicer to round-off 2018 with a win over Swansea because we want to win every game. Although, we play them again in just over a week, which will give us a chance to take three points.”

Left-back Montana May commented on what she expects from the Seasiders, concluding: “We can’t afford to drop points on Sunday and we never expect an easy game against Llandudno. They always give everything they have and even though they’ll have the disadvantage of travelling up here; it’ll be a battle.

“They play with a high work rate for the full 90 and never give up, but neither do we, so it should make for a good game.”