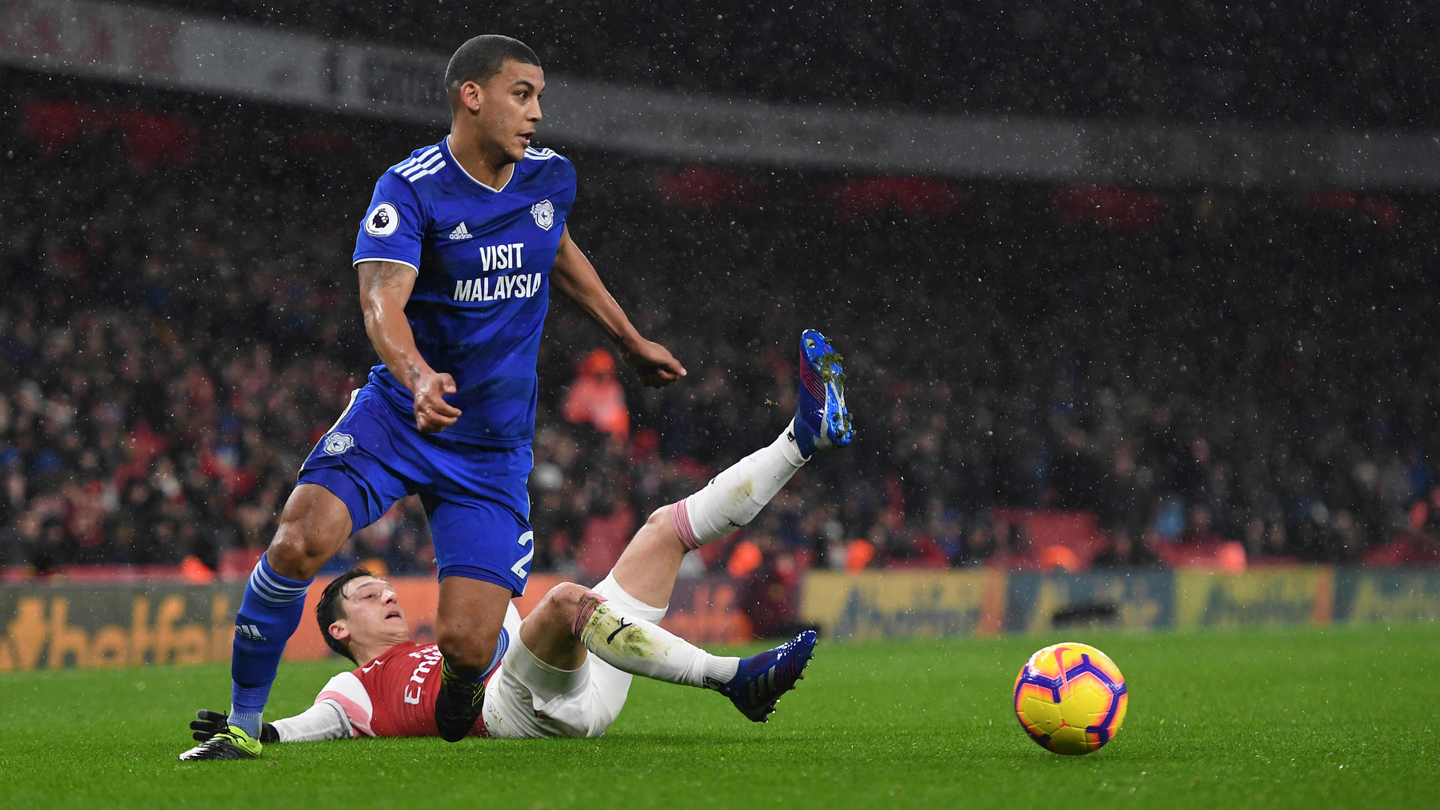 Match report for Arsenal vs Cardiff City on 29 Jan 19

Cardiff City were defeated 2-1 by Arsenal on Tuesday evening, despite a brave performance at Emirates Stadium.

Ahead of kick-off, both captains carried out bouquets of daffodils and tulips, before a moment of silent reflection for Emiliano Sala and David Ibbotson was observed.

Neil Warnock's men started on the front foot. After a superb block from Bruno Ecuele Manga, they countered well and twice saw efforts from Bobby Decordova-Reid whistle past goal.

Oumar Niasse, who had appeals for a penalty waved away, led the line admirably for City and went close with an early effort.

As the visitors continued to take the game to the Gunners, Joe Bennett's goalbound free-kick was deflected agonisingly wide.

While Arsenal pushed to end the half in positive fashion, the Bluebirds' back line held firm and both sides went in level at the interval.

The second half continued in similar fashion, with Callum Paterson and Aron Gunnarsson having chances on the break.

However, the hosts had the break they needed on 66 minutes, as Sead Kolašinac went down under Ecuele Manga's challenge. Pierre-Emerick Aubameyang made no mistake with the resulting spot-kick, giving his side the lead.

City came close to an equaliser when the newly introduced Ken Zohore latched onto Joe Ralls' pass and fired towards the top corner, only for Bernd Leno to save.

But Arsenal went up the other end almost immediately and scored a second through Alexandre Lacazette's powerful finish.

The score-line was harsh on the Bluebirds, who had impressed in front of over 2,000 travelling supporters. However, they did half the defecit in injury time as Nathaniel Mendez-Laing cut inside onto his left and buried the ball in the bottom corner.

Unfortunately, the goal came just too late for City and, after a superb late save from Neil Etheridge, the referee signalled an end to the contest.