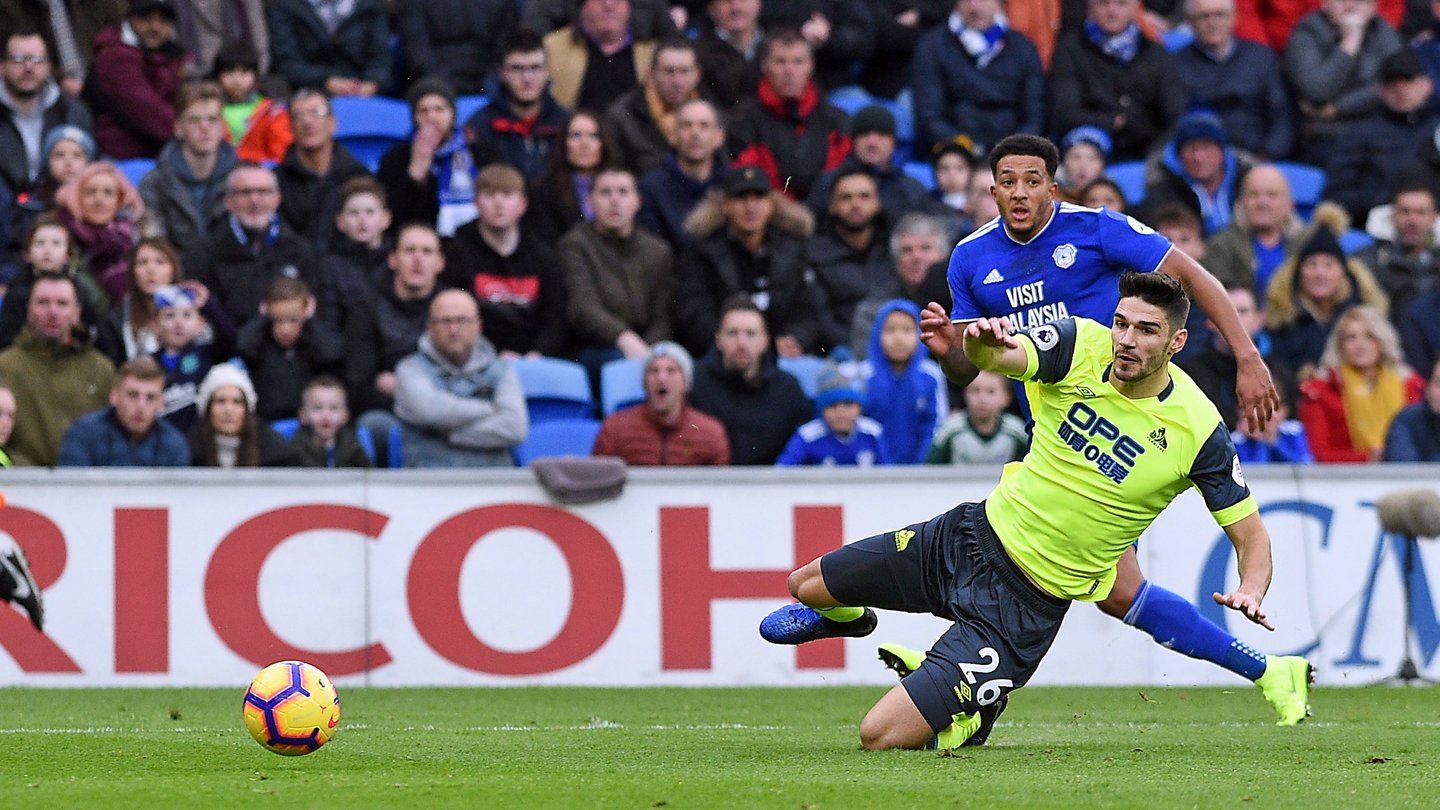 City earned a point at home after a goalless draw with Huddersfield Town, with nothing to separate the Bluebirds and the Terriers at the final whistle.

Neil Warnock made two changes to the side that faced Tottenham Hotspur in our last Premier League fixture, with Joe Bennett and Nathaniel Mendez-Laing coming in for Greg Cunningham and Bobby Decordova-Reid. Having returned from a loan spell at MK Dons, striker Rhys Healey was named amongst the City substitutes. Huddersfield also made two changes, with Erik Durm and Jason Puncheon given the nod by David Wagner.

The Bluebirds looked lively on both flanks, with Mendez-Laing and Junior Hoilett causing trouble in the first half. Mendez-Laing twice went past his marker; once to win a free kick that was scrambled clear, and secondly after a fine piece of skill, crossing towards the back post. The delivery found Hoilett, who was involved in a tangle with Florent Hadergjonaj. Both players received treatment, but a foul was not given by the referee.

The visitors grew into the game as the first half continued, with chances for Elias Kachunga and Steve Mounié. Kachunga did well to get a shot away on the left flank, with Bennett flying in to block. Minutes later, Neil Etheridge was on hand to tip Mounié’s header over the crossbar. Durm received the ball in a dangerous position ten minutes before the break, only for Mendez-Laing to slide in and divert the ball.

With five minutes remaining in the first half, City went close to an opening goal. A free-kick from the left was whipped in by Bennett, with Sean Morrison breaking free to nod the ball towards the far post. Sol Bamba was unmarked, directing the ball towards goal, only to see the flag raised by the linesman. Soon after, a dangerous corner-kick was launched towards the back post, with Morrison inches away from making a connection, but to no avail – sending the teams in goalless at the break.

The second half began with play moving quickly from one end to the other, but with few clear-cut chances for either side. The Bluebirds defended numerous Huddersfield set-pieces, whilst City continued to look dangerous on the flanks. The introduction of Healey later in the second period caused instant problems for the Terriers, with goalkeeper Jonas Lössl forced to rush out and make a headed clearance as the striker closed in on the ball.

A key incident occurred in the seventy-seventh minute, when the referee awarded a penalty kick to Huddersfield, after Bennett and Hadergjonaj collided in the area. Once the referee had pointed to the spot, he immediately consulted his assistant on the near side, and, after a brief discussion, the decision was reversed.

The game clicked into life in the final minutes, as both teams went in search of a winner. Aron Gunnarsson latched onto a loose ball in the area, but saw his shot blocked by a Town defender. At the other end, Etheridge did extremely well to keep out a looping header from Laurent Depoitre. That proved to be the last action, as the game finished with no goals coming in added time. The Bluebirds face Newcastle United in their next fixture, travelling to St James’ Park on January 19th.