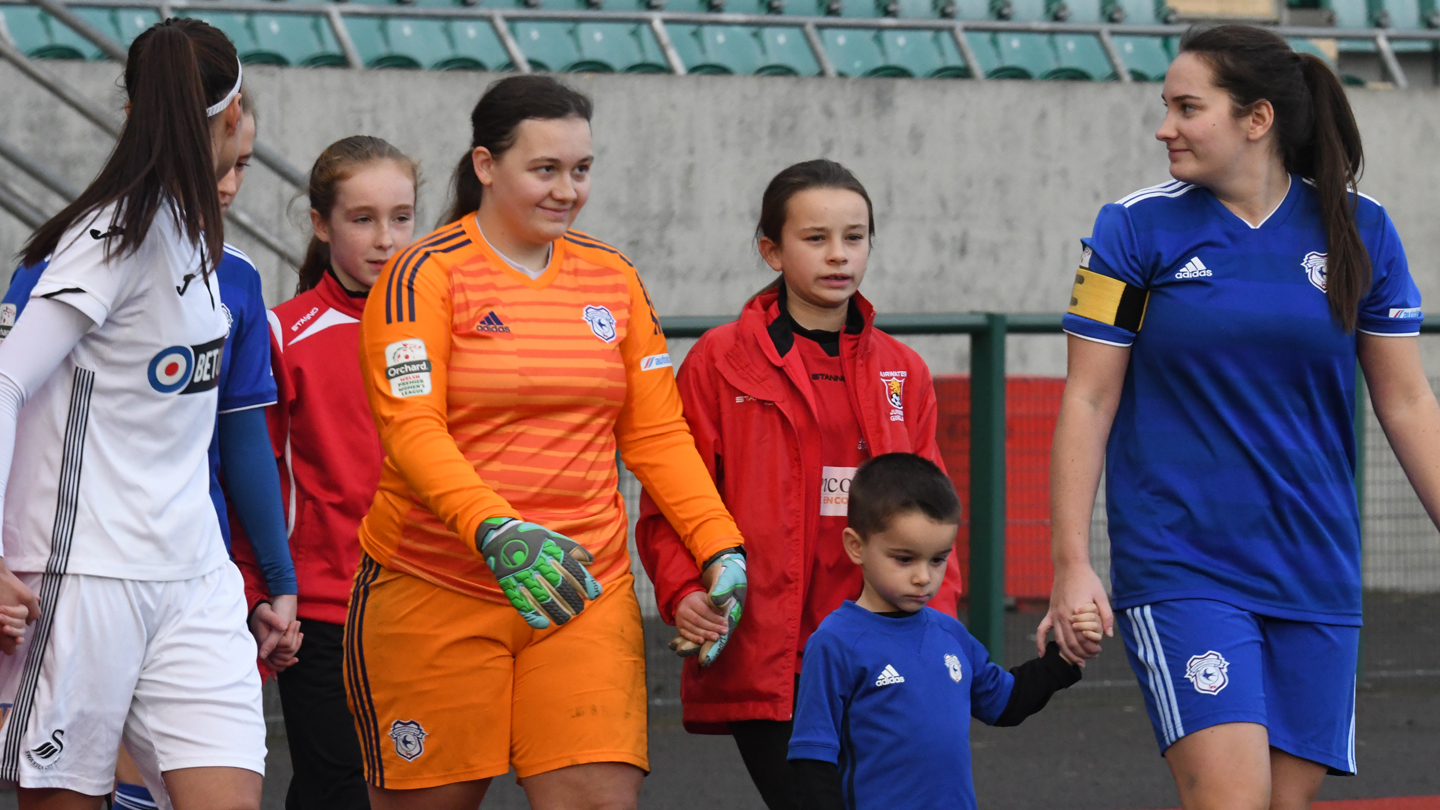 In a game of little opportunities, there was a tense conclusion after the hosts had a goal ruled out for offside, with Cardiff City being denied a penalty at the other end, leaving each side having to share the spoils.

Joel Hutton made one change to the side that faced Llandudno last time out, with Mollie Jones entering the starting XI.

The encounter began slowly and no clear chances arose until 21 minutes when the Swans went close. Sarah Adams produced a dangerous cross from the right flank that Ceryn Chamberlain did well to deal with and Siobhan Walsh’s determined backup defensive effort saw her clatter into the post, before carrying on.

Three minutes later, the home side were awarded a corner and Sophie Hancocks misplaced the set-piece, seeing the ball bounce off the top of the crossbar and over. Then with 32 minutes on the clock, Sarah Adams’ first-time effort from inside the area was strongly gathered by Chamberlain.

As half-time approached, Shaunna Jenkins sent Sarah Adams through on goal and the forward chipped the onrushing Chamberlain, but the ball hit the left upright. That was the final action of the first period.

After the interval, the affair became quieter again as both sides remained resilient in defence and opportunities were a rarity. Although, it was later in the half when action returned and after 72 minutes, Sarah Adams paced into the area, but Emily Griffiths caught up to dive in and deflect the cross into Chamberlain’s hands.

Then 10 minutes later, the Bluebirds came close from Alana Murphy’s free-kick. From the left edge of the area, the 21-year-old finessed towards the back post and goalkeeper Gemma Border punched clear.

When the game entered the 90th minute, Lauren Hancock was flagged offside before finishing into the back of the net. Then, only a minute later, Catherine Walsh went down in the hosts' area, although her penalty appeal was rejected by the referee.

There was one last chance for the Swans as they were awarded a free-kick on the edge of the box. Katy Hosford stepped up and floated the ball over the wall and into the safe hands of Chamberlain. That proved to be the last action of the match and the sides came away with a point apiece, remaining level on points and eight behind WPWL leaders Cardiff Met.