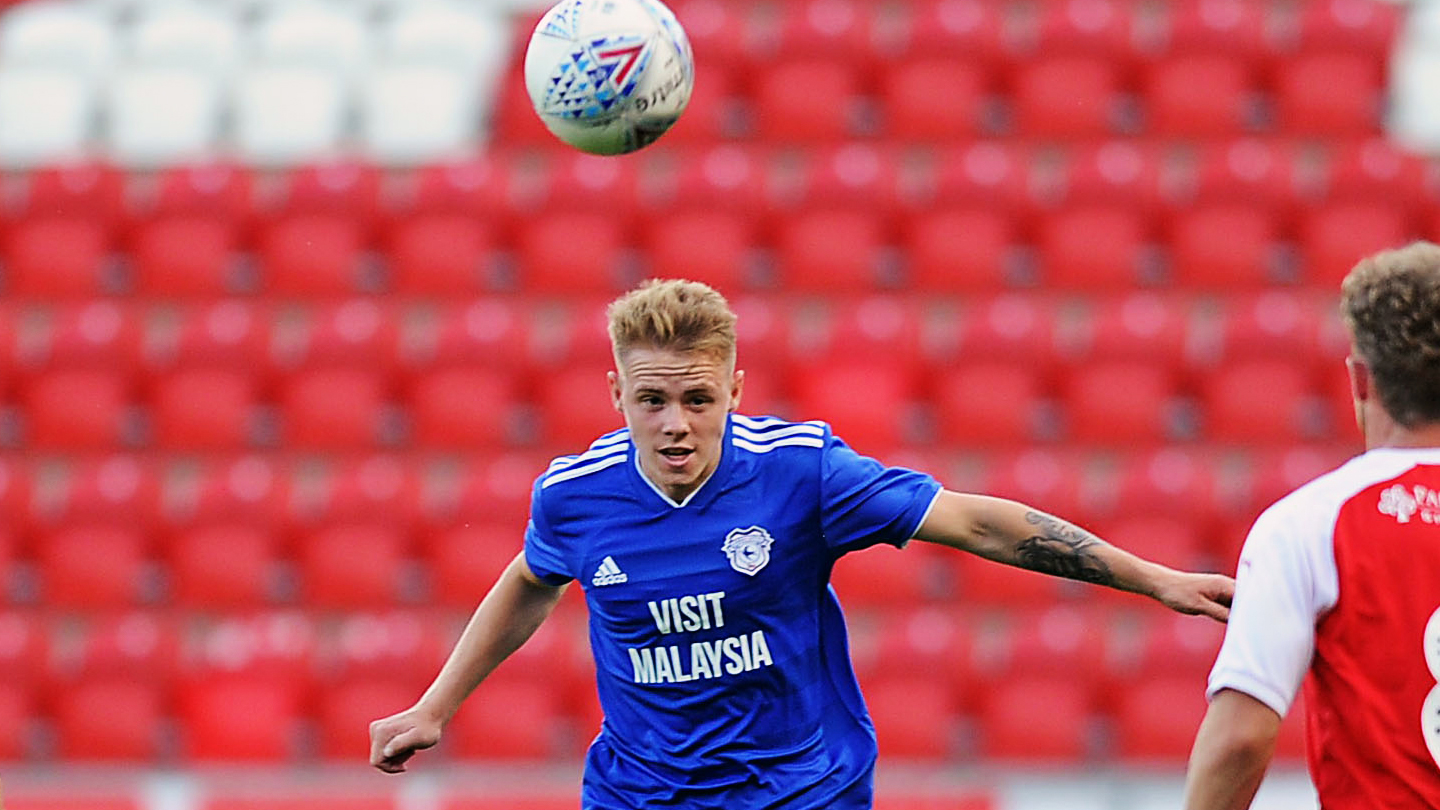 Three second half goals see the Robins snatch all three points in a PDL2 South clash at SGS Campus on Monday, 28th January 2019.

Before the match, both sides joined together in laying a wreath of daffodils and tulips as a mark of respect, following the events that unfolded during the past week involving Emiliano Sala and David Ibbotson.

The Bluebirds named two changes to the team that faced Colchester United last time out. Cardiff City’s U23 top-scorer, James Waite [5 goals] was re-introduced to the starting line-up alongside current U18 top-scorer, Daniel Griffiths [13 goals].

The visitors were a great attacking threat straight from the start and almost took the lead after just four minutes. A swift counter saw Daniel Martin cross to an unmarked Griffiths inside the area. The striker rose to meet the pin-point delivery but saw his header crash against the frame of goal, before eventually being cleared.

As the game approached half-time the hosts almost took the lead against the run of play. From 30 yards, Sam Pearson unleashed a thunderous strike which was superbly saved by the hands of the alert Warren Burwood.

The Robins, however, began the second half on the front foot and made it 1-0 after 55 minutes. Opi Edwards set up Tom Richards who finished beyond Burwood to give the home side the advantage.

Lloyd Humphries almost responded instantly for the Bluebirds but his well-struck volley from a corner was blocked on the line by the Bristol City defence.

Despite efforts to draw level, the hosts extended their lead within the final 15 minutes of the game. Hakeeb Adelakun curled home a powerful strike directly from a tight-angled free-kick.

It was 3-0 in stoppage time as Richards earned a brace. He met Vince Harper’s cross and back-heeled the ball into the near post.

The Bluebirds pushed for a consolation goal but were forced to settle for a defeat. Their next outing will be an away clash against Watford on Friday, 1st February 2019.