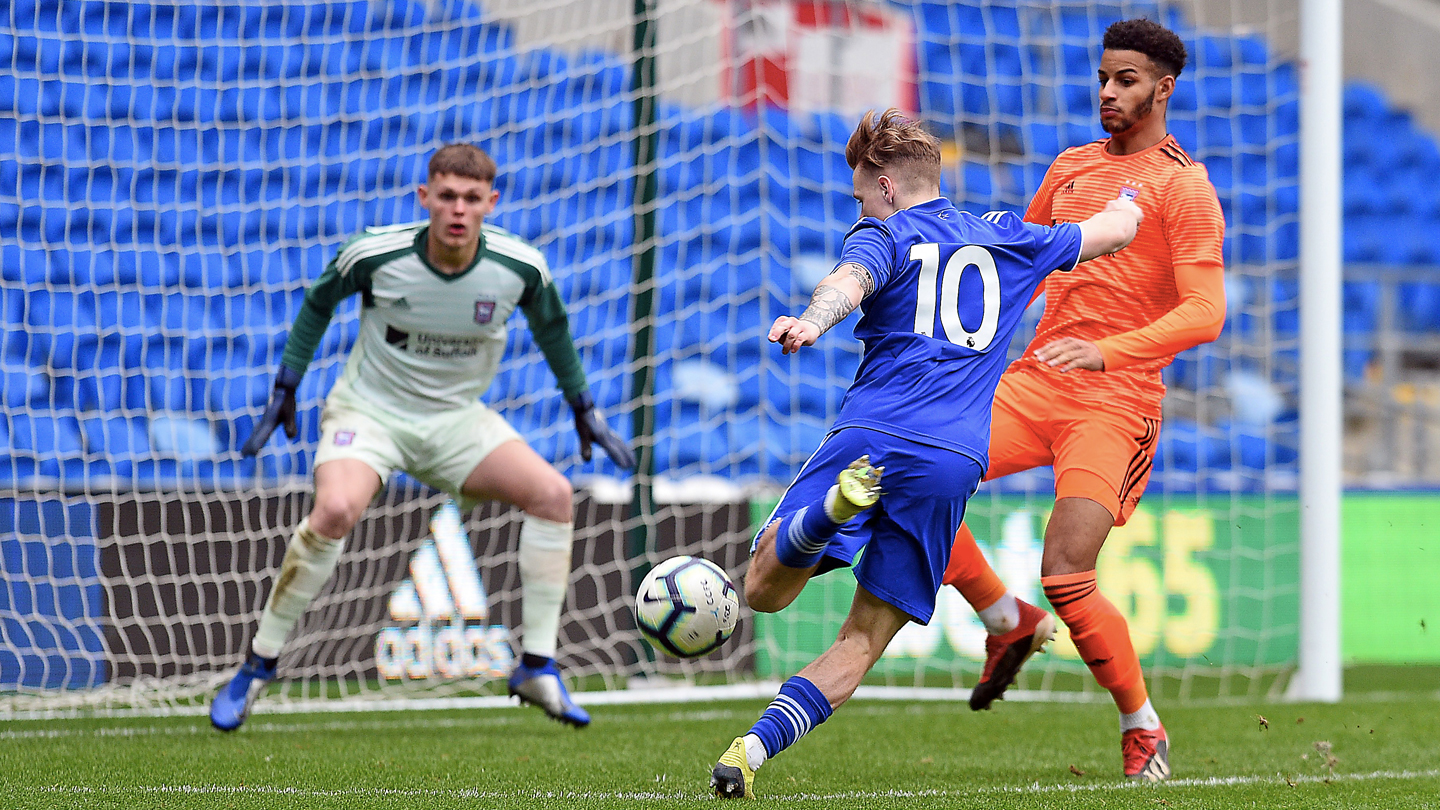 Bluebirds fall to a harsh defeat in their opening home clash of 2019 at Cardiff City Stadium.

Five U18 players were named on the City team-sheet to face the Tractor Boys. Keenan Patten, Joel Bagan and Sion Spence started the match with Daniel Griffiths and Sam Bowen included on the bench.

Both teams had an equal share of possession in the early stages with the lively Bluebirds claiming the first opportunity on goal. From 20 yards, Patten saw his right-footed shot blocked before Cameron Coxe volleyed the rebound just over Harry Wright’s goal.

With chances sparse, City again came close to an opening goal with 35 minutes played. Following increased pressure, the Ipswich shot-stopper indirectly passed the ball to Jack McKay inside the area. The striker then found Laurence Wootton who saw his low strike blocked. Quivi Fowler met the rebound but appeared to have been brought down with no foul given from 10 yards out.

The visitors registered only one shot on target in the first period. Ben Folami’s curled strike from 10 yards took a slight deflection off Ciaron Brown before being comfortably gathered by the alert Brian Murphy.

City began the second half on the front foot and had three close chances to break the deadlock before 50 minutes had been played. Firstly, Fowler glanced a header narrowly wide before Brown witnessed his goal-bound strike blocked from close range. However the closest chance to scoring came via Spence who saw his low strike from 10 yards agonisingly cleared off the line.

Gerard Nash’s side found a way back into the game when they almost beat Murphy shortly after the hour mark. From an in-swinging corner, substitute Idris El Mizouni powerfully headed the ball into the hands of the former Ipswich Town goalkeeper.

Despite defences on both sides remaining resilient for the majority of the game, the visitors secured a last minute winner. Armondo Dobra saw his deflected strike from close range strike the back of the net.

City put all men forward to equalise from kick-off but the full-time whistle blew shortly after. Our next league encounter will be a trip to face Colchester United at Florence Park on Monday, 21st January 2019 – 1pm kick-off.