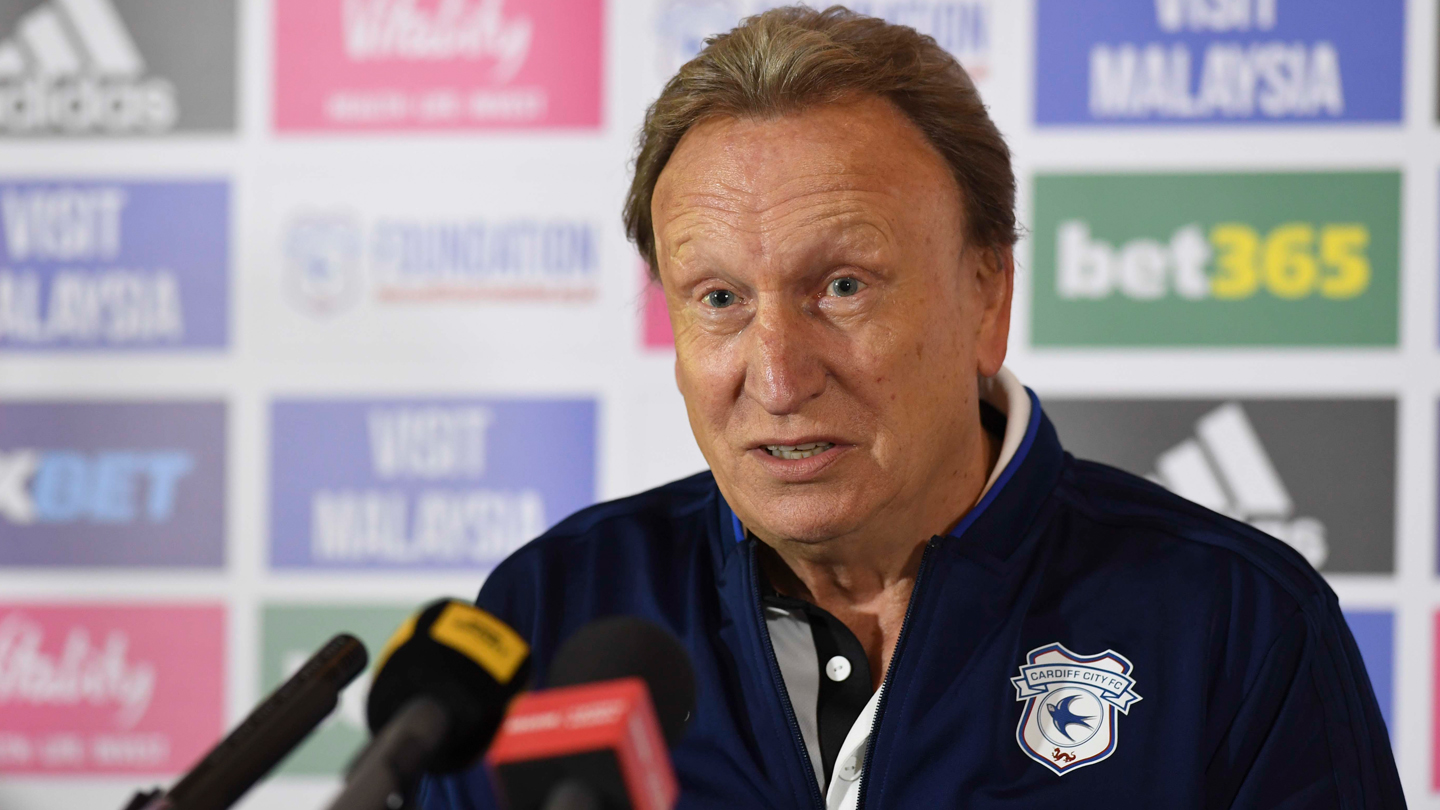 Warnock: Saturday's game is as big as any

The Bluebirds go into the game eight points above the last-placed Terriers, and the Gaffer began by previewing the important Premier League clash.

“Saturday's game is as big as any," he said. "The dressing room helps us with the spirit we’ve got. The lads are brilliant and I’ve got nothing to doubt them. If I was going into the trenches I’d want them alongside me.

“We have got to take more of our chances as we’ve slipped back on that in the last couple of weeks. There are a few players due a goal though, so hopefully that will come."

The City boss went on to praise David Wagner’s Terriers, who stayed up in remarkable fashion in the 2017/18 Premier League.

“It was an amazing achievement,” said Neil. “I thought David should have had manager of the year last season for what he achieved.

“Dean Hoyle’s a super chairman and I know he’s been unwell recently so I wish him the best.

“They’ve played really well in some games. That can be the frustrating thing in the Premier League - you look at how we did against Burnley and Arsenal early on, but the top teams don’t need five or six chances to score.”