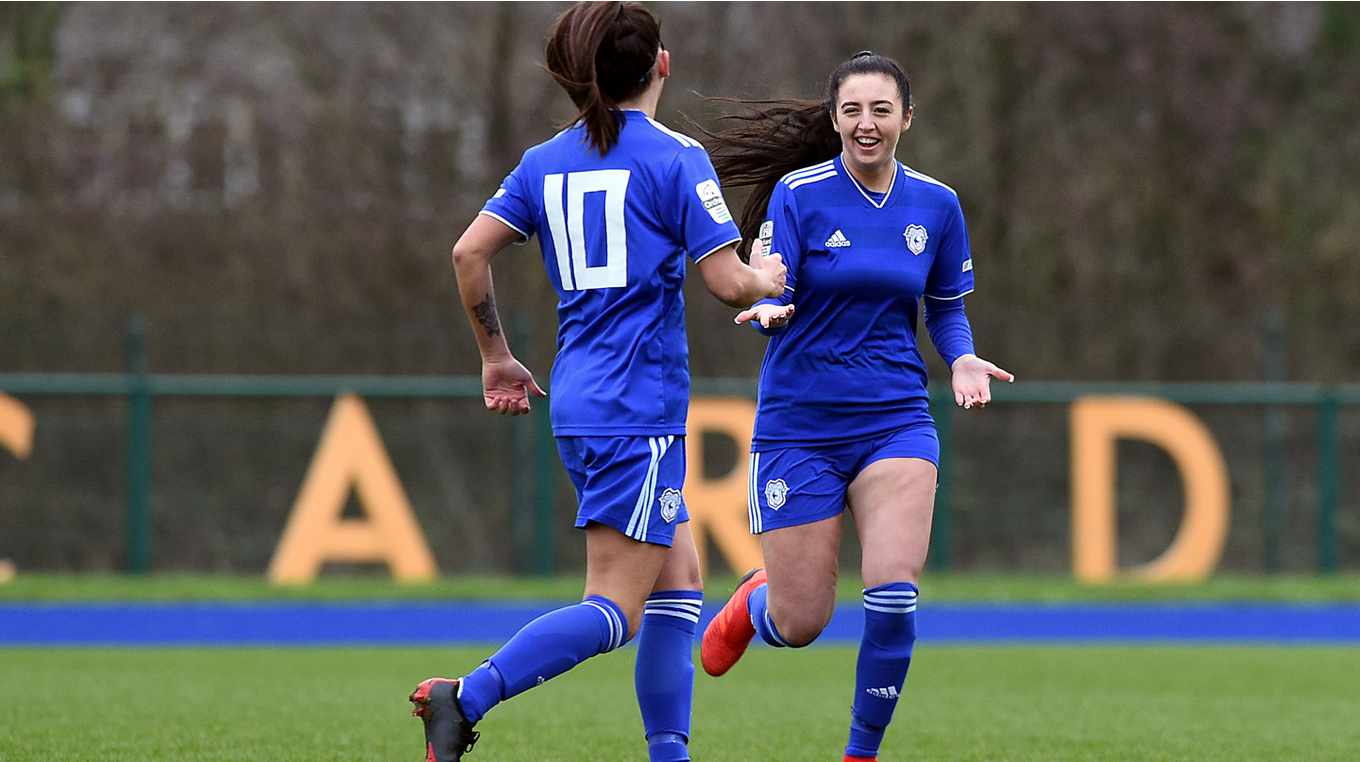 Danielle Broadhurst and Siobhan Walsh got their WPWL scoring underway for the season, along with Danielle Green, who netted a hat-trick. The visitors levelled twice before the Bluebirds scored four unanswered goals and as full-time approached, the Seasiders netted a consolation.

“I think if you’d offered me six goals before the game kicked off, I’d have thanked you very much,” began Joel following the final whistle. “I was a bit disappointed with the goals we conceded because they were preventable and I feel we could have put the attackers off.

“Danielle Green deserved her hattrick because she’s worked hard since coming back from her ACL injury and when we changed the formation, she was one of the ones that we sacrificed a bit. But, we decided to give her a run through the middle and she took her goals really well, so that will help with her confidence.

“Siobhan Walsh took her goal well too and Emily Griffiths’ long throw is like Aron Gunnarsson’s, so we’ve been practicing ways of utilising it. It was nice to see the whole move come off, especially with Siobhan being assisted by her twin sister Catherine.

“We’re in a positive place at this stage of the season and it is tight at the top of the league, but there’s more points to be dropped by every team between now and the end of the season. Now, we go into the Swansea City game a little bit disappointed with how we played against them before Christmas, but we’ve got to go down there with a point to prove and we’ll have a good go at them – so we’ll see what happens.”

Forward Green was delighted with the victory and to score a hat-trick for City on the day, adding: “We deserved to win and the team spirit was strong throughout the match, especially with them equalising twice and us fighting back to take the lead again, before going on to take control. At half-time we just made sure that everyone was working for each other and we went on to get the result that we wanted.

“I didn’t expect there to be so many goals in the game, but with the way we play, we’ve got a lot of people with good feet that can score and we proved that with a variety of finishes.”

The 23-year-old concluded: “It was a great feeling to score a hat-trick and it was a bonus because they were my first goals of the league season and our plays were great, especially in the second-half. The result gives us great momentum going into the Swans game, so bring it on!”