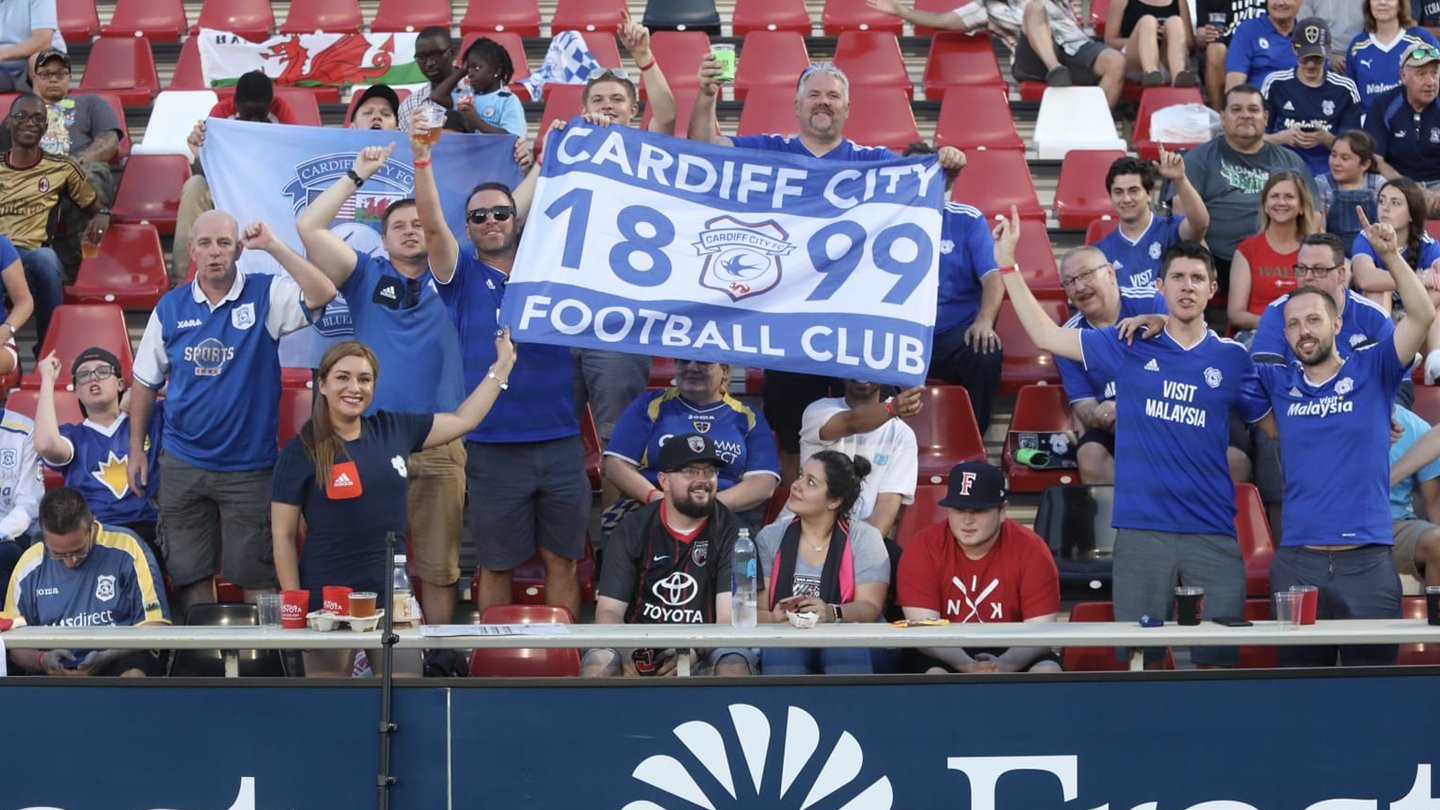 Cardiff City defeated San Antonio FC 1-0 at Toyota Field to get their three-match tour of North America off to a winning start.

Following a goalless opening period, Josh Murphy’s second-half penalty proved to be the difference between the teams.

Neil Warnock named summer signings Curtis Nelson and Will Vaulks in the strong starting line-up and U23 players Aaron Bolger, James Waite, Cameron Coxe and Ciaron Brown all came on as second-half substitutes.

The Bluebirds’ opening opportunity came after four minutes as Bobby De Cordova-Reid caught sight of goal. Midfielder Vaulks’ cross off the right wing found its way to 26-year-old Nelson, who passed backward to the forward and he cut inside, before seeing his shot blocked by Joshua Yaro.

One minute later, forward De Cordova-Reid became the creator, supplying Murphy with an opportunity. The 26-year-old dispossessed in central midfield, before speeding towards San Antonio’s area and producing a through-ball left for winger Murphy, who unleashed a powerful low effort that Jonathan Viscosi saved.

With 14 minutes played, City came ever-so close to opening the scoring through Bruno Ecuele Manga. From the right flank, Nathaniel Mendez-Laing found the centre-back in a central position and his ambitious strike from range was tipped onto the crossbar by goalkeeper Viscosi.

After 23 minutes, the hosts tested Neil Etheridge from a free-kick. Jack Barmby struck towards the bottom corner and the 29-year-old got a strong hand to deny the English midfielder.

On the half-hour mark winger Murphy tested Viscosi again. Off Joe Bennett’s throw-in, the winger turned and fired a distanced attempt on target that the 28-year-old kept out.

Following the interval, it took two minutes for SAFC to come close as substitute Jose Gallegos turned inside the box, prior to hammering over the right of goal. Shortly after, defender Ebenezer Ackon managed to craft his own way through on goal, but substitute Joe Day remained composed to save.

Cardiff City were awarded a penalty with 56 minutes played after Murphy was fouled by Viscosi. The spot-kick winner stepped up to take and finished to the goalkeeper’s left, sending him the wrong way.

18 minutes later, San Antonio created an opportunity that challenged the Bluebirds defence. Rafa Castillo paced forward from midfield, before producing a splitting pass that sent Walter Restrepo into the right of the area, but Ecuele Manga stood strong to stop the shot.

After 86 minutes, substitute Danny Ward superbly crafted his own way through on goal to come close. From the right wing, the forward decided to speed inside and into the box, finding himself one-on-one with Joey Batrouni, who parried the attempt at an acute angle away.

With one minute of the 90 remaining, City came close to doubling their lead through half-time substitute Greg Cunningham. Fellow substitute Loïc Damour delivered a free-kick from the right flank and the left-back volleyed on target, but into the hands of Batrouni.

That proved the be the game’s final opportunity as the Bluebirds concluded their first fixture of the North America tour with victory.