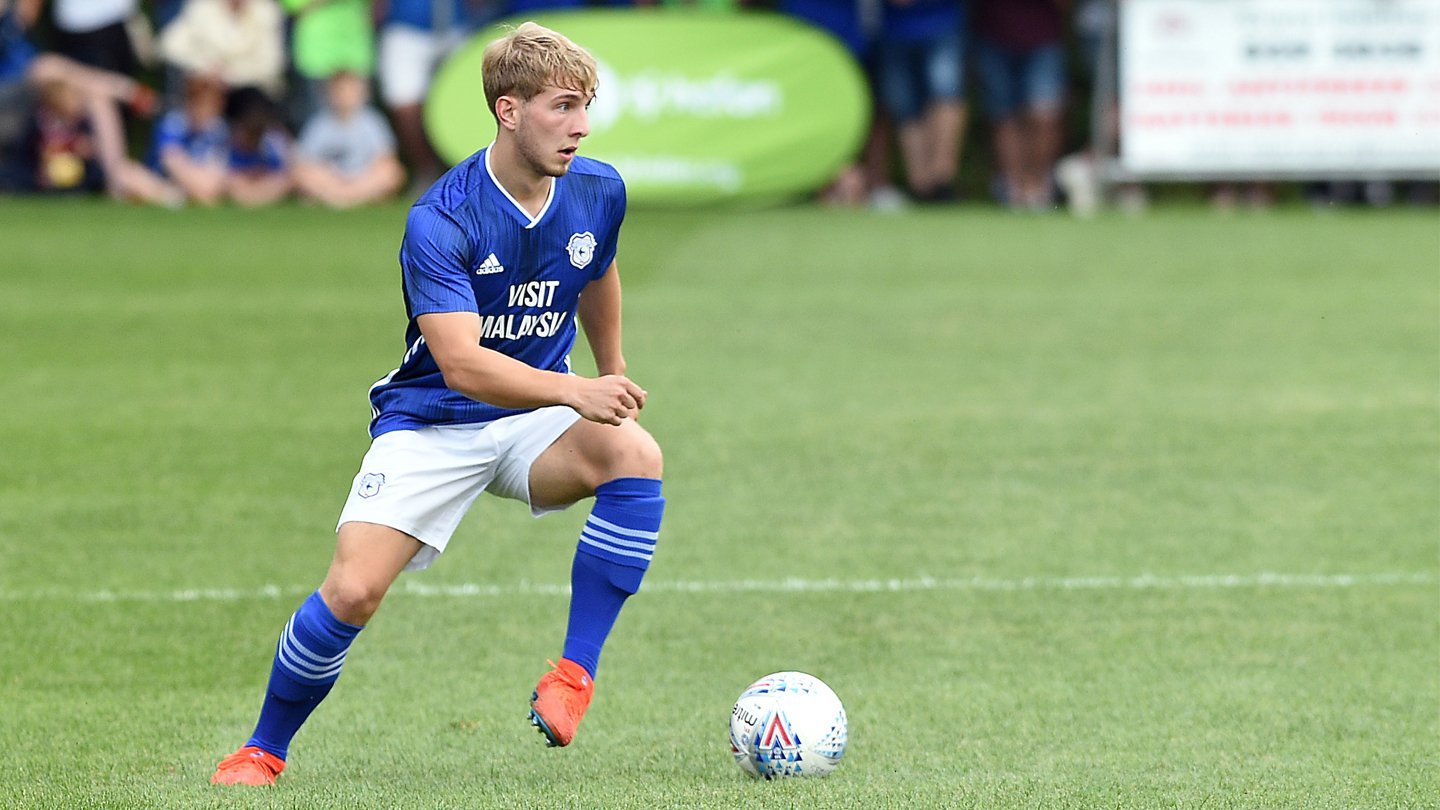 Cardiff City’s U23 side drew 1-1 with Larkhall Athletic at Securitas Stadium as they continue their preparations for the 2019/20 campaign.

Following a goalless opening period, Lee Tomlin broke the deadlock in the second-half from the spot, prior to Matt Britton equalising for the hosts shortly after.

The Bluebirds were dominant from the offset and after five minutes were awarded a free-kick on the left side of the area. Striker Madine stepped up and struck just over the crossbar.

City’s next chance came 15 minutes later from a set-piece also. Forward Tomlin took the free-kick swiftly, sending 21-year-old Jake Evans into the box, although Britton did well to tackle.

With 32 minutes played, the pair linked up again for the visitors’ following opportunity. Tomlin passed to Evans, who stood on the outside right of the area before unleashing a thunderous strike that goalkeeper Shaun Semmens kept out.

Five minutes later, winger Ntazana Mayembe showed his speed to pace into the left of the box, prior to firing over. Then as the break approached, Madine found himself with the ball on the area’s edge and powered a shot on goal that Semmens fumbled backwards, but wide.

After the interval, the Bluebirds continued to dominate and it took two minutes for Tomlin to finish past Semmens, before the goal was ruled out for offside. Three minutes later, the Larks had a chance as Britton tested substitute Matt Hall with a header and the goalkeeper saved.

Shortly afterwards, Cardiff City were awarded a penalty as Mayembe produced incredible pace, prior to being brought down inside the area. The experienced Tomlin stepped up and hammered past Semmens from the spot to send City in front.

Larkhall Athletic were determined though and levelled two minutes later from dangerman Britton’s close-range finish that Hall couldn’t do much about. The scorer had another chance with 15 minutes of the 90 remaining, but headed over.

The action continued even as the match approached full time, as substitute Keenan Patten’s chip was cleared off the line by Oliver Morris on the 90-minute mark and the final play of the match was forward Dan Griffiths’ skied strike.

Despite a dominant performance in a physical encounter, City took a draw from the pre-season test at Securitas Stadium ahead of next week’s three-game tour of Devon & Cornwall.