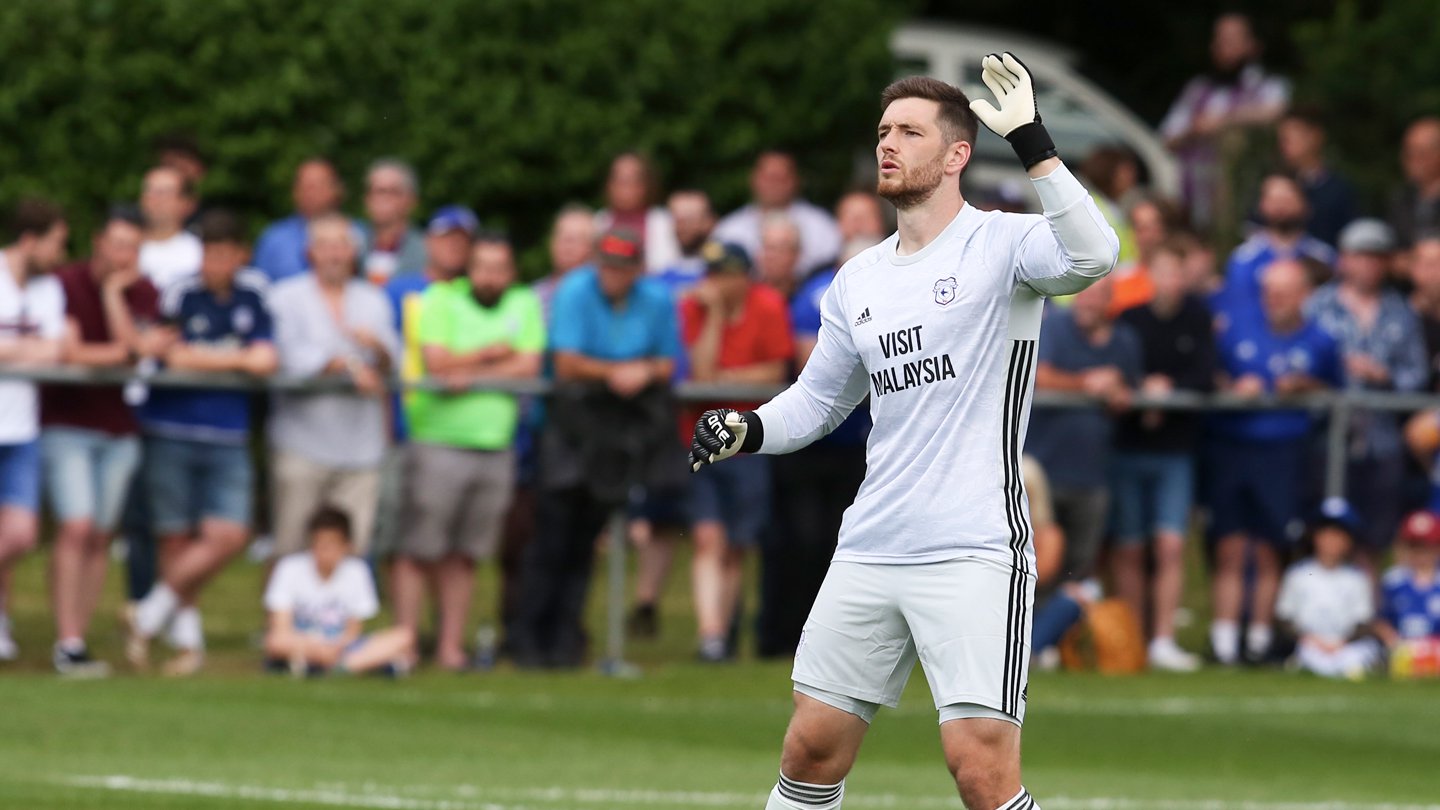 Jake Evans’ successful penalty after 16 minutes was swiftly added to through Laurence Wootton, who doubled City’s lead, before the hosts pulled one back shortly after. The visitors added an extra three in the second period through Dan Griffiths, Ntazana Mayembe and Connor Davies.

Neil Warnock named recent signings Joe Day and Curtis Nelson in the youthful starting line-up. Football was just a small part of the evening though, as the Bluebirds and South Wales community came together to raise money for Tŷ Hafan.

The game’s opening attempt on goal came from Cardiff City after seven minutes. Striker Shamar Moore controlled the ball on his right foot, before unleashing a thunderous strike that was parried by home goalkeeper Tom Bodger and 20-year-old James Waite sped in for the rebound, but was ruled offside.

The Bluebirds were awarded a penalty nine minutes later as the threatening Waite was fouled in the area. Midfielder Evans stepped up and sent Bodger the wrong way, finishing into the bottom corner to open the scoring.

From the restart, Cardiff City superbly crafted an opportunity for a swift second with forward Waite finding himself through on goal, but the onrushing Bodger did enough to save the attempted chip.

With 19 minutes played, City doubled their lead through midfielder Wootton. Right-back Ryan Pryce cut the ball inside to scorer Evans, who passed into the path of Wootton and he slotted home from close range.

However, the hosts were determined and reduced the goal deficit to one just two minutes later. Former Bluebirds Academy player Kieron Proctor whipped the ball in from a corner and the acrobatic Richard French produced a vicious volley that found the net.

Cardiff City responded strongly and nearly had a third though after 24 minutes, as Waite found recently signed Aaron Bolger from the left flank and the Irishman struck into the arms of Bodger. Two minutes later, 21-year-old Pryce paced inside and hammered on target, although Bodger produced a strong hand to save.

With 37 minutes played, City came close again and Evans almost had a brace. Wootton delivered a pacey low cross from the right wing and the 21-year-old backheeled the ball on target, but into the arms of Bodger.

The following four minutes saw an opportunity arise again for Evans, as Bolger found the dangerman in space on the inside left of the area, although his effort was kept out by Bodger. Then just after, Bodger was challenged again as Moore passed right on the edge of the box to Danny Williams, who let fly with a strong strike that was denied.

After the interval, play tightened as the Bluebirds hunted a third and the Wellmen eyed a leveller and it took 18 minutes for the visitors to near another. Midfielder Sam Bowen delivered a corner from the right that fellow substitute Dan Griffiths deflected towards goal, but the goalkeeper gathered. Five minutes later, Cardiff City did seal a third as Griffiths took full advantage of his second chance. City’s only Trialist dashed along the right flank, prior to delivering a high cross that the striker powerfully headed low and into goal.

The 72-minute mark saw Taff’s Well come close from a Proctor free-kick, but substitute goalkeeper Matt Hall pulled off a terrific stop to deny the midfielder. Down the other end, Mayembe found himself through on goal and the youngster remained composed to round the goalkeeper, before adding a fantastic fourth.

With nine minutes of the 90 remaining, the hosts went near to reducing the goal deficit to two. Jason Bertorelli hammered low on target and Hall dived down swift to save and then left-back Jac Davies brilliantly cleared the rebound off the line.

The Bluebirds weren’t finished though and slotted a fifth after 89 minutes through midfielder Connor Davies. Mayembe showed his pace to speed inside from the left, before drawing the goalkeeper and passing to his teammate, who tapped home. That proved to be the final action of the match as City secured a heavy victory to get their pre-season off to a wonderful start.