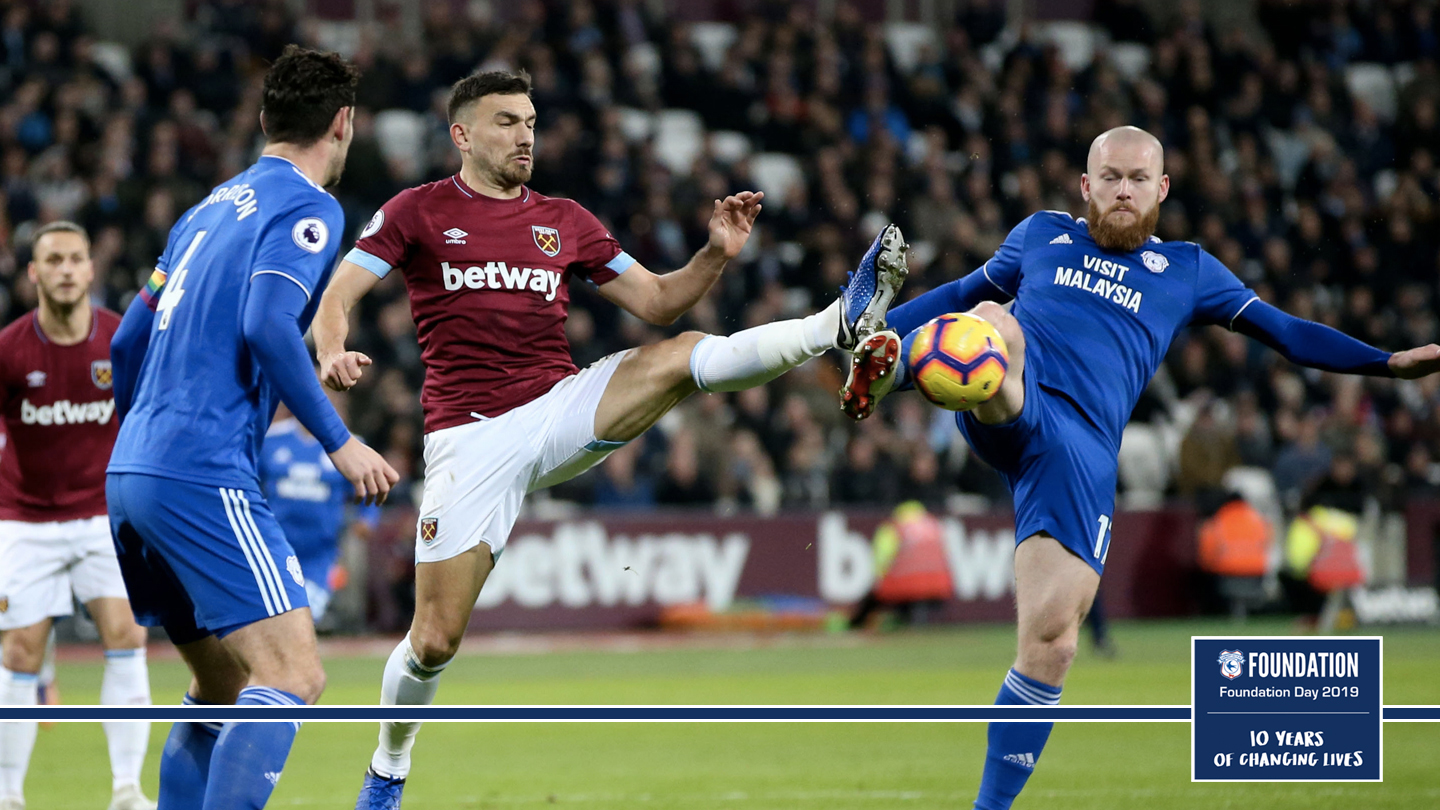 A snapshot of the history of Saturday's opponents, including a memorable meeting with the Bluebirds...

West Ham United’s story began in 1895, when the club was formed as Thames Ironworks FC. Taking inspiration from former local football club Old Castle Swifts, the fledgling club - whose players were primarily workers at the eponymous ironworks - set up in the Swifts’ old home ground at Hermit Road, in Canning Town. The club played their first match in a friendly against Southern League side Royal Ordnance Factories FC, which ended with a score of 1-1.

Before West Ham United became an incorporated company in 1900, the club found success by being promoted to the Southern League First Division in 1899. West Ham had kept many of the players who had played for Thames Ironworks FC, in goalkeeper Tommy Moore, defenders Syd King, Charlie Craig, Charlie Dove and George Neil, half-backs Robert Allan and Roderick McEachrane, and forwards Fred Corbett, Frank Taylor and Len Walker.

The Hammers found more success post-First World War, as the Football League’s decision to expand to two divisions found the club being elected to the Second Division for the 1919/20 season, where they finished in seventh place.

Cardiff City’s early surge led towards a convincing victory for the Bluebirds at Ninian Park in November 2004. Alan Lee and Joe Ledley each scored before the match had reached the twenty minute mark, and the visitors did well to not concede any more before heading into the interval. Lee received the ball from a Paul Parry cross to finish from close range, whilst Ledley’s far post strike came after he was set up by a deep ball from Jobi McAnuff.

Both of the City men who had assists in the first half then scored goals for themselves in the second half, as Parry send a rebounded shot home, and McAnuff scored following a fine attacking move. West Ham’s only response was a kick from the spot following a foul by Graham Kavanagh inside the area. Cardiff City finished the season at 16th in the Championship, whilst West Ham United went on to get promoted to the Premier League following their play-off final victory against Preston North End.

Born in Newport in 1983, James Collins began his football career as a teenager, and made his first senior appearance for Cardiff City aged 17 against Bristol Rovers in an FA Cup match on November 19th, 2000. He scored in his first start for the Bluebirds in a 1-1 draw against Colchester United in November 2001, following an injury that left him out of the side during his debut season.

Before leaving for West Ham in 2005, Collins had made 66 league appearances for the Bluebirds, scoring three goals.

Alongside Danny Gabbidon, James Collins left for West Ham United in July 2005, and made his first appearance for the club in September of that year. In his four year initial spell at Upton Park, Collins played as a defender, and made 54 appearances for the Hammers, with periods of being unable to play due to injury. One such injury involving severe ligament damage left the Welshman out for nine months. He left for Aston Villa shortly after returning to match fitness, on deadline day in September 2009.

During his time at Villa, Collins was an important part of a side that made it to the Football League Cup Final. There the Villans went a goal ahead against Manchester United, but ended up losing the match 2-1, and were runners-up. The side also made it to a semi-final finish in their 2010 FA Cup campaign, where they lost 3-0 to Chelsea in Wembley Stadium.

James Collins’ second spell at West Ham United proved longer than his first, as he was there from 2012-2018. During this second period at Upton Park he worked to become more of a regular feature also, making a further 134 appearances for the Hammers, scoring 4 goals in the process.

After spending 14 consecutive seasons playing in the Premier League at the two clubs, Collins returned to play Championship football in 2019, when he joined Ipswich Town in the January transfer window. He additionally earned 51 caps playing for Wales before retiring from international football in 2016.