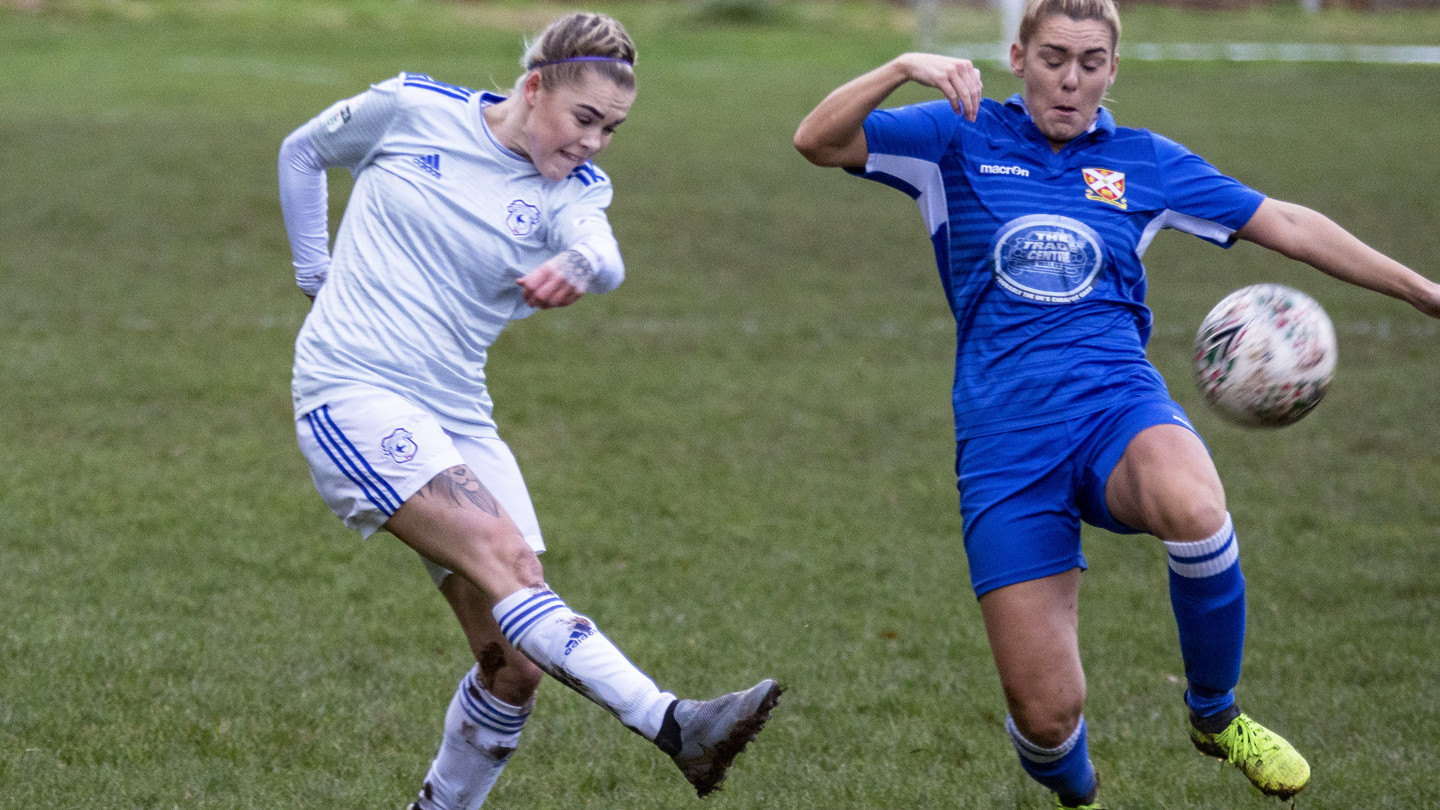 Cardiff City FC Women’s loss to Abergavenny Women in the FAW Women’s Cup Semi-Final at Plough Road on Sunday afternoon marked the end of their run of three victories in the competition.

Two first-half goals from the Pennies’ tournament top scorer Kate Jeremiah proved enough to send the club through to their first ever FAW Women’s Cup Final.

Joel Hutton made three changes to the side from the 2-0 victory over Cyncoed Ladies last time out, as Ceryn Chamberlain, Lisa Owen and Zoe Atkins entered the starting XI.

The match got off to an exciting start as both sides determinedly attacked each other’s defences and the opening opportunity went the Butchers’ way. After seven minutes, centurion Lyndsey Davies sped through on goal and 19-year-old Chamberlain was swift to react by sprinting out and sweeping the ball away from the striker’s feet.

City responded strongly and crafted four quick opportunities, the first coming two minutes later as in-form Lisa Bird’s threatening effort looked destined for goal, but it was deflected away. Shortly after, fellow forward Atkins found the ball at her feet inside the area and hammered a shot on target that was also kept out.

Then, Bird was denied again, however it was by the post rather than another body and two minutes later her attempt from an acute angle was saved by goalkeeper Charlotte Hastings.

With 20 minutes played, Abergavenny went down the other end and demonstrated their clinical ability as Jeremiah sealed her fourth goal in the competition to break the deadlock. Ten minutes later, the danger woman secured a brace by producing a looping free-kick from range that dipped in.

After the interval, the Bluebirds’ want to reduce the two-goal deficit was clear from their attacking pressure and six minutes in Bird fired over, coming close to her fifth goal in three appearances. The next opportunity arose with 25 minutes left on the clock through left-back Emily Griffiths, whose attempt from distance was saved by Hastings.

The Pennies progressed to the FAW Women’s Cup Final with their first victory over Cardiff City this season in the third 2018/19 meeting between the teams.