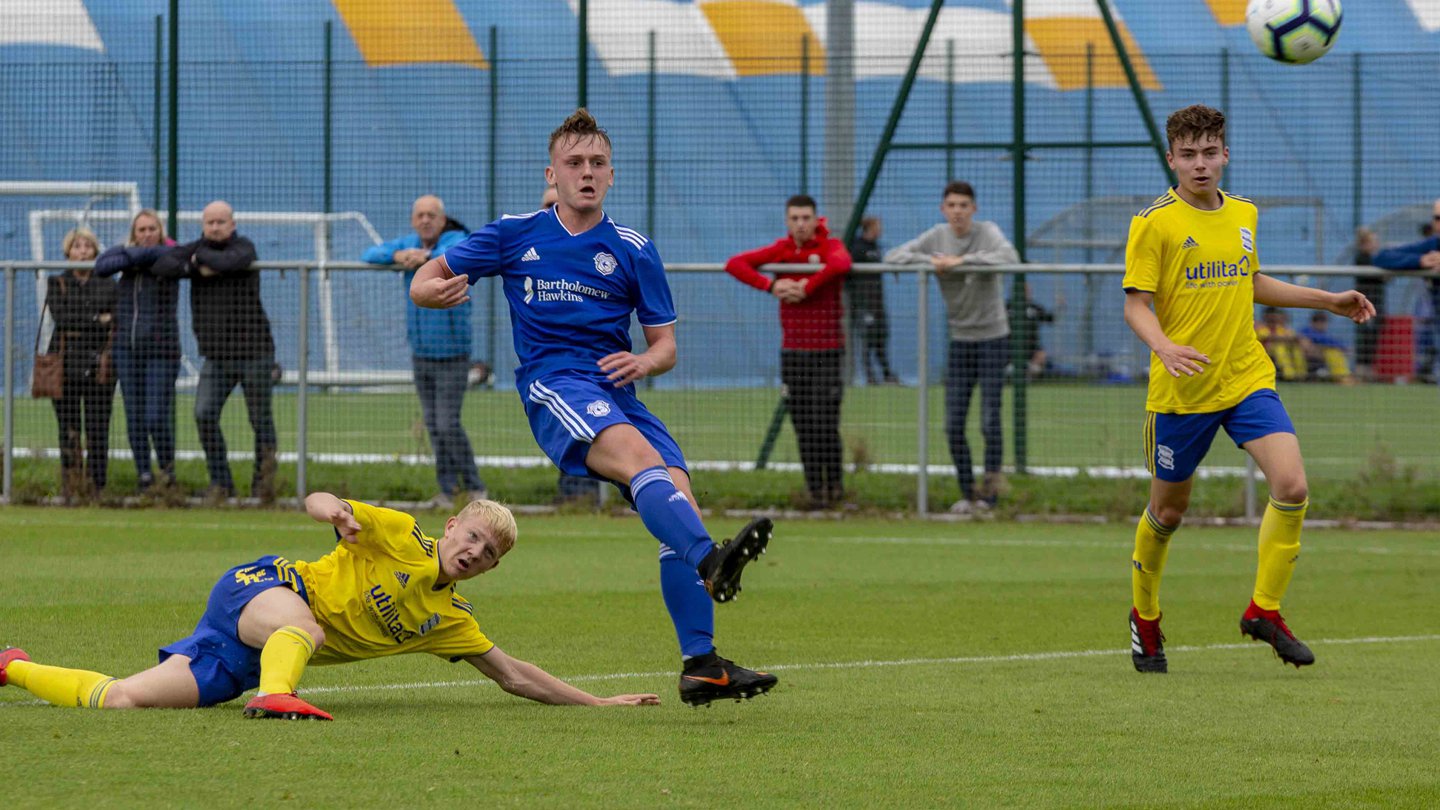 Cardiff City’s U18 side fell to a 1-0 defeat against Sheffield Wednesday at USW Sports Park on Saturday, March 30th.

Liam Shaw’s second-half goal was enough to separate the sides, despite an outstanding string of saves from City ‘keeper George Ratcliffe.

The young Bluebirds would start strongly, as Dan Griffiths made a threatening run down the right-flank, troubling the visiting backline. Griffiths would decide to try and find Siyabonga Ligendza in the box, however his cross evaded his teammate and the visitors cleared their lines with five minutes played.

Ratcliffe would soon be called into action, though, as he was tested by a dangerous effort from Lewis Farmer in the 23rd minute. Yet again, Ratcliffe had to make a smart stop to keep his side level, making an unbelievable fingertip save from Michael Ellery’s header.

Wednesday continued to push to break the deadlock in Treforest, this time preventing Liam Shaw from converting a one-on-one opportunity, making an expert save low down on his left-hand side in the 26th minute.

Rubin Colwill had an opportunity to put the young Bluebirds ahead with 37 minutes on the clock, however his strike was wide of Josh Render’s goal and City went into the break level.

It took a while for both sides to get going in the second half, with the first real opportunity coming in the 61st minute as Sam Bowen fired over from distance.

City’s biggest chance of the game came just three minutes later, as Taylor Jones went agonisingly close to giving his side the lead. Jones produced a great volley from just inside the area, which seemed destined to nestle in the bottom-left corner. His effort would take a slight deflection off an opposing defender, keeping the Bluebirds at bay.

The hosts would be made to rue their missed opportunity, as Sheffield Wednesday took the lead in the 72nd minute through Liam Shaw. Shaw would take advantage of a loose ball in the Bluebirds' box, before firing past Ratcliffe.

Cardiff City pushed for an equaliser at USW Sports Park, with Ligendza and Harry Pinchard both creating half-chances; the Bluebirds couldn’t quite convert their chances though, and fell to a narrow 1-0 defeat against the Owls.