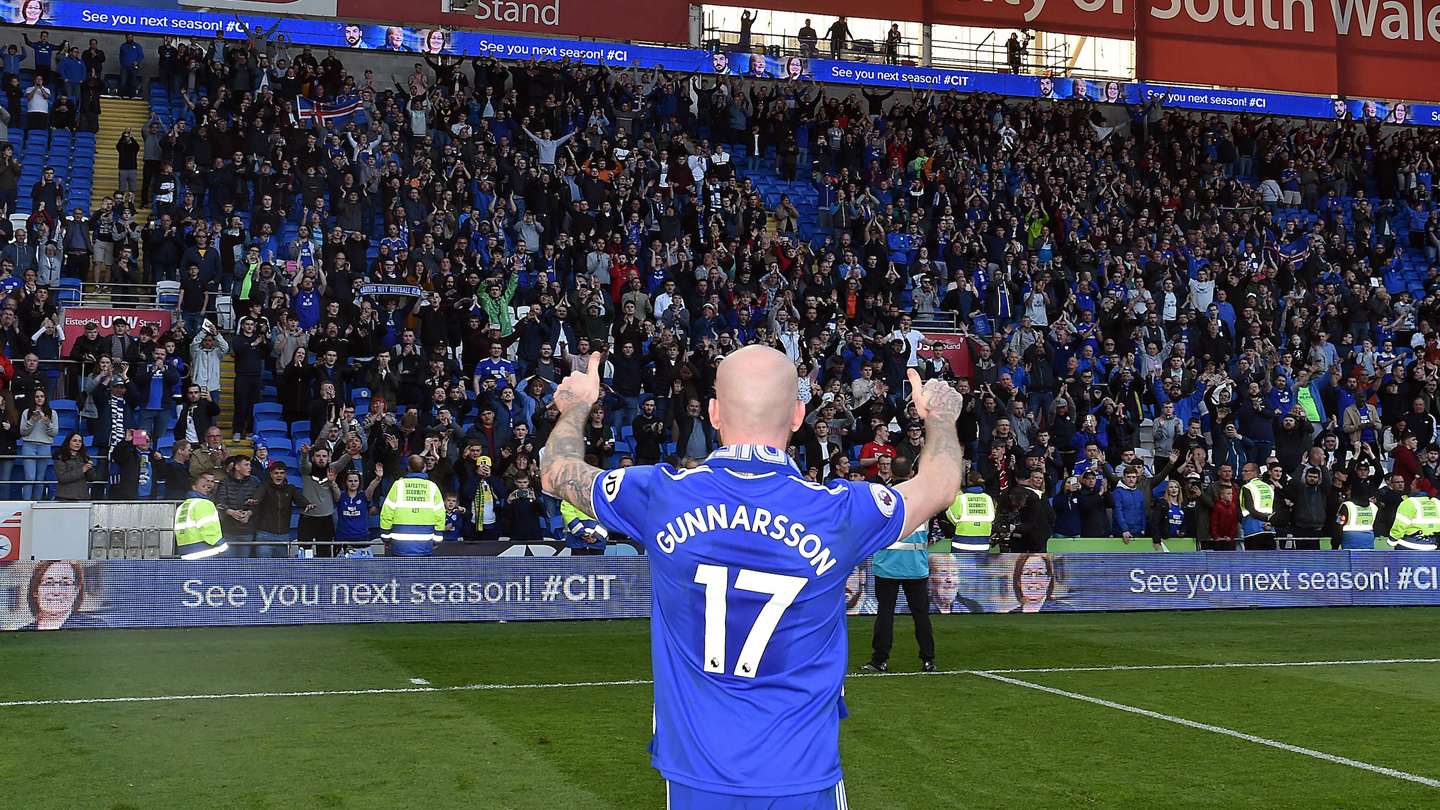 Gunnarsson: "It was emotional walking off the pitch."

The Bluebirds took their fight to remain in the Premier League to the penultimate gameweek despite trying circumstances throughout the campaign.

Palace's 3-2 victory at CCS means that City's final league position is confirmed as 18th. The Club will play their football in the Sky Bet Championship in 2019/20.

"We've had some setbacks during the season but we always did what we could to bounce back," Gunnar began. "Today was a tough defeat to take.

"We were still fighting to survive, but I have to admit I felt the better footballing team won on the day."

Aron continued: "That being said, decisions haven't gone our way at times this campaign for whatever reason.

"Overall, we're still proud of the boys, and the Club.

"The togetherness this season was much better, and hopefully it is third time lucky for Cardiff City the next time we're promoted."

Our final home game of the campaign was also Aron's final home match as a City player. The Iceland captain has agreed a move to the Middle East.

"I'm heading to Qatar next season. It is going to be a big change, but I am looking forward to it.

"That being said, it is always upsetting to say goodbye to a crowd that has supported you through thick and thin.

"It was emotional walking off the pitch. I've got a special bond with this Club."