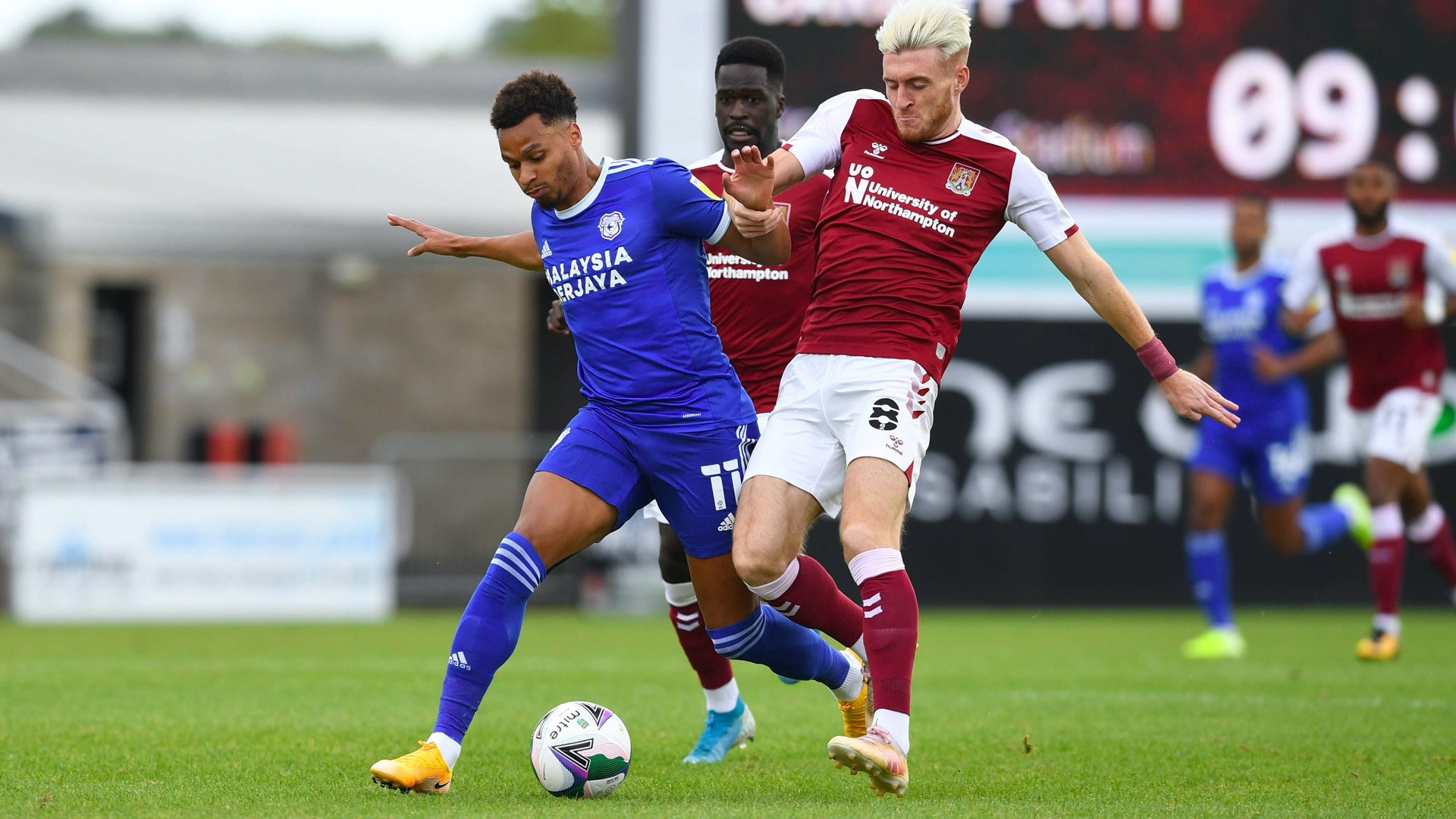 A 3-0 defeat at Northampton Town saw Cardiff City exit the Carabao Cup in Round One.

Neil Harris named the same Bluebirds 11 that had beaten Cheltenham Town in Tuesday's pre-season friendly, as City lined up in a 3-4-3 formation in Northamptonshire.

The Bluebirds were braced for a competitive fixture against the Cobblers, who secured promotion via the League Two Play-Offs in June.

But with just one 90-minute pre-season match under their belts, the first half developed into a somewhat scrappy affair.

While Alex Smithies made two fine first-half stops to keep the Cobblers at bay, the Bluebirds' first opportunity came through Jordi Osei-Tutu.

The young right-back raced through on the counter-attack after a burst forward from Sean Morrison, but the Arsenal loanee's effort was straight at the 'keeper.

Northampton took the lead just after the half-hour mark as Osei-Tutu, isolated at the back post, was adjudged to have brought down Joseph Mills – Harry Smith converting the spot-kick.

Robert Glatzel had City's best chance to equalise, placing his header over the bar when unmarked in the area, seeing City go in behind at the interval.

While the Bluebirds hoped for a response in the second half, they soon found themselves two behind as Matt Warburton doubled the hosts' advantage.

But the game looked to be beyond their reach on the hour-mark as Ryan Watson added a third goal from range.

Two positives of the second half saw Greg Cunningham make his return to competitive action following a lengthy spell on the side-lines, and Tom Sang add a lively contribution from the bench.

But the final whistle saw City exit the Carabao Cup in Round One ahead of next weekend's Sky Bet Championship opener against Sheffield Wednesday.