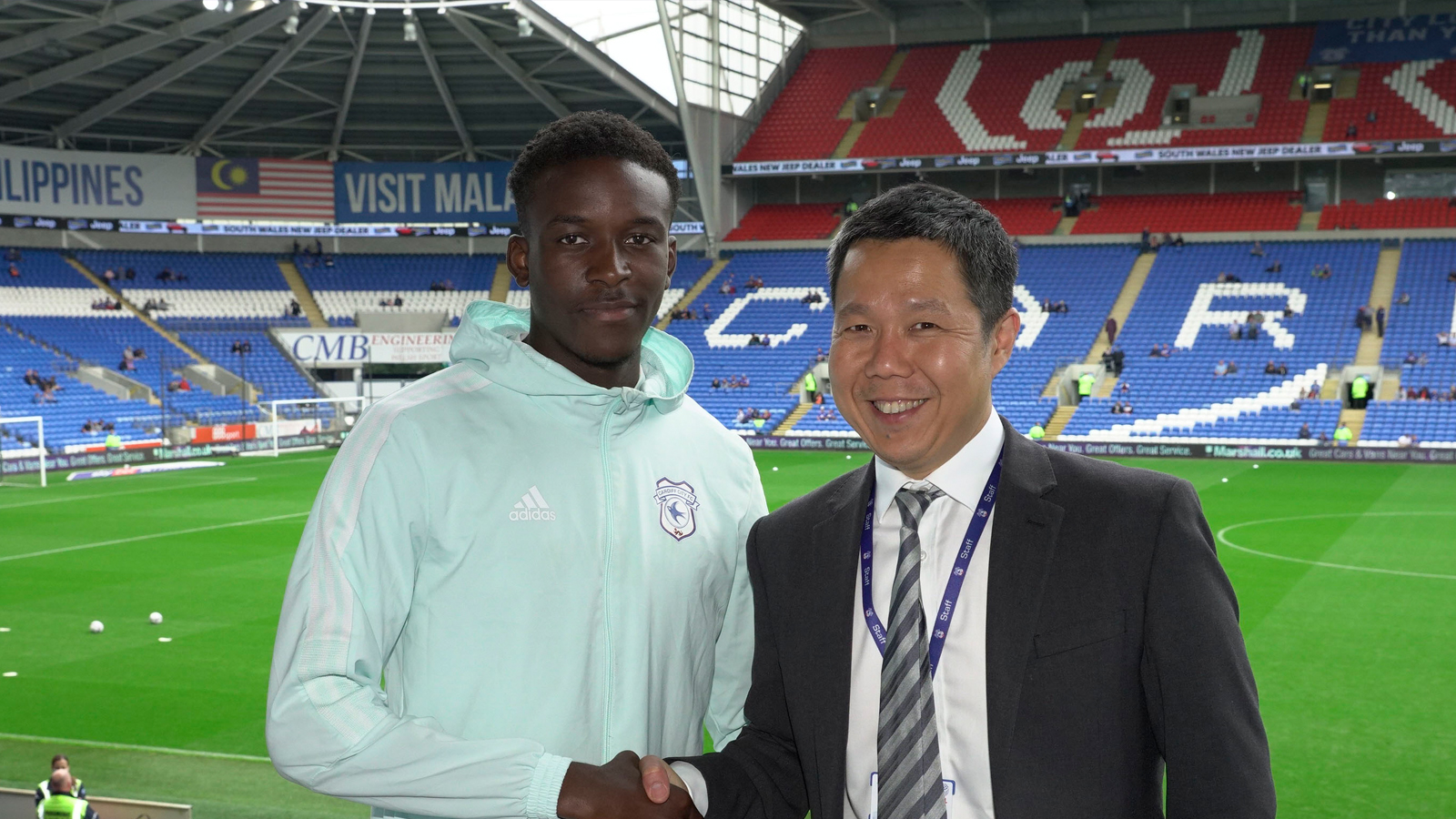 Forward Chanka Zimba has this week put pen-to-paper on a new contract with the Bluebirds.

The 19-year-old’s new agreement with the Club will see him remain at Cardiff City Stadium until June 2024.

The young striker has impressed the Bluebirds hierarchy since joining from Blackburn Rovers in September 2020. Zimba has appeared in a number of First Team squads thus far and even scored in two pre-season friendlies for Mick McCarthy’s side this summer.

Speaking after signing his new contract at Cardiff City Stadium, Chanka said: "I'm over the moon. This is a big step for me, and I'm happy that I've got this deal over the line.

"My time with the Club so far has been good. Since joining I've been with the U23 side and had a taste with the First Team. Playing with them during the pre-season was a great experience, and I'm hungry for more.”

U23 Lead Coach Steve Morison added: "I'm really pleased for him. He's somebody that we recruited into the Academy around 12 months ago. Since the end of the last season he's come back flying, and the Gaffer has really liked from what he's seen of him.

"It's pleasing to see that another player who's joined during mine and Tom Ramasut's time here has managed to make an impact. He's done well in pre-season, and now it's his chance to kick on and make a name for himself, which is something that we all want to see. Hopefully he does enough over the coming season to be another Academy player who's earned a First Team debut."