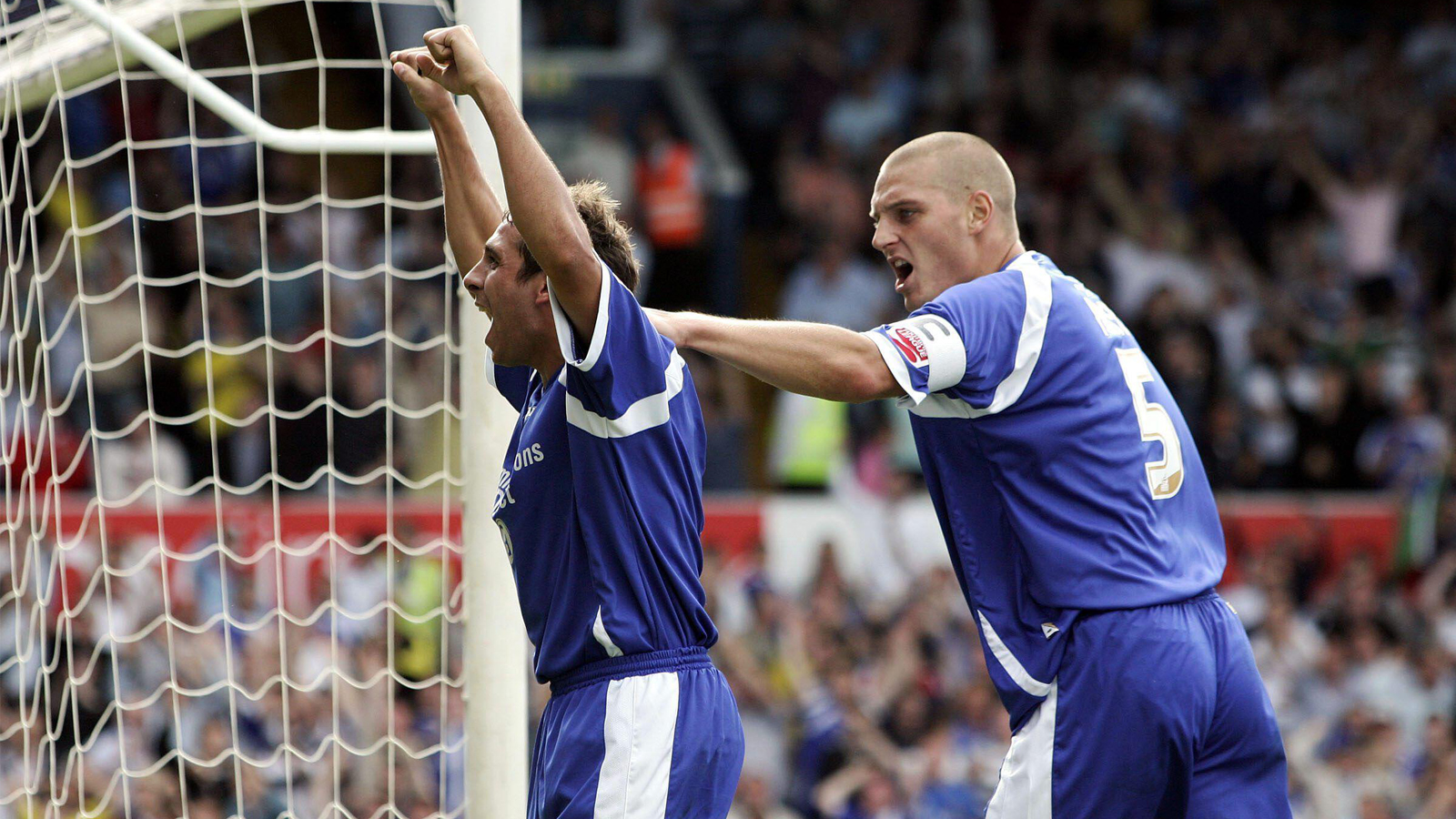 📆 In 2006, @MichaelChopra bagged a brace as City defeated Luton Town!

Read more about our victory over the Hatters👇#CityAsOne

With the Bluebirds welcoming Luton Town to Cardiff City Stadium on Monday afternoon, we look back at a memorable performance against the Hatters from 2006.

City had made a positive start to the campaign, with wins over Barnsley, Coventry City, Leeds United and Birmingham City.

In front of 14,108 fans at Ninian Park, the Bluebirds had a chance to return to the top of the table with a win, and did so in some style.

Despite City’s strong start, the Hatters remained a threat and pulled a goal back on the stroke of half-time through Rowan Vine.

The Bluebirds stepped up a gear in the second period however, with a memorable second-half performance from striker Michael Chopra.

The City legend, who had netted four goals in his opening seven games for the club since signing from Newcastle United, restored the two-goal cushion by stabbing home from Steve Thompson’s flick-on.

Continuing his positive start to life in the Welsh capital, Chopra swiftly found his second, converting with quality from Malvin Kamara’s deep cross into the area.

The striker would go on to enjoy a prolific season for the Bluebirds, netting 22 league goals in 42 appearances, including a notable hat-trick in a dramatic 3-2 victory over Leicester City.

His form earned him a place in the PFA Team of the Season and a move to Premier League side Sunderland, where he would go on to score the winner on his debut for the Black Cats in a 1-0 victory over Tottenham Hotspur.

Despite their strong start to the campaign, the 2006/07 season ended with the Bluebirds in 13th position. A season of transition, City would go on to have a memorable campaign the following year, reaching the Final of the FA Cup.