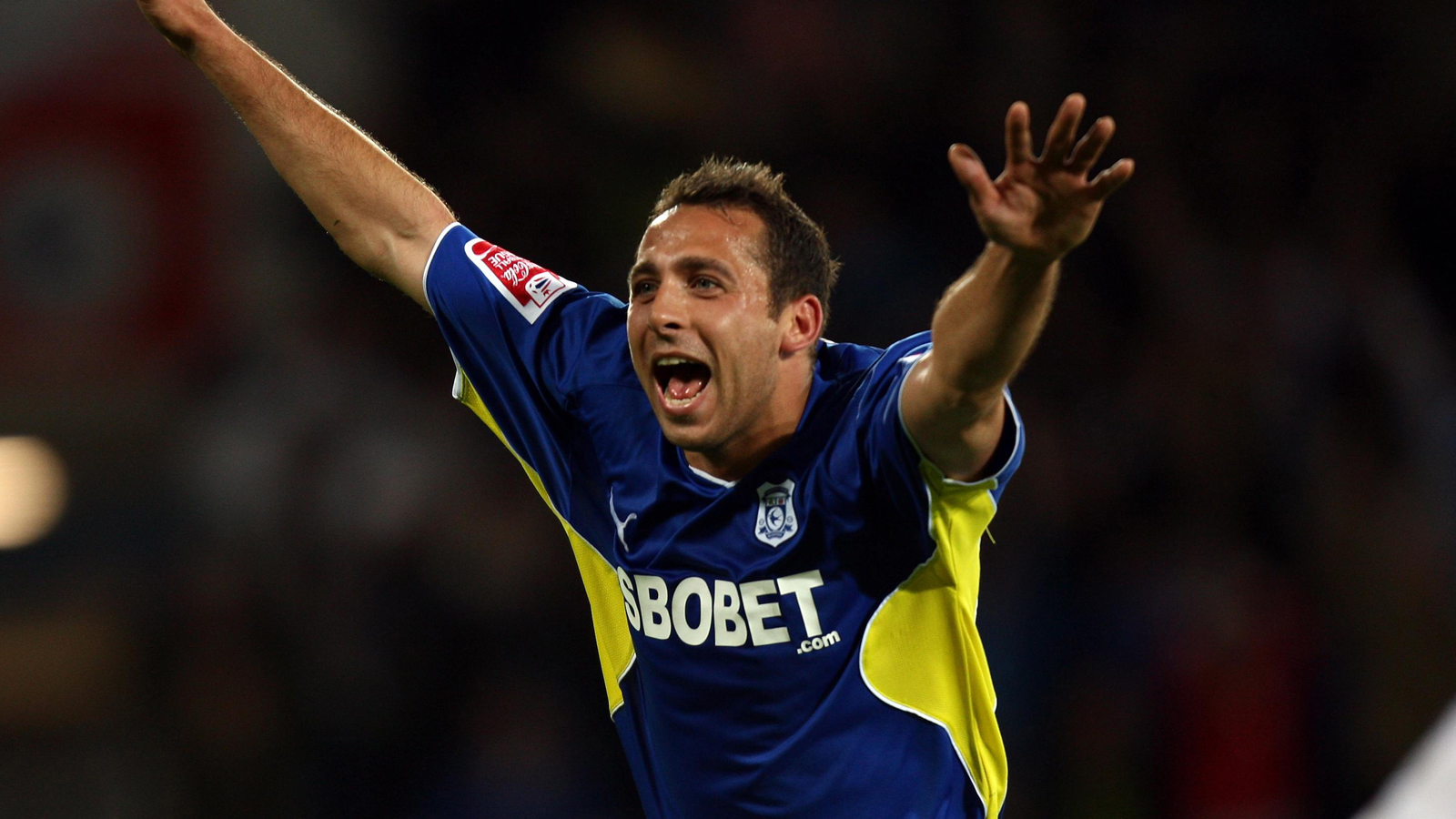 As the Bluebirds welcome Derby County to Cardiff City Stadium on Saturday, we take a look at a memorable CCS performance against the Rams...

In September 2009, Dave Jones’ City needed to bounce back from disappointing results against Queens Park Rangers and Sheffield Wednesday, and did so in style with an emphatic 6-1 win in the Welsh capital.

A fantastic Bluebirds performance was led by striker Michael Chopra, who posed a danger to the Derby defence all evening.

But it was Jay Bothroyd who played a key part in the opener, beating the offside trap and squaring to Peter Whittingham for an easy tap-in to give City the lead.

Whitts then turned provider, delivering an exquisite cross for Chopra to net his first goal since August and double the Bluebirds’ advantage.

After the break, Rob Hulse gave the Rams hope in halving the deficit, but City responded excellently, with Chopra taking centre stage once more.

A fantastic back-heel in-behind from Chris Burke found the striker, who calmly slotted past Stephen Bywater to restore the two-goal advantage.

Just five minutes later, Chopra secured his hat-trick, using his pace to beat the offside trap once again and chipping brilliantly into the net.

The lively Burke then got in on the act, as he cut inside and drove into the box, firing into the bottom corner to add a fifth.

Stephen McPhail celebrated the 100th start of his career with a fantastic assist, cutting through the Derby defence for Chopra to clinically add his fourth and round off a superb performance.

City went on to have a memorable season in both the Championship and the FA Cup, reaching the Fifth Round of the Cup by beating Bristol City and Leicester City.

The Bluebirds went on to face Chelsea at Stamford Bridge, falling to a 4-1 loss despite Chopra’s equaliser sending the away end into raptures.

In league action, Jones’ side finished fourth in the table, setting up a Play-Off Semi-Final with Leicester City. Going into the second leg with a one-goal advantage thanks to Whittingham’s sublime free-kick at the Walkers Stadium, the dramatic return fixture at CCS finished with the scores tied on aggregate at 3-3.

Along with with Ross McCormack, Joe Ledley and Mark Kennedy, Chopra held his nerve to score his spot kick in the penalty shootout, with former City captain and current Derby goalkeeper David Marshall making the decisive save to send the Bluebirds into the Play-Off Final.

In front of 82,244 fans at Wembley Stadium, the Bluebirds narrowly missed out on promotion to the Premier League, suffering a 3-2 defeat to Blackpool.

Despite the agony of Play-Off Final disappointment, Chopra’s fantastic performance in the 6-1 victory over Derby County was a real highlight in a truly memorable season.