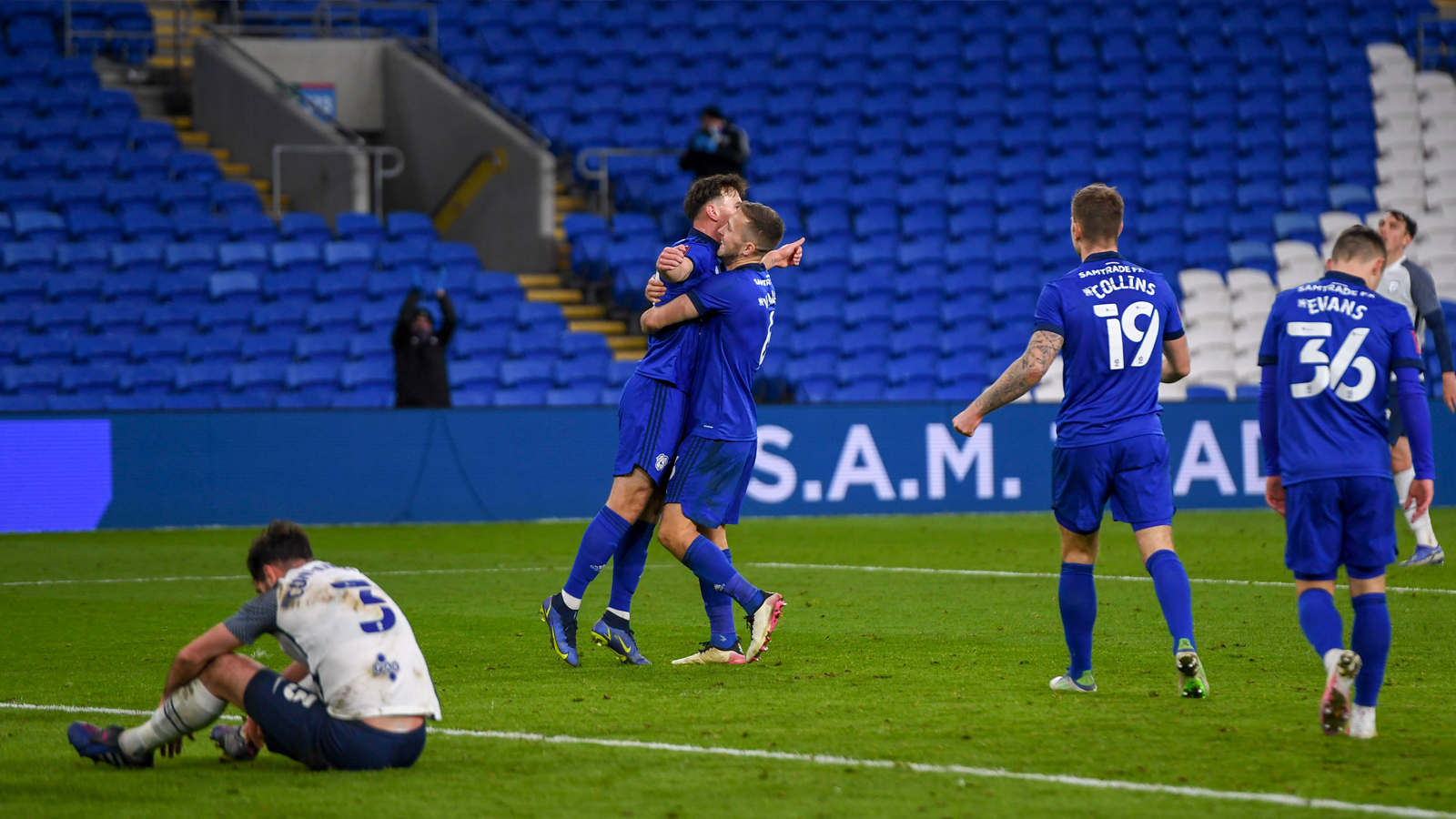 Cardiff City booked a place in the Fourth Round of the Emirates FA Cup with a win over Preston North End on Sunday afternoon.

Isaak Davies’ fine first-half effort gave City the lead, before Daniel Johnson’s penalty levelled for the visitors. As the contest went to extra-time, Mark Harris struck clinically to secure a late victory for the Bluebirds.

Boss Steve Morison made six changes to the side that battled to a 1-1 draw at West Bromwich Albion last time out, with Dillon Phillips, Joel Bagan, Sean Morrison, Rubin Colwill, Ciaron Brown and Davies coming into the starting XI.

The visitors started sharply in the Welsh capital and forced an early chance, as left-back Josh Earl found space, only to be crowded out by the Bluebirds defence. City responded well and grew into the contest, with Will Vaulks’ corner headed out to Marlon Pack, who struck an effort over the woodwork. Ryan Lowe’s side continued to pose a threat however, as captain Johnson cut inside and fired wide from the edge of the area.

City created a golden opportunity to open the scoring, with Colwill slotting Davies through, who fired narrowly wide of the post. The visitors reacted with a chance of their own, as Brad Potts met a cross at the far post, only to head wide of the mark.

Shortly before the break, the Bluebirds went close to opening the Preston defence, with Pack threading a ball through, almost finding Curtis Nelson on the right side of the box.

Morison’s side weren’t to be denied however, taking the lead in the 42nd minute, as Davies’ solo run down the left led to the attacker cutting inside and firing clinically past Daniel Iversen to send City into the break with a 1-0 advantage.

The Bluebirds looked for a second goal early after the interval, as Bagan’s shrewd work down the left led to Vaulks striking at goal, only for his effort to be blocked off target.

Lowe’s men responded and equalised in the 53rd minute, as Sean Maguire was brought down by Brown in the area, with Johnson stepping up to slot home.

City responded well to the equaliser, as Davies isolated Sepp van den Berg on the left and cut inside, almost finding the on-rushing James Collins with a low cross.

The visitors created also opportunities to take the lead, with Maguire curling wide of the post from the edge of the box. Bagan looked to carve a chance down the left for City, beating his man before firing over.

After Davies’ opener was cancelled out in the second-half by Johnson, the contest went into extra-time. The visitors went close to taking the lead as the game resumed, with Earl finding space at the back post, only to fire wide.

City reacted with an opportunity of their own, as substitute Harris drove inside from the left and curled an effort towards the top corner, forcing Iversen into a fine save to tip wide.

In the second period of extra-time, Harris went close once more, driving a powerful effort narrowly wide from distance. On his return to CCS, former City player Greg Cunningham was found free in the box, heading past the post.

City were rewarded for persistence, finding a late winner in the 115th minute, as Harris struck home from the right side of the box to secure victory for the Bluebirds.

Having defeated the Lilywhites at CCS, the Bluebirds have now been drawn to face Liverpool at Anfield in the Fourth Round. Morison’s side return to league action next weekend, welcoming Blackburn Rovers to CCS on Saturday, 15th January, 2pm KO.