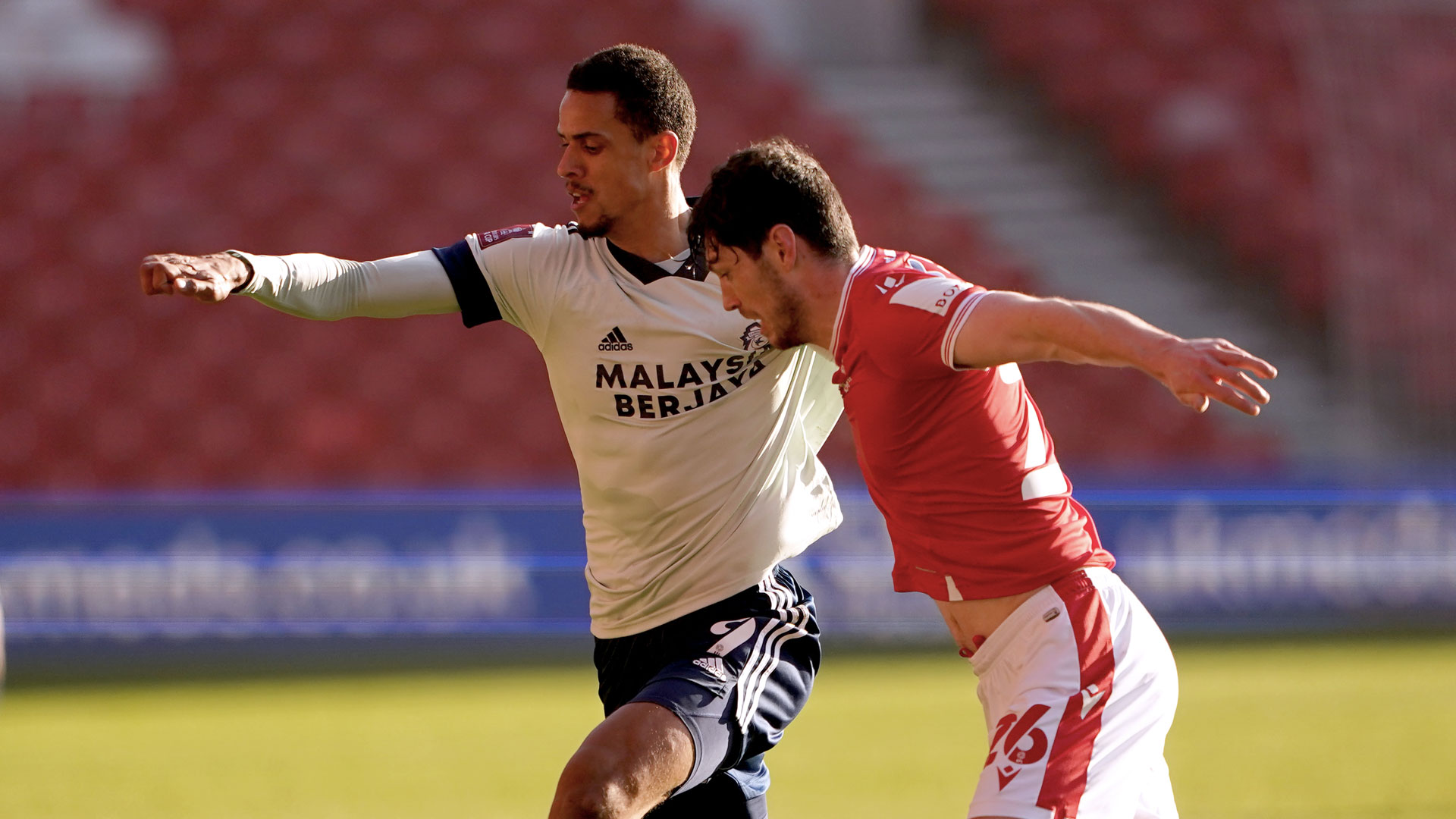 Nottingham Forest progressed in the Emirates FA Cup, defeating the Bluebirds by a single-goal at the City Ground on January 9th, 2021.

Despite a strong showing from Neil Harris' side, Lyle Taylor's early goal was enough for the hosts to reach Round Four.

Dillon Phillips was handed his Cardiff City debut, while Joel Bagan, Marlon Pack and Josh Murphy started in four changes for the Bluebirds.

The hosts made the most of their first opportunity in just the third minute, as Lyle Taylor converted Gaëtan Bong's cross from inside the box.

However, the Bluebirds soon looked to respond as they began to counter strongly at the City Ground. Will Vaulks and Leandro Bacuna both fired over as City searched for a quick-fire leveller. They almost found it when the ball fell to Murphy following Vaulks' long throw, but he couldn't quite connect.

The winger's pace caused the home side some problems and he nearly teed up Robert Glatzel before the break, only for the hosts to clear. While Phillips had to be alert to get down to Joe Lolley's deflected effort, City went in at the interval unfortunate to be behind.

Neil Harris' men continued to pin the hosts back at the start of the second half. Racking up plenty of territory, City came inches from an equaliser when Harry Wilson's fierce free-kick was deflected into the side-netting.

On the hour mark, Vaulks' dipping effort from range was just held by Jordan Smith, while the 'keeper had his palms stung by Joe Ralls soon after. Second-half substitute Alex Mighten provided some spark for the host, breaking and testing out Phillips with a low drive.

City had two late chances to grab an equalising goal. Wilson was set clear down the left side by Bagan, but some late pressure stopped the Welsh international from finding a free Glatzel with his cross. With two minutes of normal time remaining, substitute Junior Hoilett saw his volley from Bagan's cross drift just over the crossbar.

The Bluebirds pushed during the final moments and four minutes added on, but were unable to find a leveller - exiting the Emirates FA Cup at Round Three.