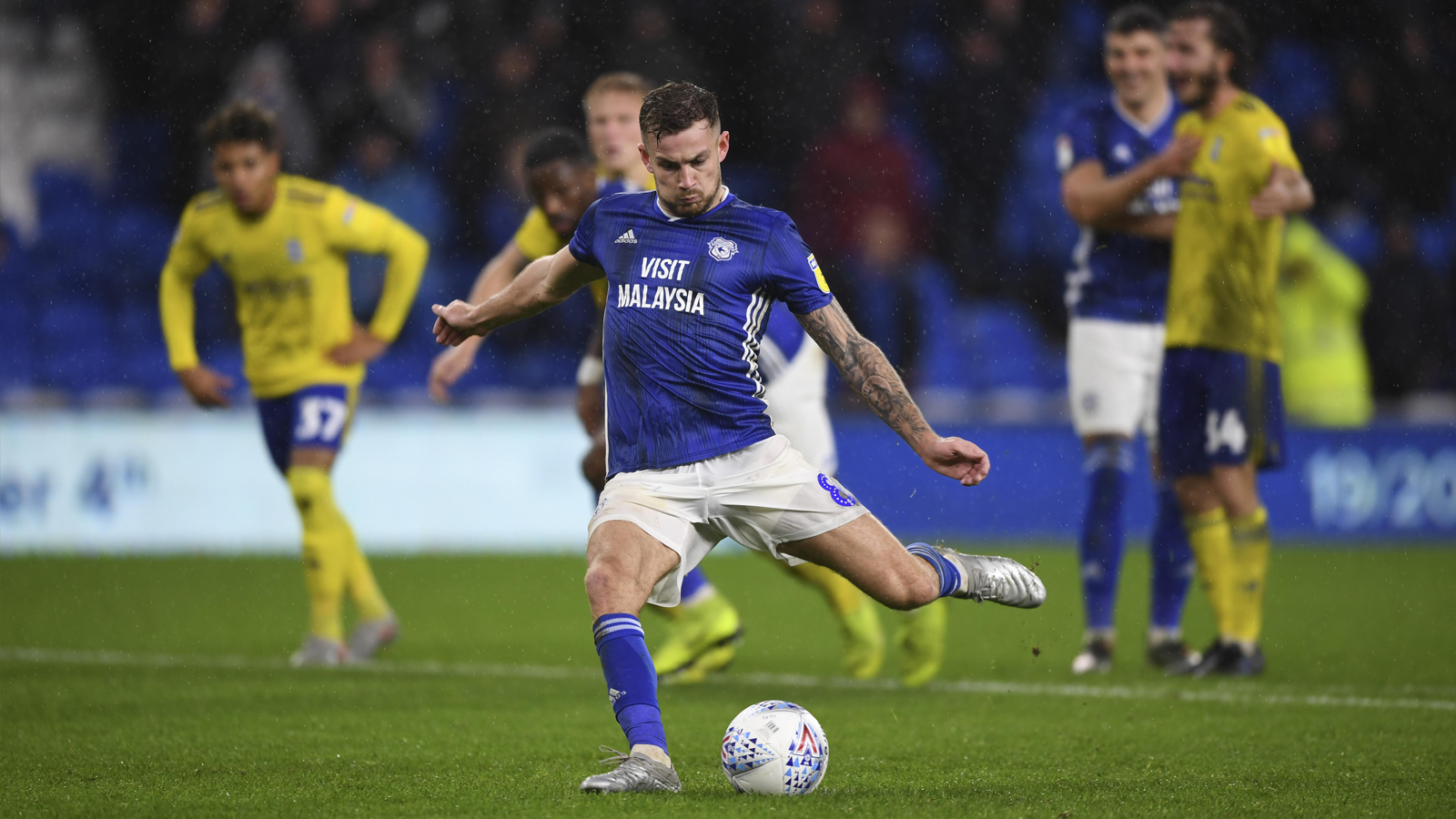 Ahead of Saturday's trip to St. Andrew's, we take a look at two notable meetings in recent years between Cardiff City and Blues... 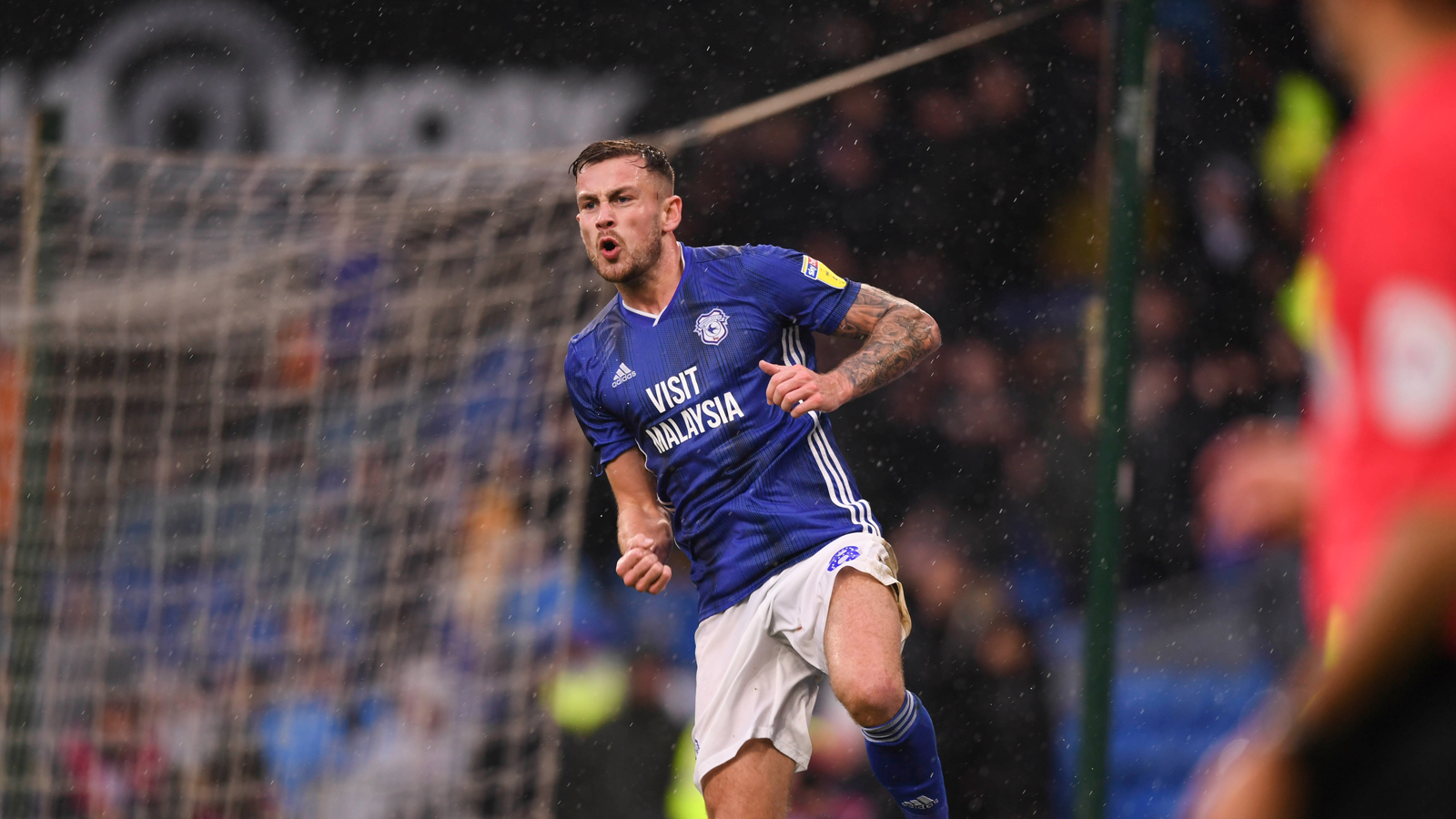 Cardiff City supporters were treated to a match to remember on November 2nd, 2019, when Blues arrived in South Wales that Saturday afternoon.

With the wind blowing around the stands of CCS and rain falling throughout the encounter, nearly 24,000 of the City faithful watched as the Bluebirds bounced back to winning ways, with Joe Ralls the star player.

Birmingham City managed to establish a lead early on, when in the third minute Kristian Pedersen took advantage of a loose ball near City’s goal line to put the visitors ahead. 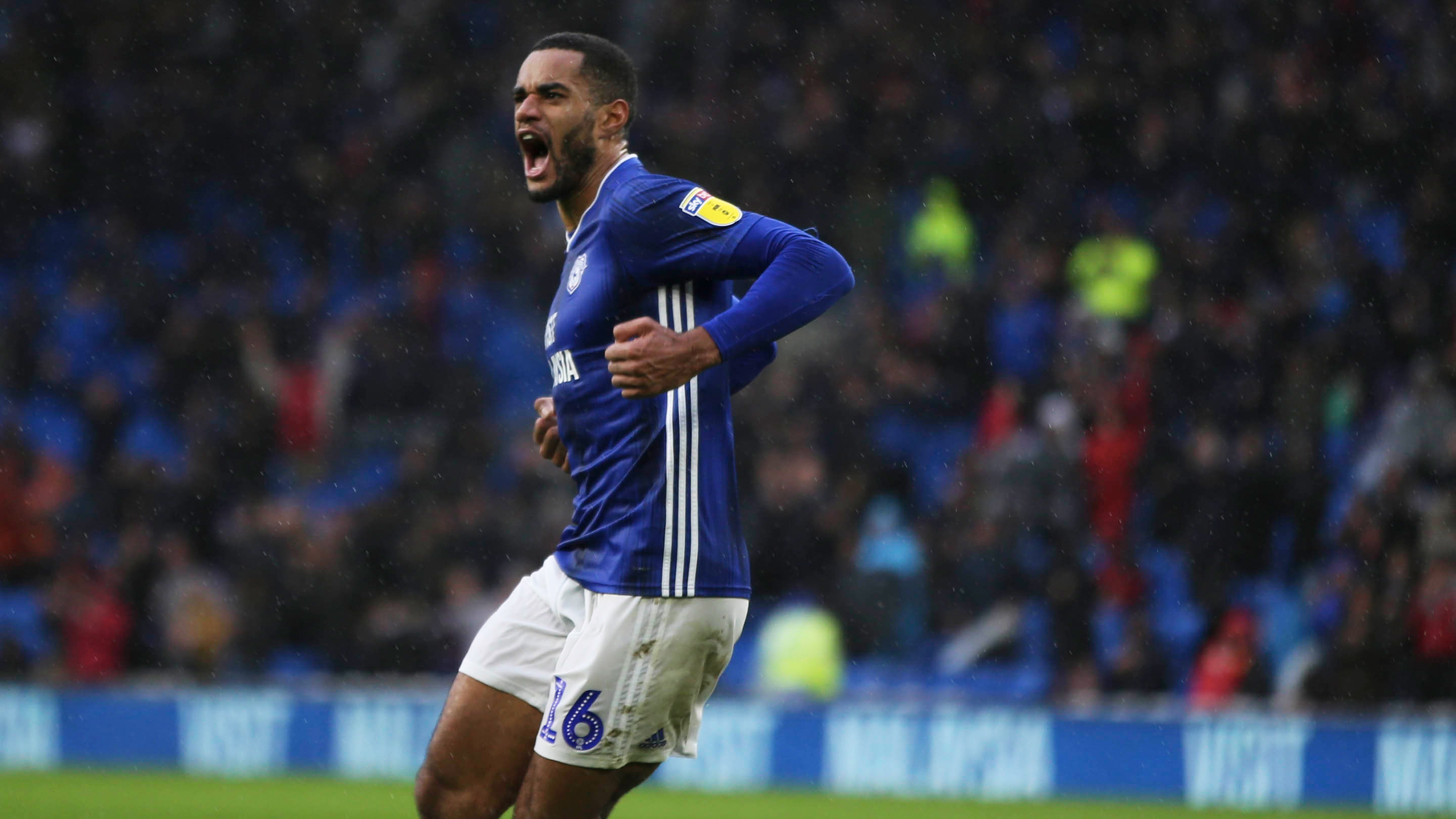 The hosts went about making up for their earlier mistake, however, and thanks to two goals within eight minutes of each other were ahead at the break. Ralls netted his first of the afternoon on the half-hour mark, leaving Lee Camp to pick the ball from the back of the net from the midfielder's well-struck penalty-kick.

Before the half was out, Curtis Nelson, in his first league start for Cardiff City, scored his first goal in the blue shirt, shooting his own effort goalwards from a rebound. Now in the lead, the hosts saw out the first half without further incident.

The earlier drama in the first half was only added to in the second, beginning with Danny Ward's dismissal in the 52nd minute of play. Having fouled Kerim Mrabti with a lunging tackle, the referee showed the striker a straight red card, ending Ward's involvement that afternoon.

Despite being down to ten men, it was the Bluebirds who managed to score next, when in the 69th minute Ralls picked up his second. Receiving the ball inside the area following a swift counterattack from the hosts, City's number 8 swung his left foot to curl the ball goalwards at the far post beautifully, doubling the lead and relieving the pressure with 20 minutes left to play.

Though they'd scored in the 89th minute through Ivan Sunjic, the dismissal of Birmingham City's Harlee Dean made things diffcult once more for the visitors, as he was given his marching orders in injury time. Two minutes later, things went from bad to worse for Blues, as Ralls stepped up to take his second penalty-kick of the afternoon, following a foul inside the area on Omar Bogle.

Sending Camp the wrong way once again, Rallsy had netted his first career hat-trick, and the first scored by a City player since Peter Whittingham achieved the feat in 2012 against Wolverhampton Wanderers. 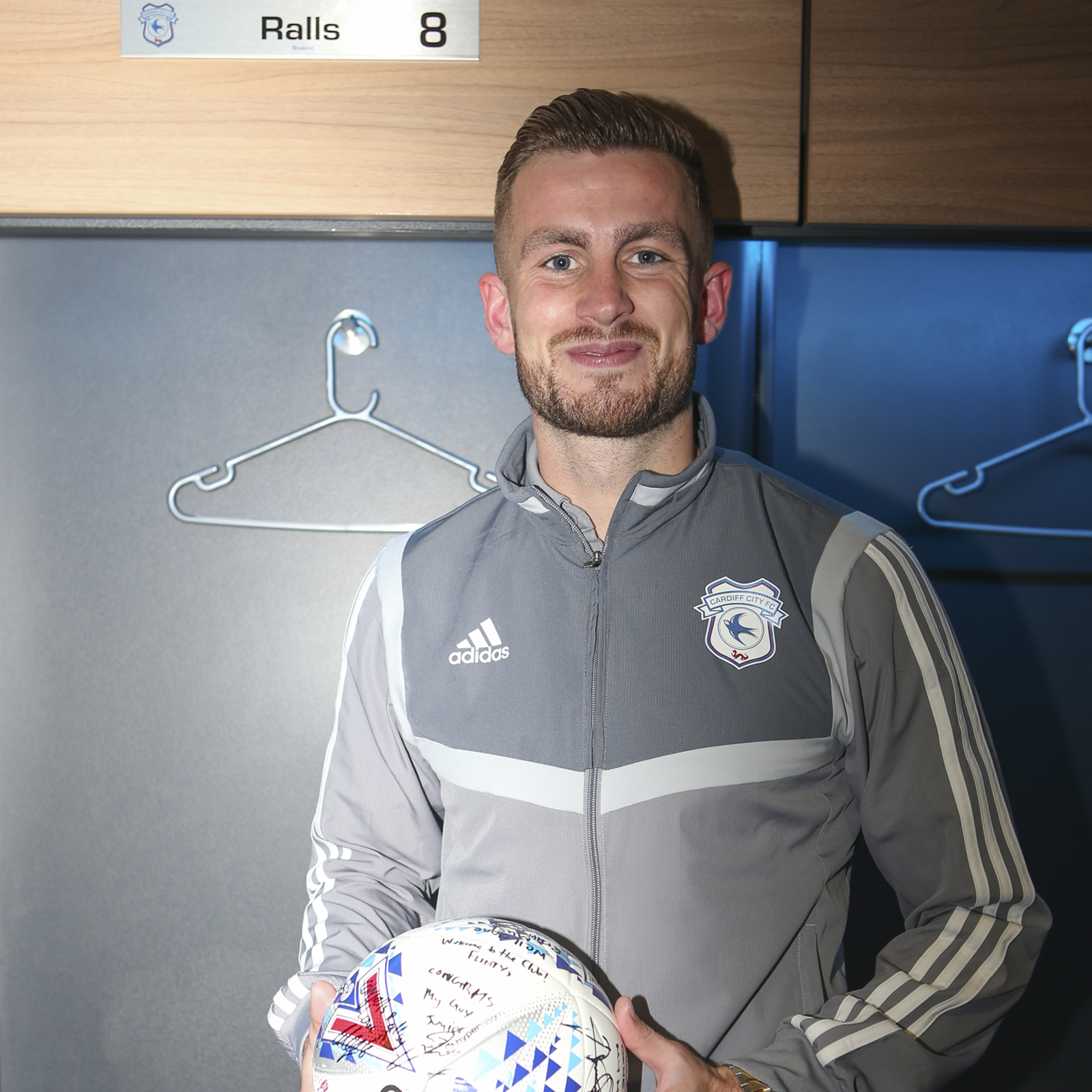 Taking the match ball home with him following his star turn that afternoon, Joe was understandably elated by the performance his side had put in at CCS.

“It was tough at times," he said at the time. "We really had to dig in but I thought the boys put in a really good performance today and showed the fans what we’re all about again. That one was for them.

“To get three goals is amazing, I’m over the moon with that. We had to dig in with ten men at times and the boys did that.

"We defended our box superbly. It was exactly what we needed at this time of the season – we’ve got to build on it now and kick on.

“We’ve set our standards now and we’ve got to keep to that for the rest of the season. As I said, the crowd were amazing today. That support is brilliant and helps us through the tough times.”

Cardiff City continued their near-perfect start to the 2006/07 season as they defeated Birmingham City 2-0 on August 26th, 2006. Their fifth game of the season gave the Bluebirds their fourth victory of the campaign up to that point, with a 1-1 draw against West Bromwich Albion two weeks prior being the only case where City had dropped points.

A near-sellout crowd at Ninian Park packed into the ground to watch their side take on Blues, with 20,109 supporters there to cheer City onto another well-earned victory, claiming not only three points but first place at the top of the Championship league table.

Blues, meanwhile, arrived in South Wales at the the top of the table themselves. Their near identical record put them level on points with Cardiff City, but a better overall goal difference put them inches ahead in that early part of the season.

With such a highly anticipated fixture for these two early high-flyers, it was the hosts who opened the scoring with an early goal from Joe Ledley, whose shot put the recently-relegated visitors behind in the 12th minute, striking home from inside the area.

The visitors came back into the match by nearly scoring on several occasions, but could not find a way to get their side on the scoreboard. Gary McSheffrey, who had signed for the visitors only ten days before the match, threatened throughout, and saw three dangerous shots get saved by the fingertips of 'keeper Neil Alexander.

Though he was unable to score on that day, McSheffrey would go on to be a key man in Blues' eventual promotion campaign, netting 13 times as the club went on to achieve Premier League status once more.

Having left South Wales for the Midlands months before the fixture, Cameron Jerome made his return appearance at Ninian Park, coming on as a substitute for Blues. His biggest chance of the encounter saw the striker hit wide of the mark, however.

Battling throughout, City kept the visitors at bay before doubling the lead with only 15 minutes remaining. Under pressure from the Bluebirds, a half-hearted clearance found Steven Thompson, who fed Paul Parry for the winger to strike a right-footed effort past Colin Doyle.

With the final whistle blown, City supporters rejoiced as their side leapfrogged their opponents to the top of the league table. The win was notable for more reasons than one, however, as it brought to an end a near 36-year spell without a victory over Birmingham City.

Incidentally, Cardiff City's ascension to the first place was the first time they had reached those heights since March 1971, a position they had been forced to concede that last time by, of all clubs, Birmingham City!