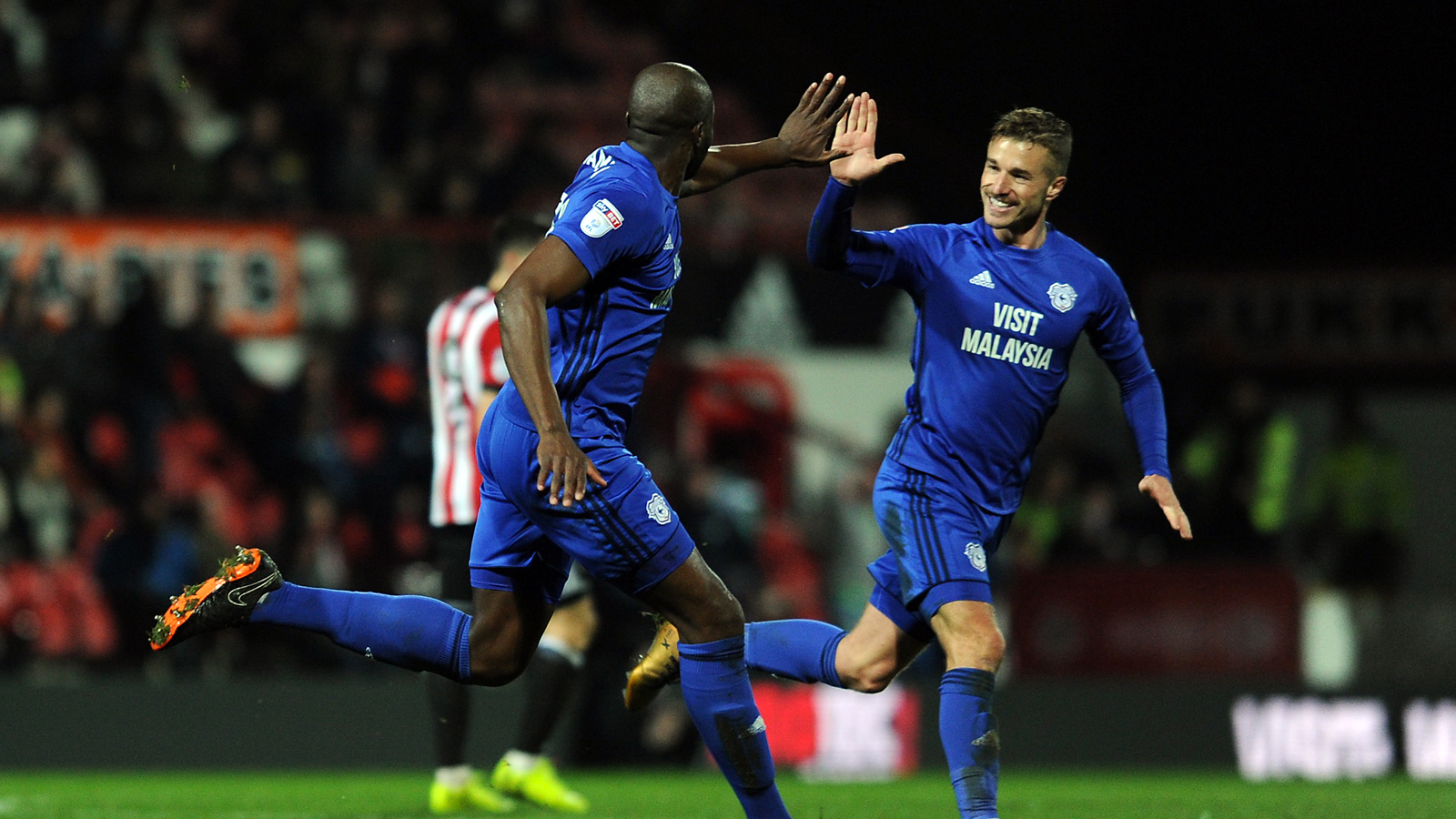 Ahead of City's trip to Griffin Park on Wednesday evening, we look back at two notable fixtures between the sides, as well as the players that featured in them. 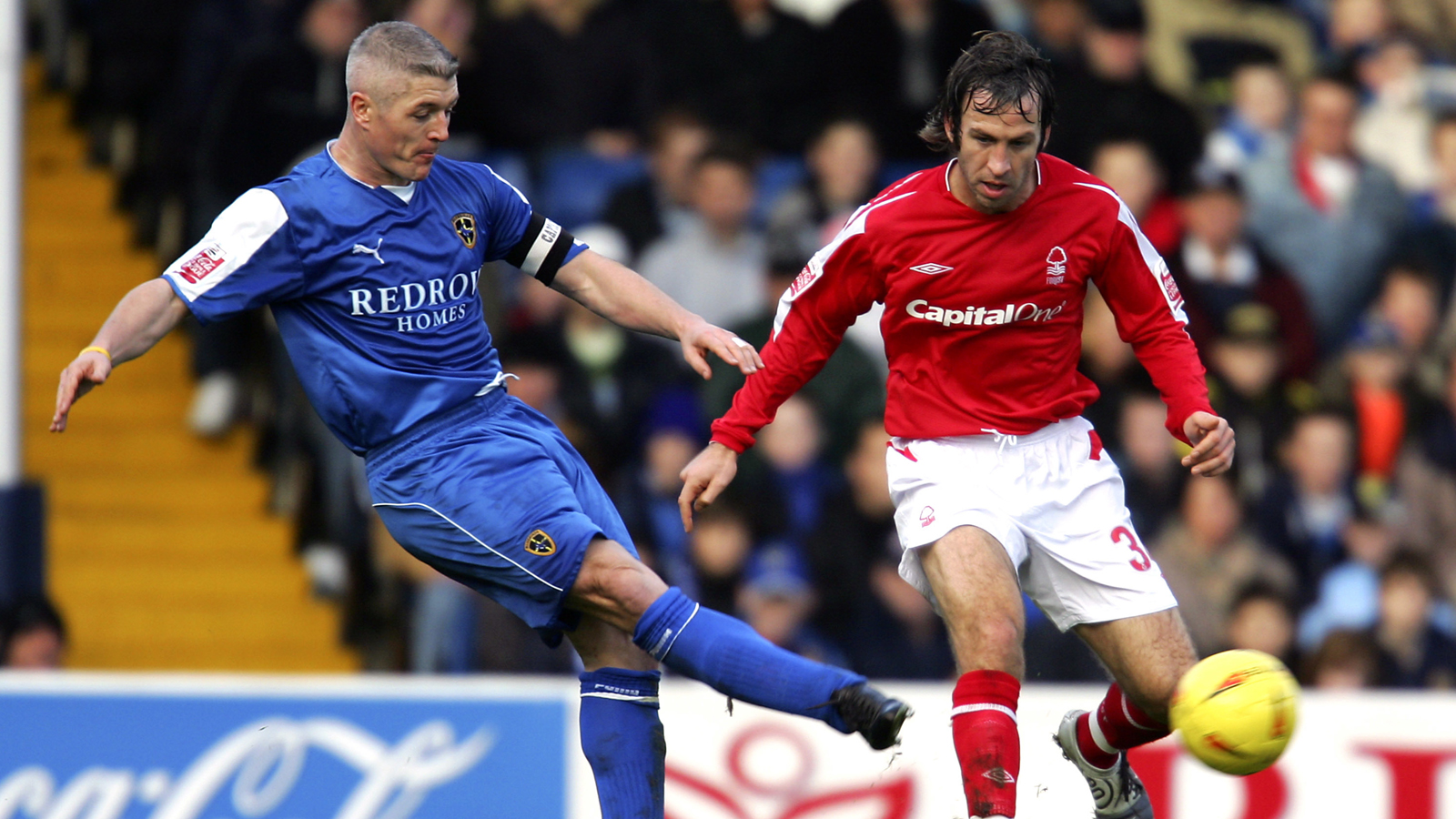 The Bluebirds' last meeting with the Bees in the Ninian Park era took place on March 4th, 2003, as City were on the march to from the lower divisions and into the First Division.

Unbeaten in sixth matches, City - under the guidance of manager Lennie Lawrence - arrived at Griffin Park in third place on the Second Division's league table, and were set to face twelfth-placed Brentford.

Earlier in the season, the reverse fixture had seen City defeat Brentford 2-0 at Ninian Park, as they recorded their fifth victory from the eight opening matches of the league campaign.

Unanswered goals from Scott Young and Robert Earnshaw secured the victory for the Bluebirds as they continued on towards the end of the campaign that saw them promoted to the First Division, with appearances from several players who proved key to the squad's overall success that season.

At the helm, Graham Kavanagh captained his side to secure the three points. Joining in the year prior to their promotion season, Kavanagh had previously spent five years playing for Stoke City, and had been a regular for both sides in the years spent at Ninian Park and in Staffordshire. 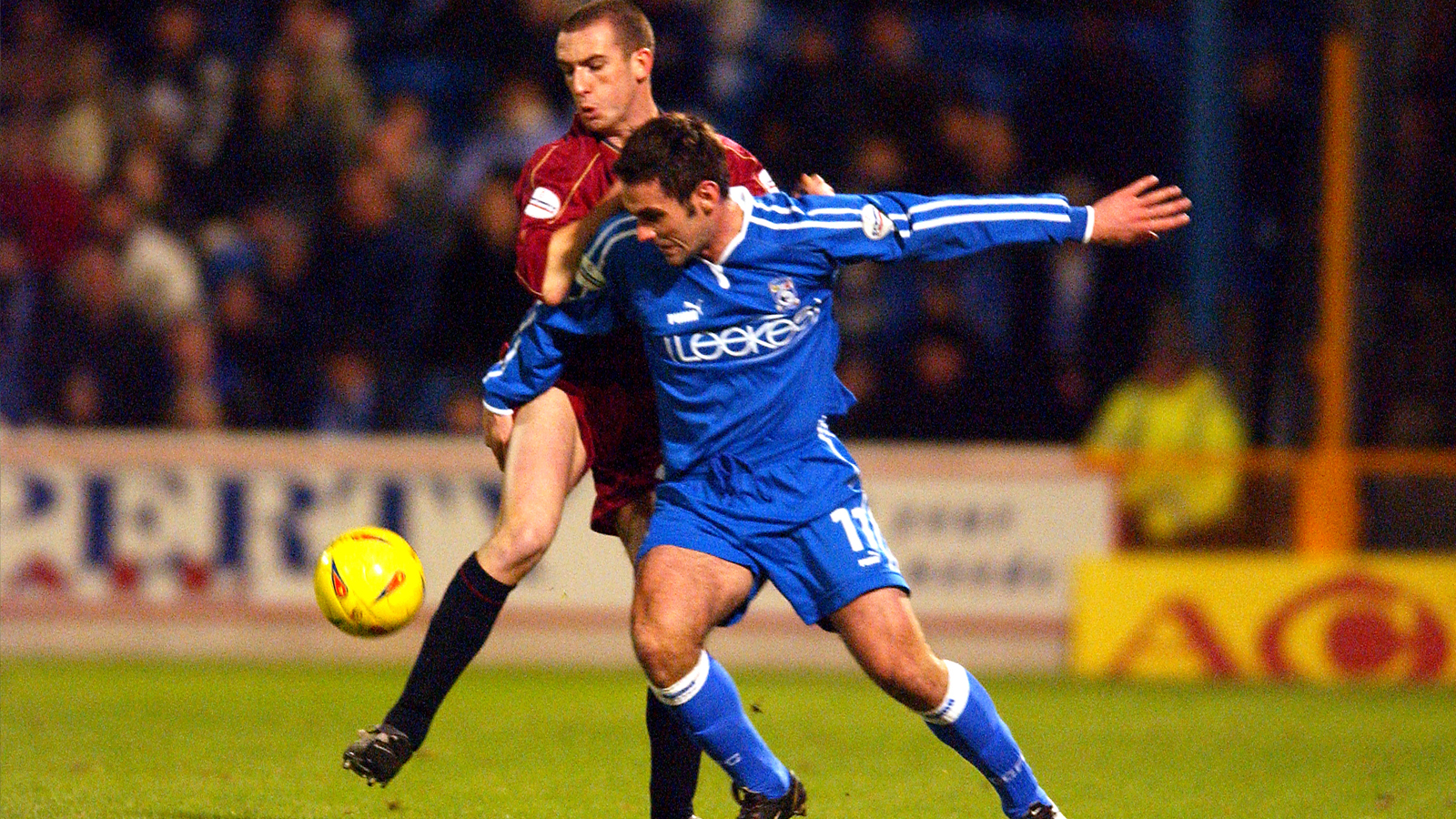 Of the starting lineup, several other players had joined during the same period as the Club captain. Also moving from Stoke City was striker Peter Thorne, who had joined a few months after Kavanagh. His partnership with homegrown talent Robert Earnshaw during their time together at the Club is now legendary, with the two scoring 51 goals between them in all competitions during the 2002-03 season alone.

The team was defensively bolstered by signings such as central defender Spencer Prior, who had joined in 2001 from Manchester City, and goalkeeper Neil Alexander, who would go on to make well over 200 league appearances for the Bluebirds across a six-year spell in South Wales.

Former Brentford striker Leo Fortune-West made an appearance against his former side during the match. The English forward had scored four goals during the season up until that point, and replaced midfielder Alan Mahon for the closing minutes of the match as the Bluebirds secured their victory on the road.

With the 2001-02 season featuring City debuts for many of the squad, it was clear to see that the work was beginning to pay off in the following year, as the squad bonded and developed together.

Arguably, the Club's results on the pitch were a culmination of the time spent building up the squad, with the depth on display allowing Cardiff City to transform from a side playing in the lower divisions to one capable of competing at the level above.

This unity and development within the squad was to be proven over the following years as the Bluebirds rose into and later flourished in the First Division. 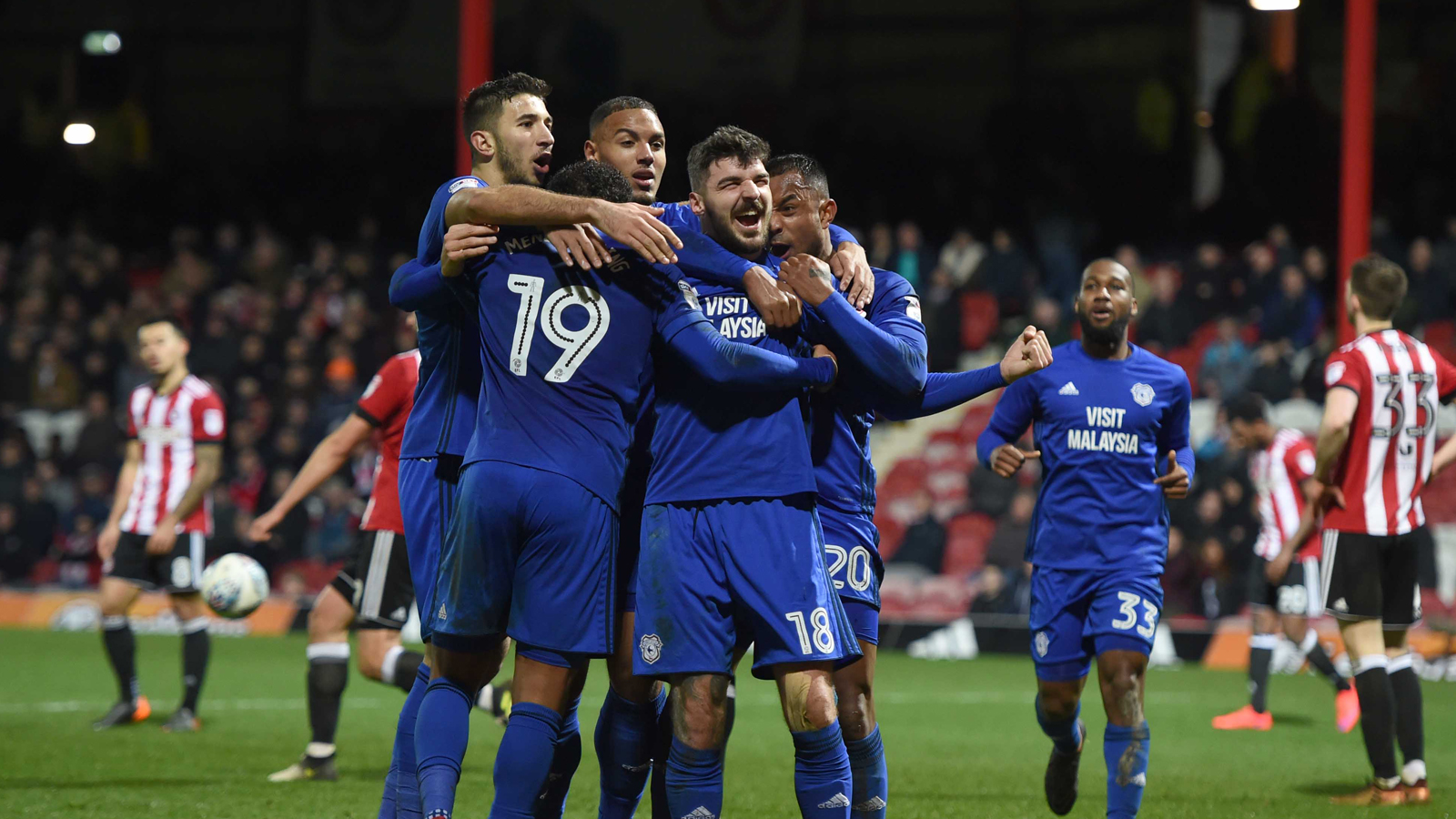 Cardiff City most recent trip to Griffin Park also came towards the closing chapters of a promotion season for the Bluebirds, though the result was certainly less clear-cut than it had been in March 2003.

Neal Maupay scored against City with only five minutes played as the Bees took control of a loose City ball on the half-way line, before driving towards goal.

The hosts' early lead was soon quashed, however, as Sol Bamba delivered a sensational goal from just inside Brentford's area.

The defender controlled a high ball well before turning to face goal and shoot home on the half-volley in the 25th minute of play, hammering the ball in at the far post.

The goal won many plaudits that evening, eventually being voted by the City faithful as the Club's Goal of the Season for the 2017/18 campaign.

City took the lead for the first time through Callum Paterson before the half-time whistle, as the Scotsman hit Junior Hoilett's low cross with his first touch past, cheering in front of the away supporters alongside his teammates.

Hoilett assisted once more later on in the encounter as he headed the ball into the area for Ken Zohore to connect with at the six-yard box. 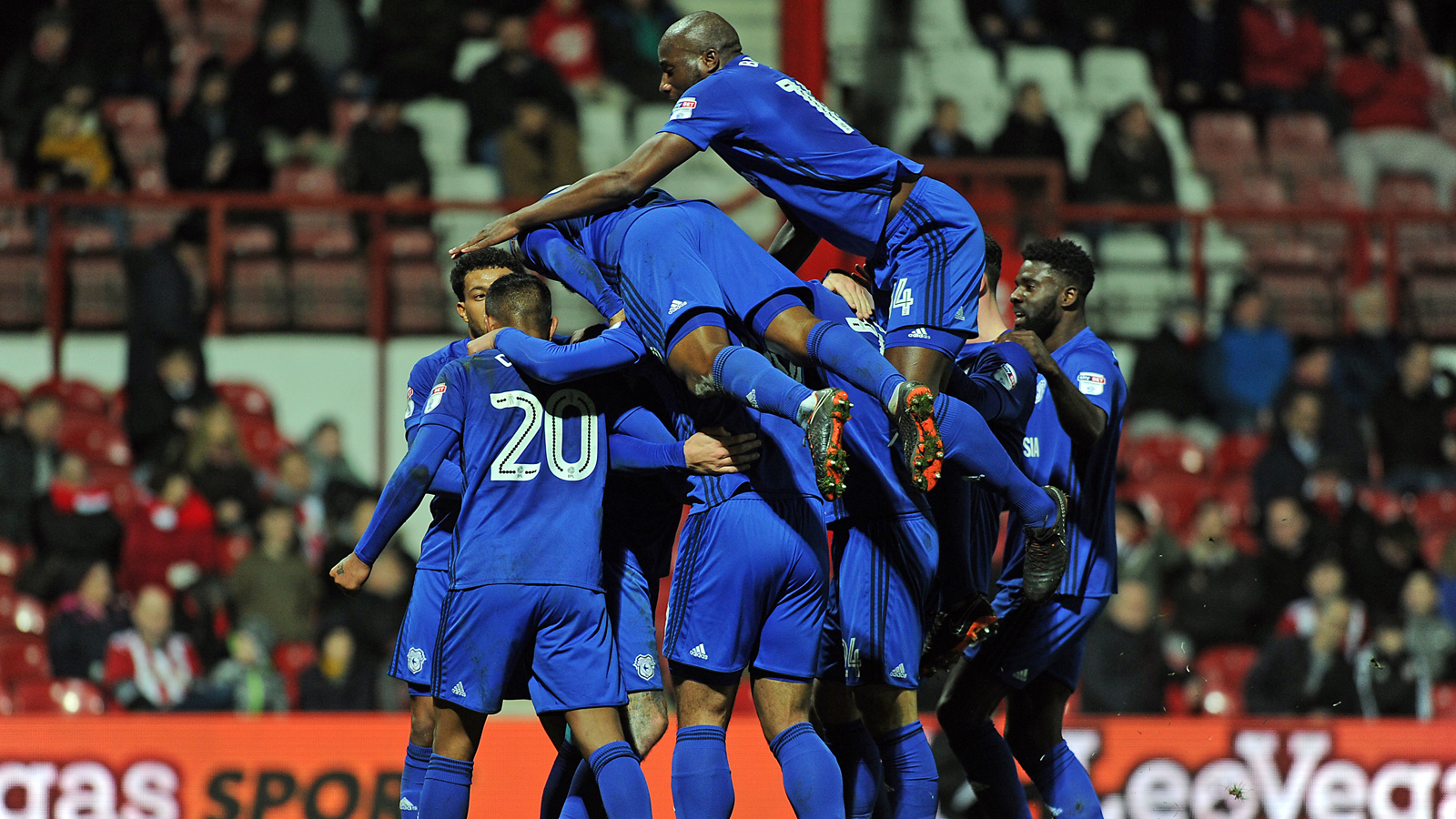 The Danish striker picked up his third goal in five matches as he extended City's lead over the Bees, hitting his target in the 58th minute of play.

With the result seemingly going against the Bluebirds early on, City persevered to come from behind and take the lead for themselves, and with it the all-important three points for their tally.

Though the individuals within the side had completely changed over the years, the determination of the team as a whole shone through, with two very different squads from two very different eras both showing the qualities that the City faithful associate with their Club.