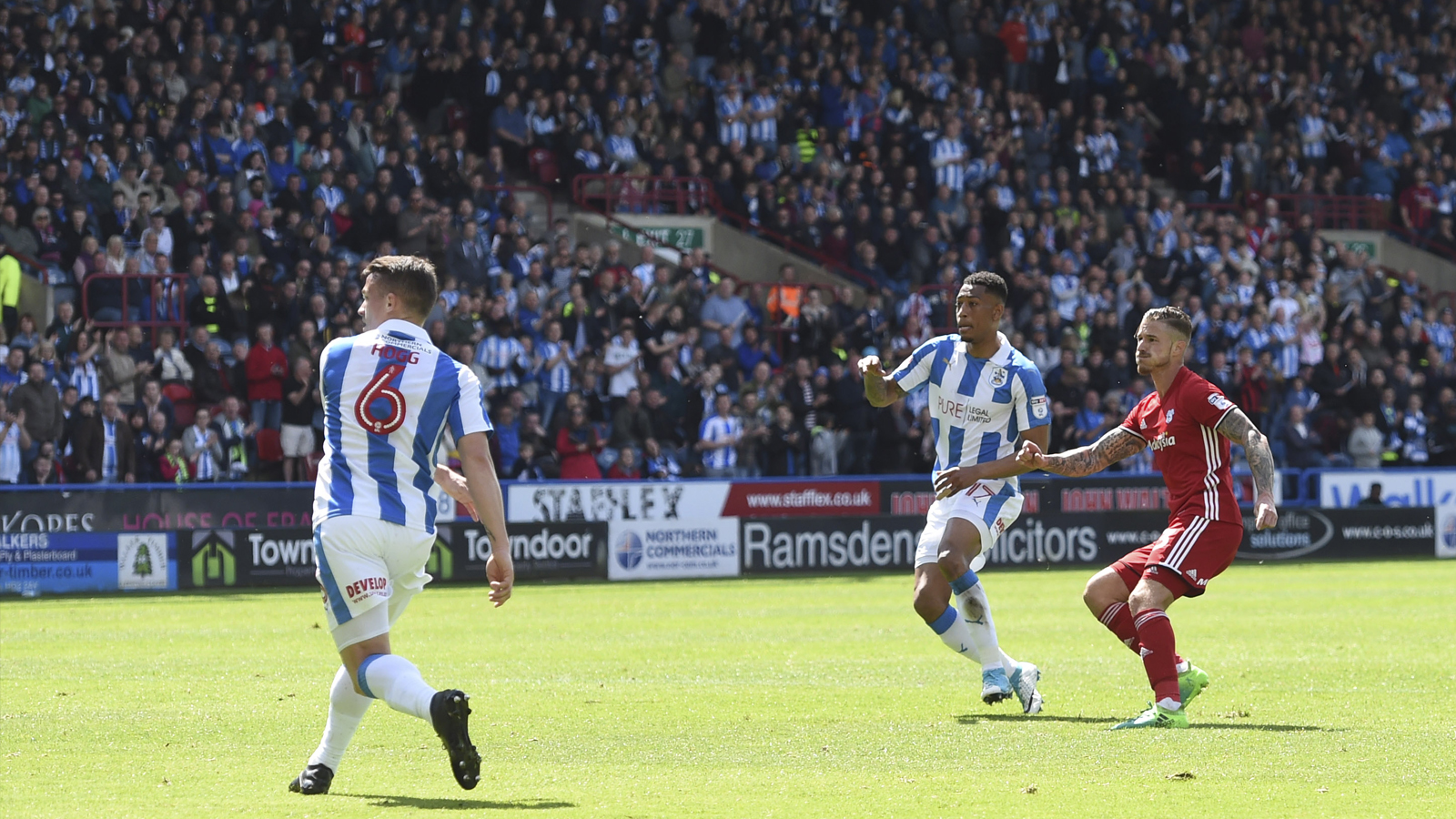 Looking back at some memorable trips to Kirklees Stadium ahead of Wednesday evening's fixture against the Terriers... 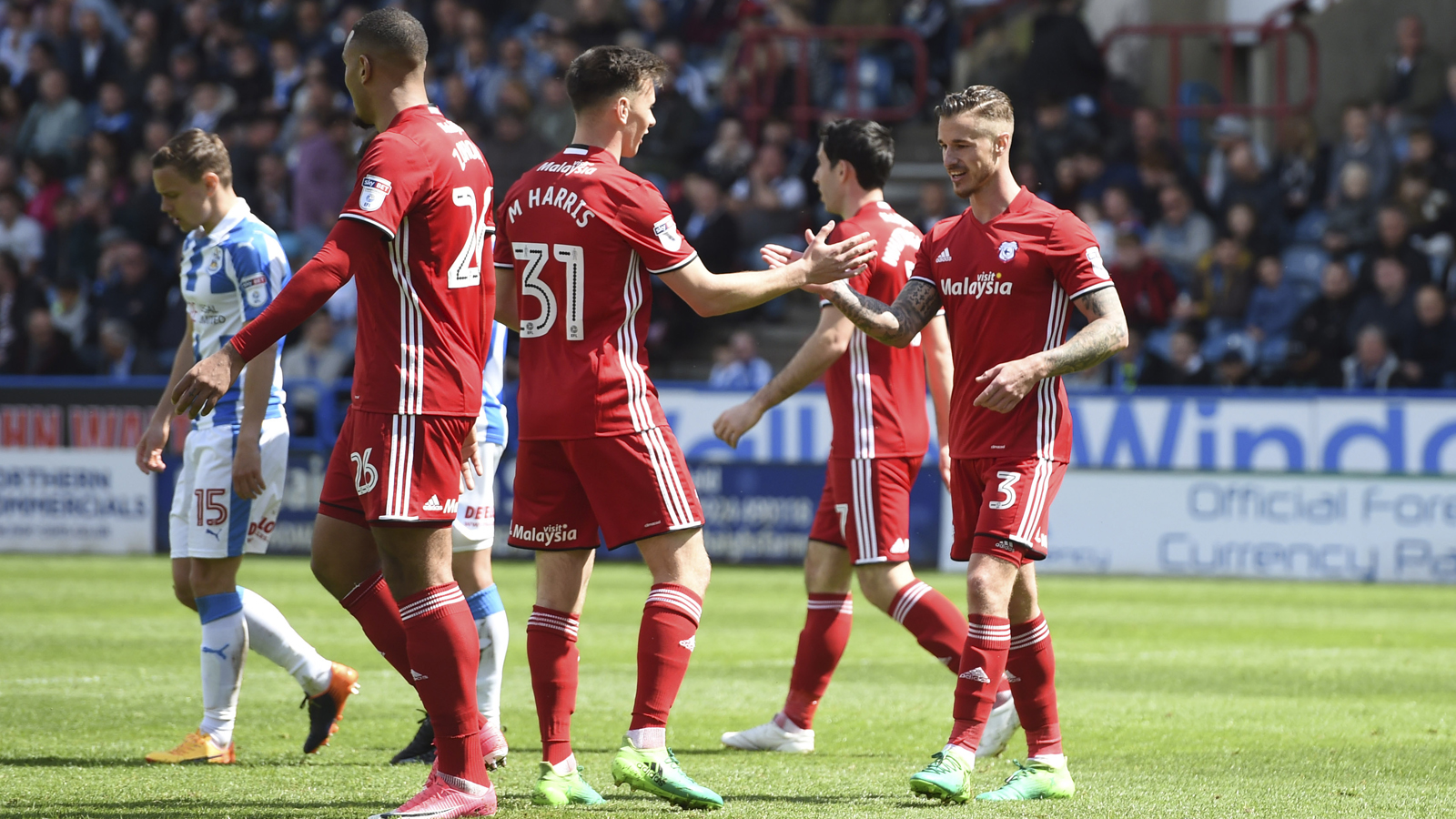 City climbed to finish in 12th place on the league table as the Bluebirds defeated the Terriers 3-0 on the final day of the 2016-17 Championship season.

With Huddersfield Town safely in the Play-Offs with 81 points gathered throughout their campaign, on May 7th 2017 the Bluebirds quickly set about defeating their opponent for the second time in the season, with a prior victory at CCS finishing 3-2.

Ken Zohore opened the scoring for the visitors in the seventh minute to take an early lead. The Danish forward was on the end of a lovely through ball delivered by Anthony Pilkington, and slotted home from the edge of the box past 'keeper Danny Ward.

The hosts were forced to play with ten men from the 20th minute onwards, following Ward's dismissal for handling outside of the area, which City were more than happy to capitalise upon.

Zohore turned from scorer to provider for City's second of the afternoon on the half-hour mark. Receiving Joe Ralls' pass on the left side of the box, the striker passed towards Joe Bennett.

The left-back, who had scored his first goal for the Club six weeks prior, struck well on is first touch, with the ball flying upwards and hitting the underside of the top netting.

Continue to play with the confidence that the man advantage afforded them, it was Bennett who scored once more for the visitors with 20 minutes of the match remaining, with Zohore again providing the assist. This time, the left-back struck from the six-yard box following another incisive pass from his teammate.

Joining in the celebrations afterwards was midfielder Peter Whittingham, who had been introduced not long before the third and final goal of the encounter. Having played in over 450 matches in all competitions for the Bluebirds across a 10-year period, his appearance against the Terriers would be his last for the Club.

The Bluebirds earned their second away victory in a row as they defeated the Terriers 3-2 at Kirklees Stadium on January 30th, 2016. Opening the scoring with less than ten minutes of the first half to go was Peter Whittingham, who struck home having been set up inside the area by Anthony Pilkington.

City didn't hold onto their lead for long, however, as the hosts struck back through Nahki Wells, who hit a shot low and right towards goal from the edge of the area to equalise.

Level at the break, it was loanee Lex Immers who retook the lead for the Bluebirds. Having made his first start for the Club, the Dutchman shot from inside the area following some terrific passing in the buildup between both Fábio and Sammy Ameobi as they worked their way up the pitch at pace.

Doubling the lead with little over ten minutes remaining, Whittingham delivered a truly memorable goal for the visitors. Given a free-kick on the edge of the area, Whitts struck directly at goal with his left foot, leaving the visiting supporters cheering loudly as the ball flew into the back of the net with postage mark precision.

Despite a 92nd minute response from the Terriers through Harry Bunn's effort, the late goal proved a consolation for the hosts as City held on to their well-earned lead at Kirklees Stadium.