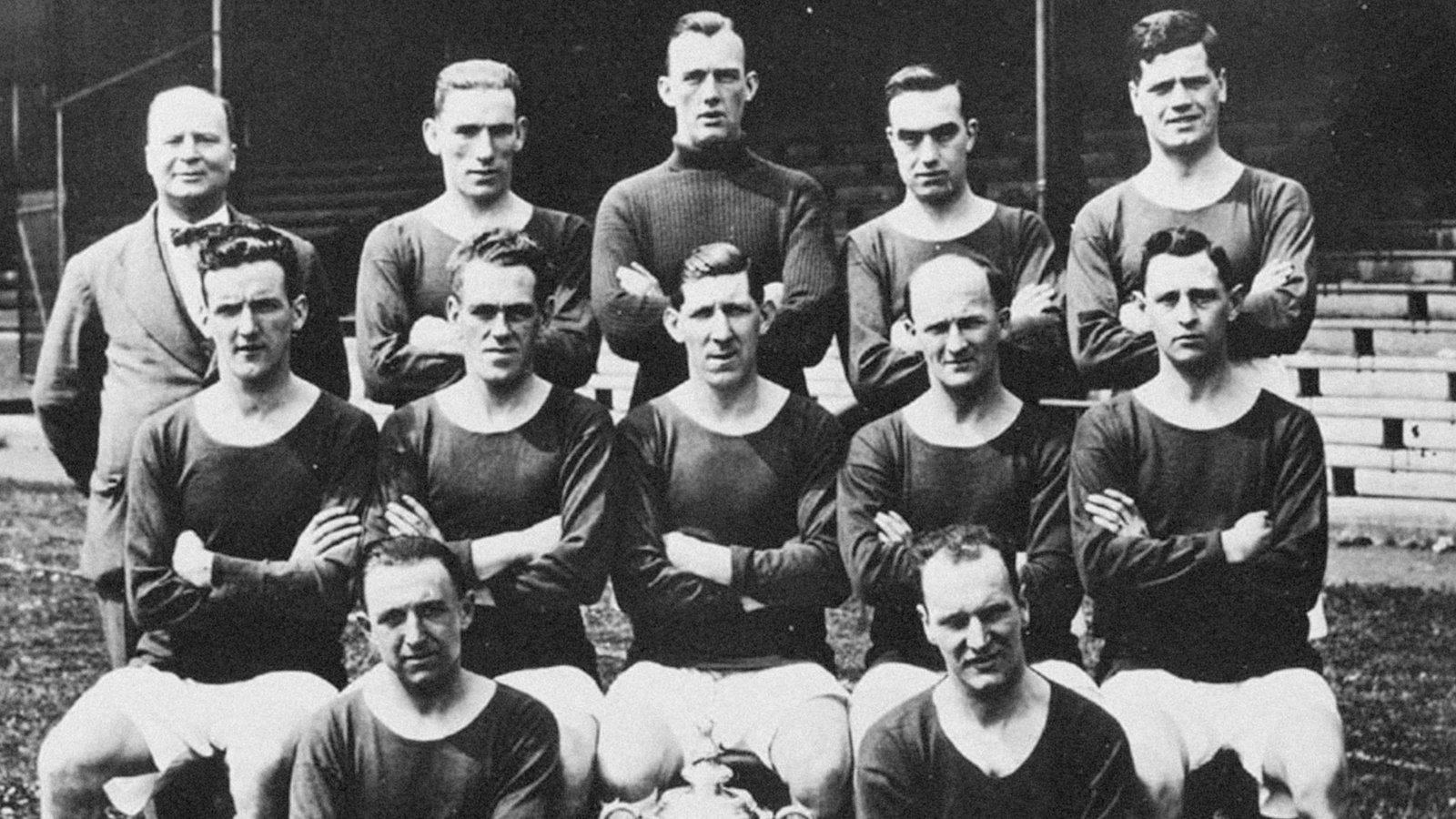 Ahead of City’s Emirates FA Cup Fourth Round replay against Reading, we take a look at two notable cup meetings between the two sides.

The Reading side that lined up against Cardiff City in the FA Cup Semi-Final - March 26th, 1927.

Cardiff City’s first ever FA Cup meeting against Reading was a historic fixture for both sides as they faced each other in the competition’s Semi-Final in March 1927.

The Bluebirds had reached the same stage of the competition only twice before in their history, losing once against Wolverhampton Wanderers in 1921 and winning the other against Blackburn Rovers in 1925 (later losing the Final against Sheffield United).

The Royals, meanwhile, were set to compete in the Semi-Final for the first time in their history, having defeated Weymouth, Southend United, Manchester United, Portsmouth, Brentford and Swansea City (then Town).

Playing against each other at the neutral ground of Molineux Stadium, the recently-promoted Division Two side set out to defeat the Bluebirds, who played in the top flight.

However, with almost 40,000 spectators filling Wolves’ ground, it was Fred Stewart’s men, led by legendary captain Fred Keenor, who would come out on top. Hughie Ferguson – who would go on to score a record 31 goals for the Club that season – put two away against the Royals, while midfielder Harry Wake scored another, which the Royals left unanswered.

Though the Royals have been defeated both times that they have reached the Semi-Final of the FA Cup, it’s worth noting that they were also defeated on both occasions by the competition’s eventual winners; City would go on to defeat Arsenal on April 23rd 1927 (Ferguson scoring the winner), and nearly 90 years later Arsenal defeated Aston Villa 4-0 in the 2015 Final.

Jason Bowen played for Reading between 1997-99 before joining Cardiff City.

Following an FA Cup campaign that saw the Bluebirds defeat Slough Town, Hendon and Oldham Athletic, City were knocked out of the competition in the replay of a Fourth Round tie against the Royals on penalties.

Drawn to play Reading at Ninian Park on January 24th 1998, the Bluebirds were the only Division Three side left in the competition. Despite going up against a side who were a division above themselves, City took the lead early in the second half as Kevin Nugent headed home from a long throw-in by Anthony Carss.

Having conceded from a set-piece, the visitors managed to score from one late on in the match to equalise.

Jason Bowen – who would later go on to play for the Bluebirds in the following year – crossed well with a corner-kick into City’s area for Trevor Morley to head on towards Carl Asaba, who himself headed in past left back Chris Beech, who was on the goal line.

Following a delayed kick-off, the match was underway in the following week for the replay of the fixture at Elm Park, in what would become the final FA Cup match played at the Royals’ historic home ground.

City once again took the lead against Reading, this time through Carl Dale, who found himself on the receiving end of Kevin Nugent’s flicked pass, before beating ‘keeper Nicky Hammond and tapping home into the back of the net.

Mark Harris – who had come close to scoring earlier in the encounter – once again saw his shot tipped away by Hammond, before the hosts equalised in the 57th minute. Trevor Morley scored his second of the FA Cup campaign with a header from a crossed free-kick.

Entering extra-time, it was City who had the best of the chances presented, as both Dale and Wayne O’Sullivan saw their efforts denied by Hammond, the score going unchanged by the end of 30 additional minute played.

The resulting penalty-shootout saw the Bluebirds get agonisingly close to defeating their opponents, but for the efforts of Reading’s ‘keeper. Hammond, who had joined the Royals in 1996 from Plymouth Argyle, saved two of the initial five shots on goal, with both sides entering sudden-death at three goals apiece. With Martyn Booty scoring for the hosts, Hammond saved Craig Middleton’s shot, securing the club’s first trip to the FA Cup Fifth Round since 1935.

Coincidentally, Reading’s opponents in the following round was none other than Sheffield United, who are now set to face either City or Reading following Tuesday’s match at CCS…