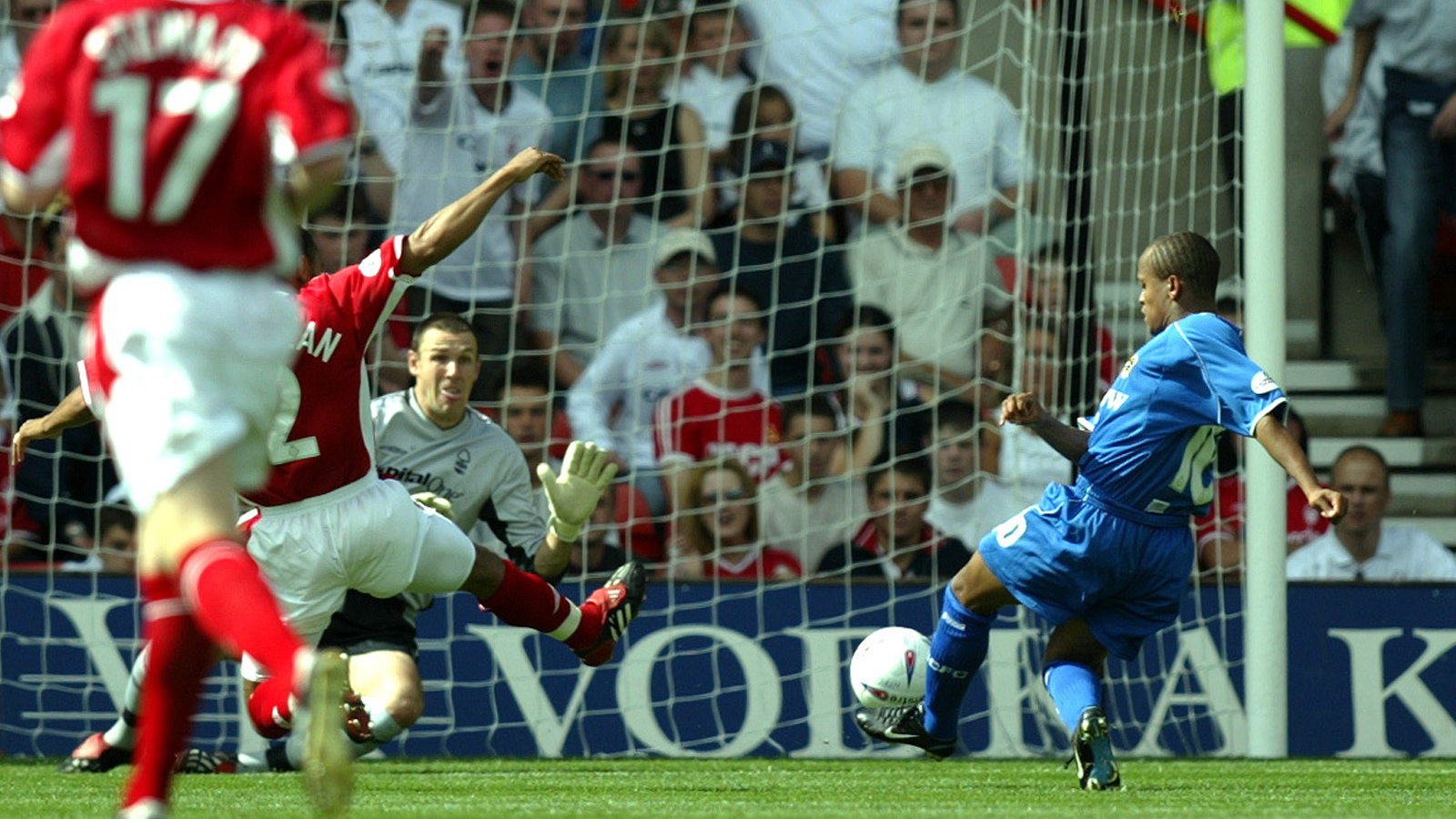 While the Bluebirds renew acquaintances with Nottingham Forest this weekend, we take a look back at a memorable City Ground clash on 23rd August 2003 – the first meeting between the sides in 26 years.

Indeed, their previous encounter was back in 1977, as Peter Sayer's effort saw City win in Nottingham, just two weeks before Forest's promotion to the top flight under legendary manager Brian Clough.

Having missed out on promotion to the Premier League at the end of the 2002/03 campaign, Forest prepared to host the Bluebirds, who themselves were new arrivals in the second tier, courtesy of their Play-Off Final victory over QPR in the Welsh capital.

With Forest boasting an eight-month unbeaten home run, City looked clear underdogs as they arrived on a sunny Saturday afternoon in Nottingham...

But of little surprise to the City faithful, it was Robert Earnshaw who scored first for the Bluebirds.

Having broken Club records to net 35 goals the season before, Earnie already had a League Cup hat-trick to his name this time out, before he opened his Division One tally with less than two minutes played at the City Ground.

Darting inside from the right, the 22-year-old's blistering pace left defender Michael Dawson scrambling, before he found a way past fellow Wales international Darren Ward in the Forest goal.

Just five minutes later, the visitors had made it two, courtesy of another Bluebirds stalwart.

As Earnshaw again raced past his marker, he was brought down outside the box, setting the scene for a textbook Graham Kavanagh free-kick.

The skipper did what he did best, curling the ball perfectly over the wall and into the top corner to double the Bluebirds' advantage.

City continued to threaten, with both Earnie and Willie Boland going close before the break, but Forest came back out for the second half with renewed energy.

Indeed, the Bluebirds needed Neil Alexander to keep them at bay, before Marlon Harewood pulled one back with 20 minutes to play.

The plucky visitors held on though, to secure their first victory of the campaign against the odds.

Finding their feet within the division, the Bluebirds followed up on their victory by going three further matches unbeaten, including a 4-1 victory over Derby County at Ninian Park just two days later.

City went on to battle to a comfortable mid-table finish in their first season in the second tier, finishing 13th in the league table, one place and five points above Forest.

Earning his plaudits on the day with his first league goal at that level was Robert Earnshaw. The striker had broken a Club record with 31 league goals scored in City's 2002/03 promotion season, with four additional goals scored in other competitions.

That League Cup hat-trick against Leyton Orient 11 days prior was a taste of what was to come that season for the young forward, who would go on to prove his abilities in the higher tier.

Completing his final full season with the Club, the striker amassed 21 goals from the campaign, including four in one match against Gillingham at Ninian Park.

Leaving for West Bromwich Albion the following season, Earnshaw would eventually sign for Nottingham Forest in 2008, becoming their top goalscorer for two consecutive seasons whilst playing at the City Ground.

Returning to South Wales in 2011, the striker took his tally for his boyhood club up to 109 goals – behind only Peter King and Len Davies in the Bluebirds' scoring charts.

Meanwhile, the impact Graham Kavanagh had on the side he captained in South Wales was clear for all to see.

Joining in time for the 2001/02 season in the Second Division, Kavanagh was a vital part of the squad as Cardiff City enjoyed its ascendancy to the second tier in the early noughties.

Nearly ever-present in the 2002/03 league campaign, the midfielder's commanding presence led the team to several historic victories on the pitch, including the Play-Off Final against Queens Park Rangers in front of over 66,000 at the Millennium Stadium.

Securing his place in the annals of City history, Kavanagh led the Bluebirds at Ninian Park until 2005, having made over 150 appearances in the shirt.