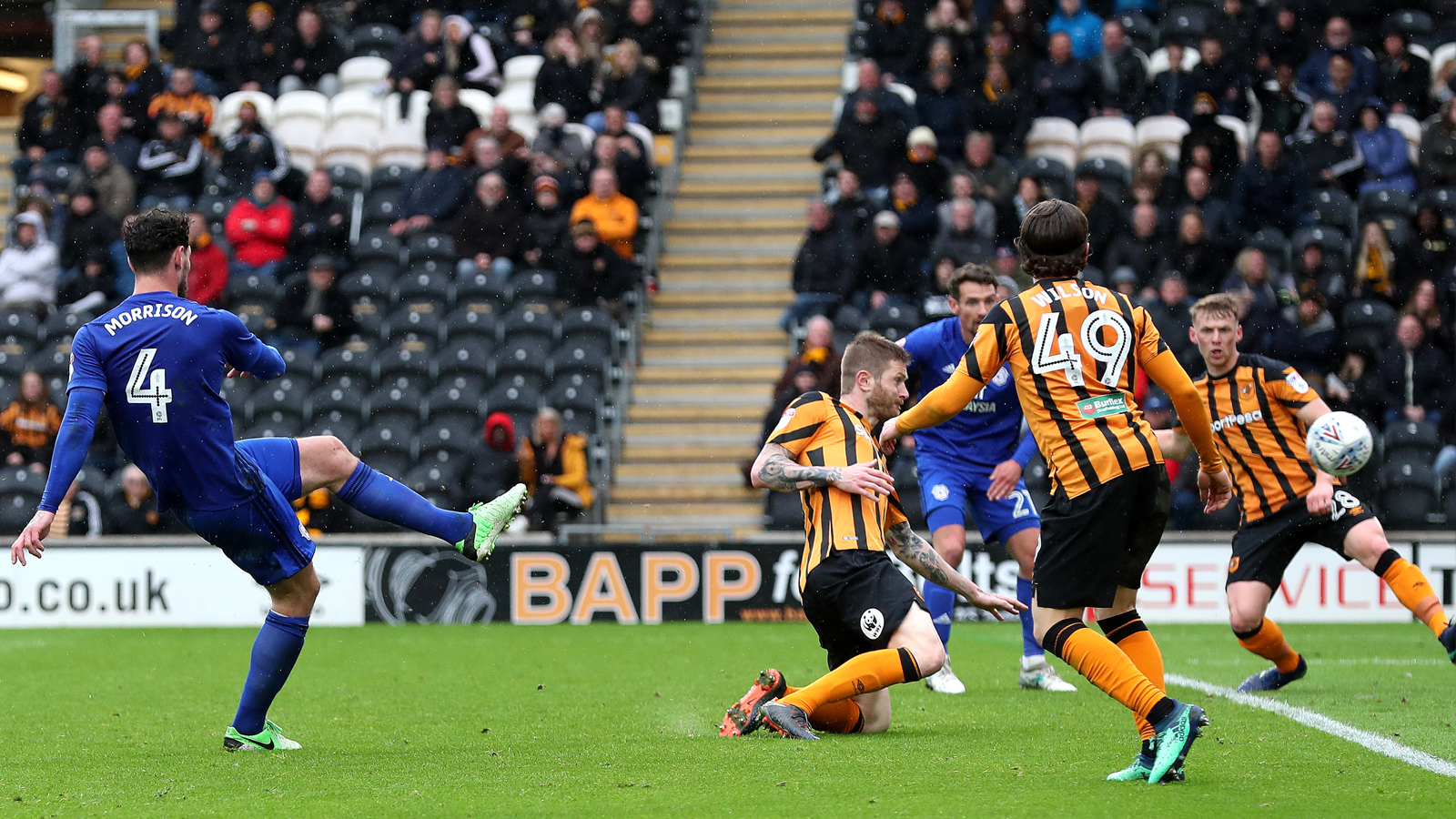 It was an away trip that the City faithful will surely remember for years to come; on an overcast April afternoon in East Yorkshire, the Bluebirds soared high. 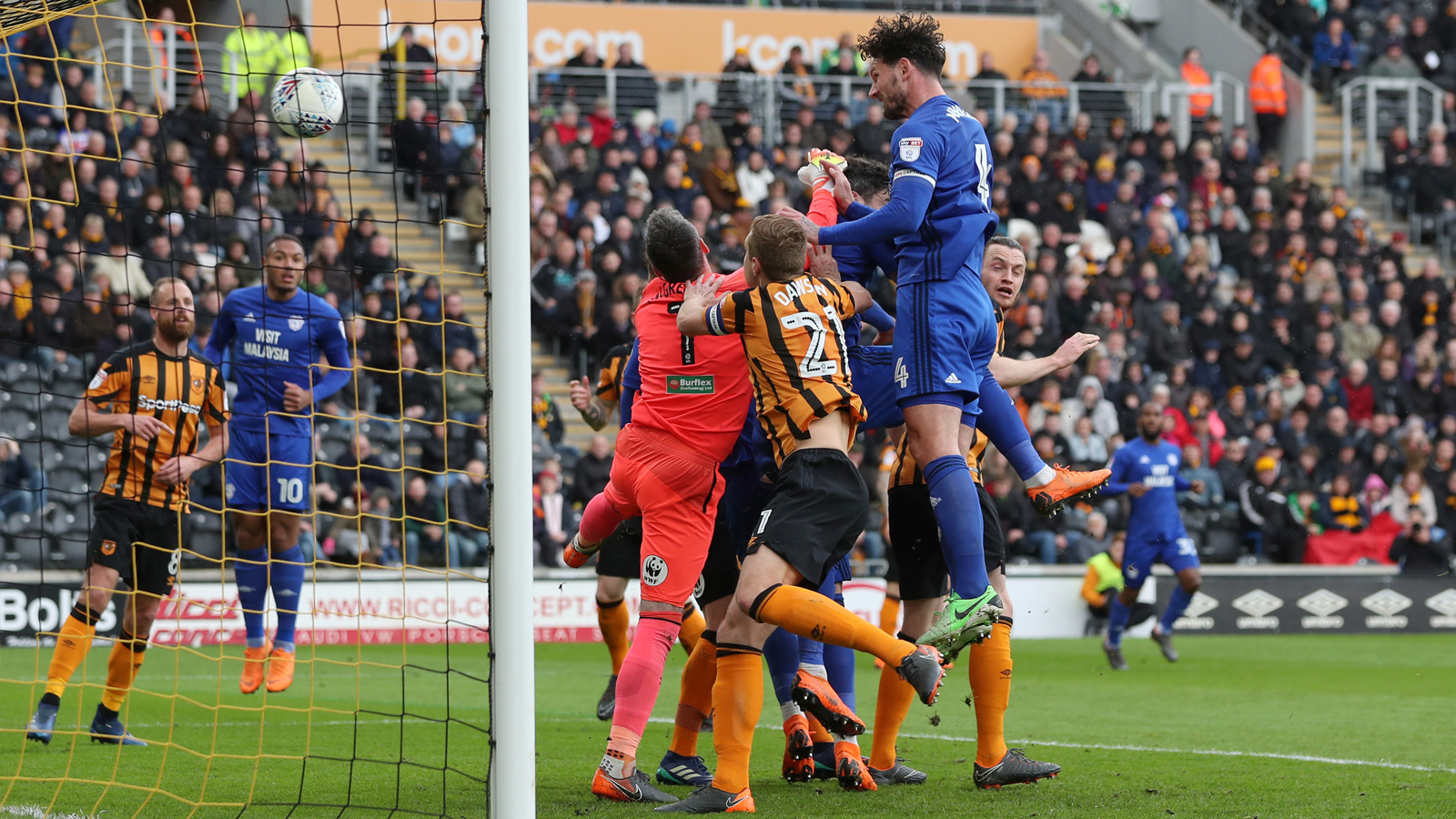 Cardiff City arrived at the KCOM Stadium on April 28th, 2018 in third place in the 2017/18 Sky Bet Championship league table, with two matches to go before the end of the season.

The Bluebirds had been in the automatic promotion spots throughout much of the season, but the night before City’s match against 18th placed Hull City, Fulham had overtaken the Club by defeating recently relegated Sunderland. When City went to Yorkshire, Fulham had 88 points, with the Bluebirds only two points behind, with this game in hand.

In a situation where a victory would restore City’s advantage, the Bluebirds needed to show their resolve and come away from the KCOM Stadium with three points for the first time since 2011.

With the pressure on, it was skipper Sean Morrison who led by example... 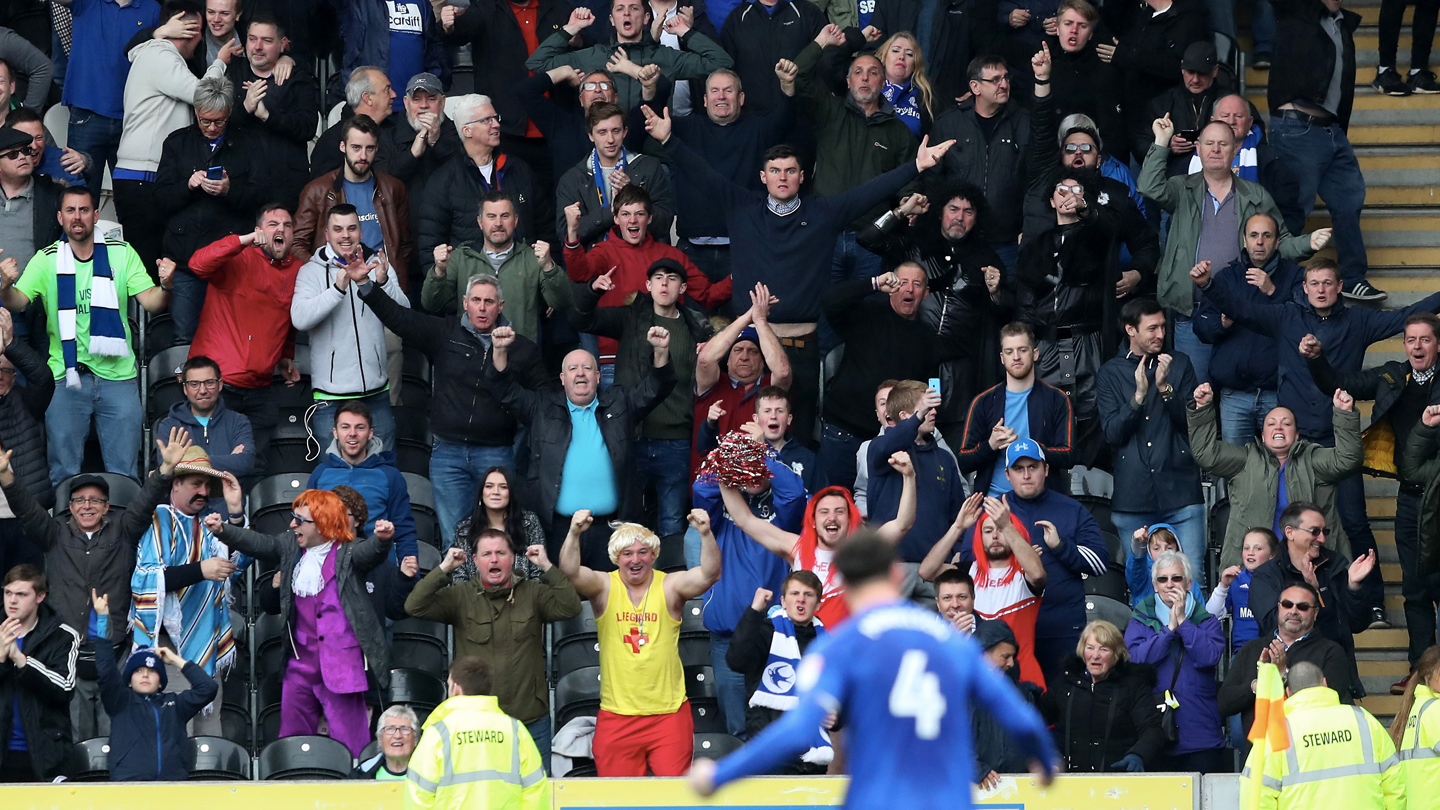 Cardiff City were tested early on as Aron Gunnarsson was forced off the pitch due to a knee injury, and the Icelandic international left the field of play with only ten minutes gone.

However, following a tentative start to the match with few chances for either side, City’s captain Morrison rose highest to score the opener for the visitors just past the half hour mark, heading Joe Ralls’ corner kick into the back of Hull’s net. 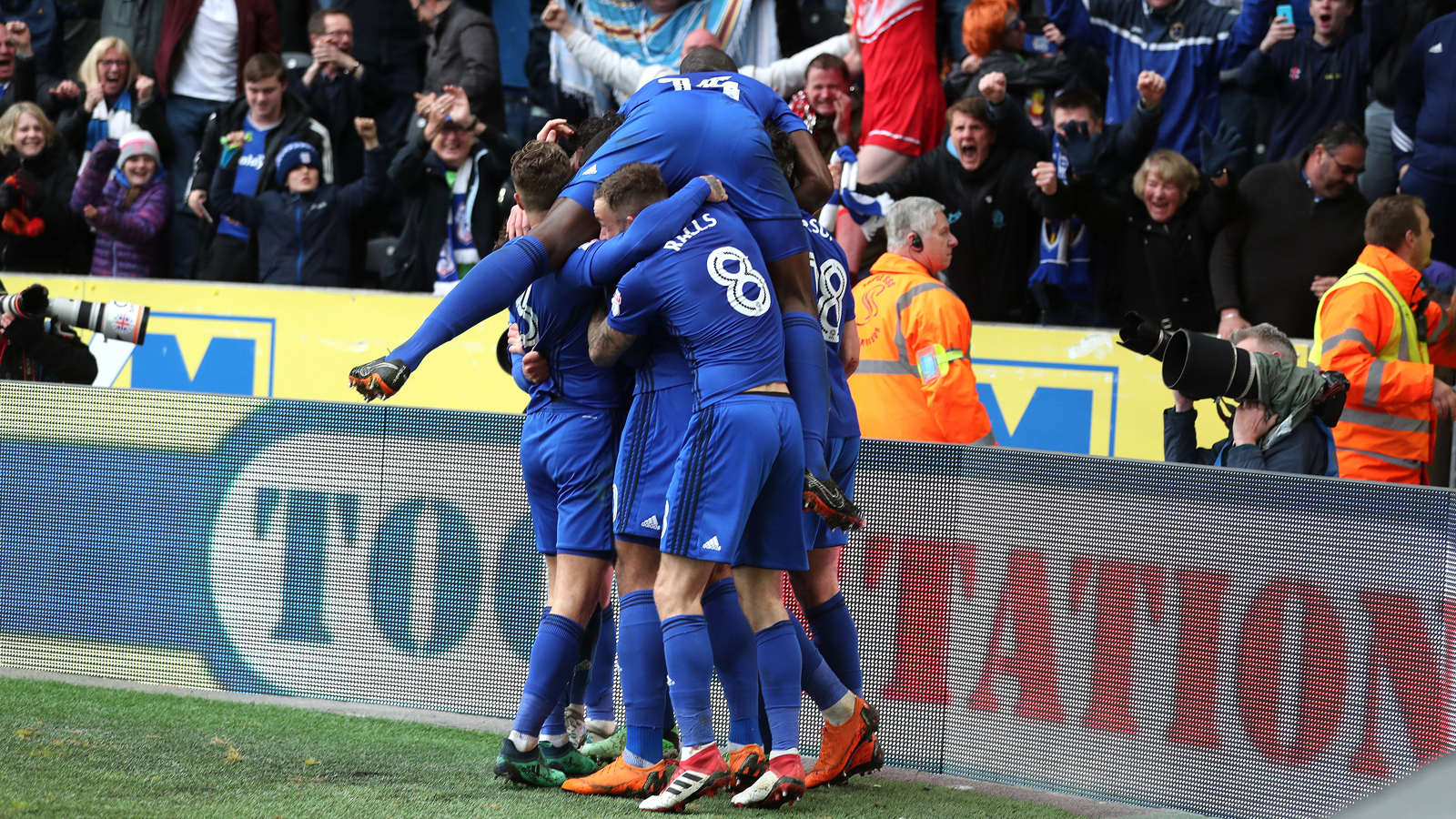 The second half brought further chances for City, who played with an intensity that showed their desire for Premier League promotion that laid upon the horizon.

Following a blistering counter attacking run by Nathaniel Mendez-Laing, the Bluebirds added a crucial second goal with ten minutes of the match remaining.

The former Rochdale winger broke from his own half at real pace - and needed support. He got it in the most surprising form. Skipper Morrison had sprinted the length of the pitch, and after being found in the box, he took the ball towards goal confidently.

Cutting back after drawing his man, the captain took a shot from a tight angle on his weaker left foot. The ball sailed gracefully past the outstretched arms of McGregor and over the goal line, sending the away crowd into raptures. 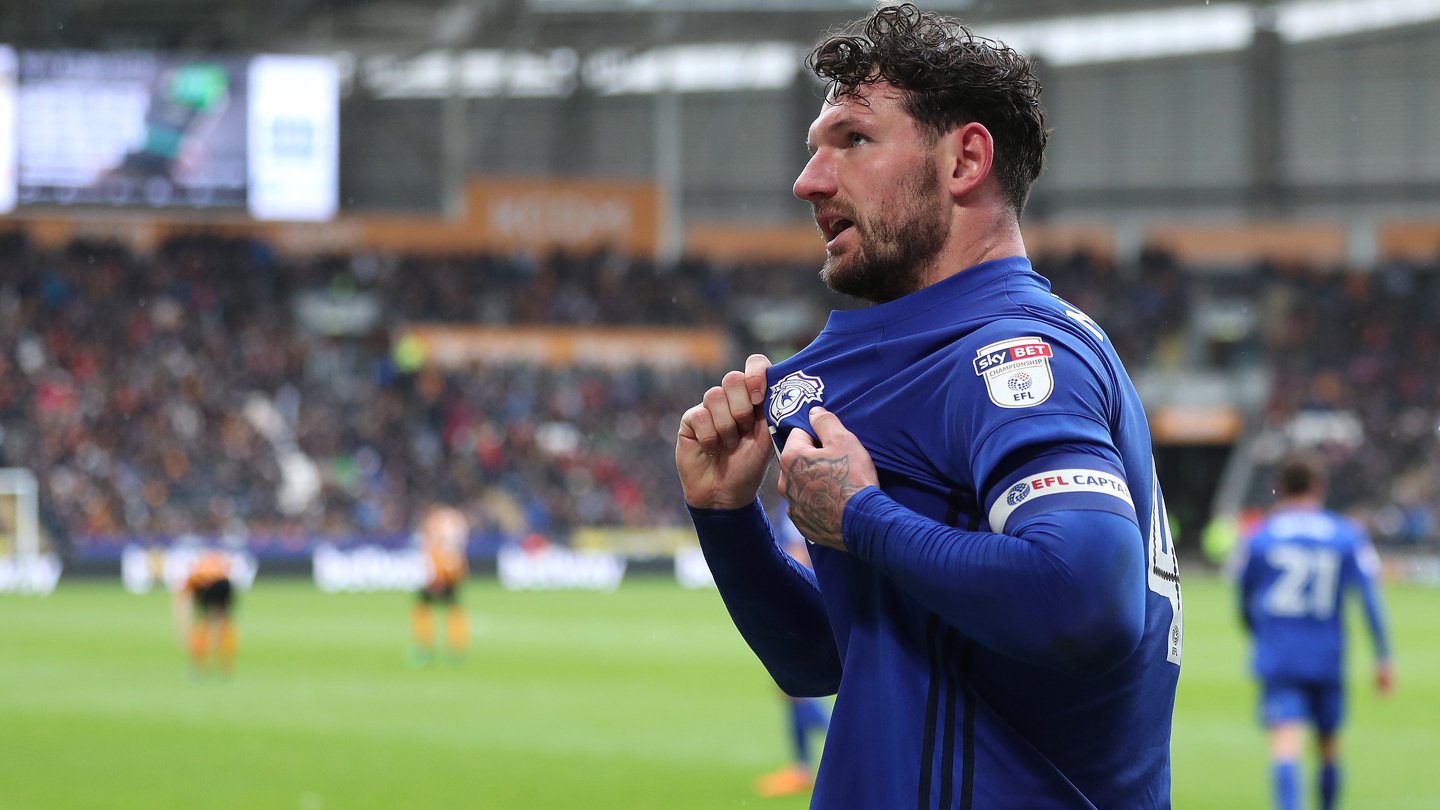 Morrison strode emphatically towards the away end to join in the revelry, holding the Club crest on his shirt up for the supporters to see as they celebrated wildly.

“He sets off from his own six-yard box and goes and goes and goes," Neil Warnock reflected after the match. “I was asking myself what he was doing with us 1-0 up [and defending a lead], but he obviously saw that it was on. Incredible.”

“I think I blacked out really having been that high up the field," Sean joked. "Ninety-nine-per-cent of the goals I’ve scored in my career have been headers!

"I thought there was a bit of space there after a corner, so I thought I’d get down there to see what'd happen. Mendez picked me out and then I chopped inside and curled it past the ‘keeper.

“It was nice to score, but if I hadn’t scored and we’d won then I wouldn’t have minded one bit.” 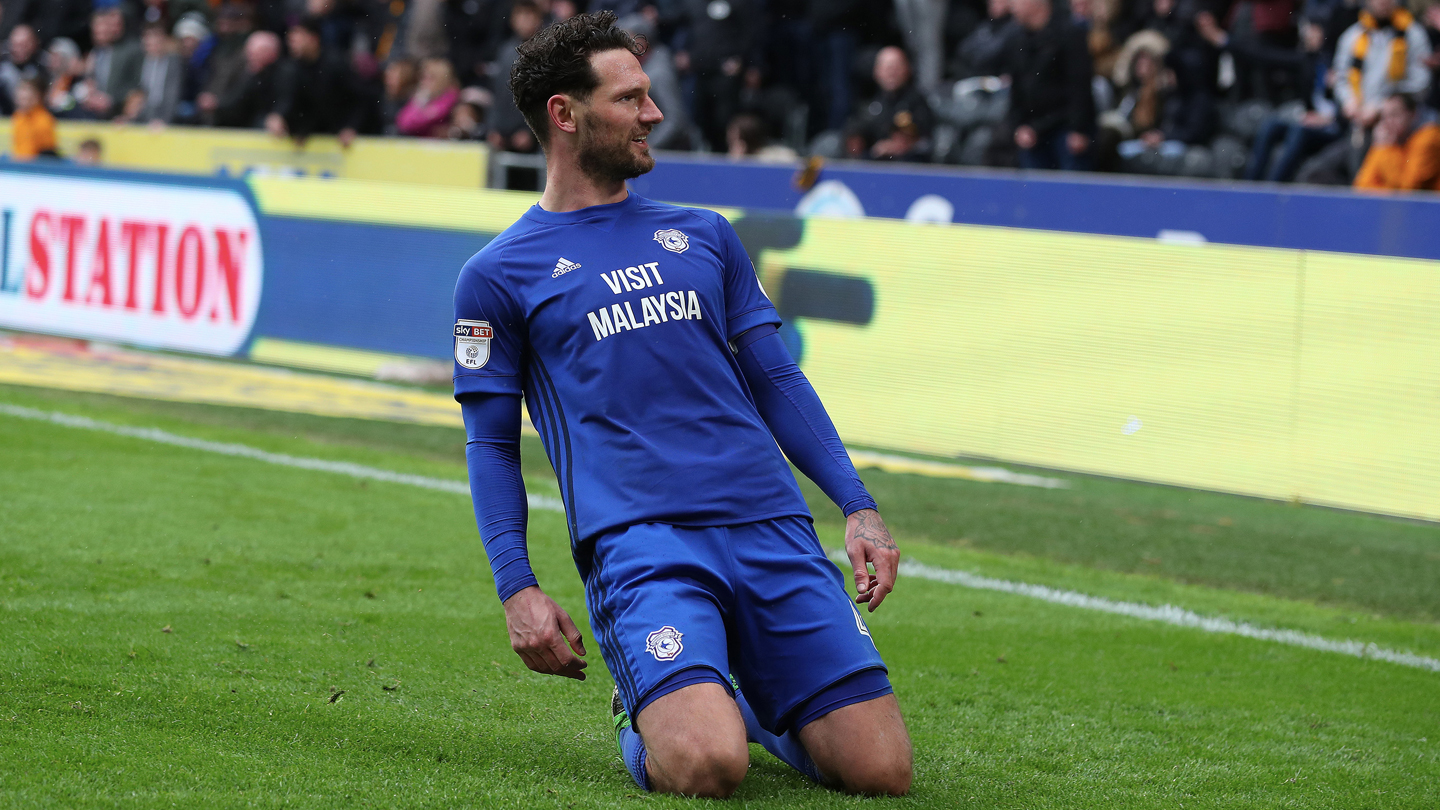 With these three points, City had risen to the occasion and were once again leaders in the race for the last automatic promotion spot.

The result proved crucial the following week. The Bluebirds confirmed their promotion to the Premier League following a goalless draw against Reading, with challengers Fulham losing against Birmingham City. The final away day of any season is a memorable trip for supporters. This game especially.

Here's to you, Sean Morrison... 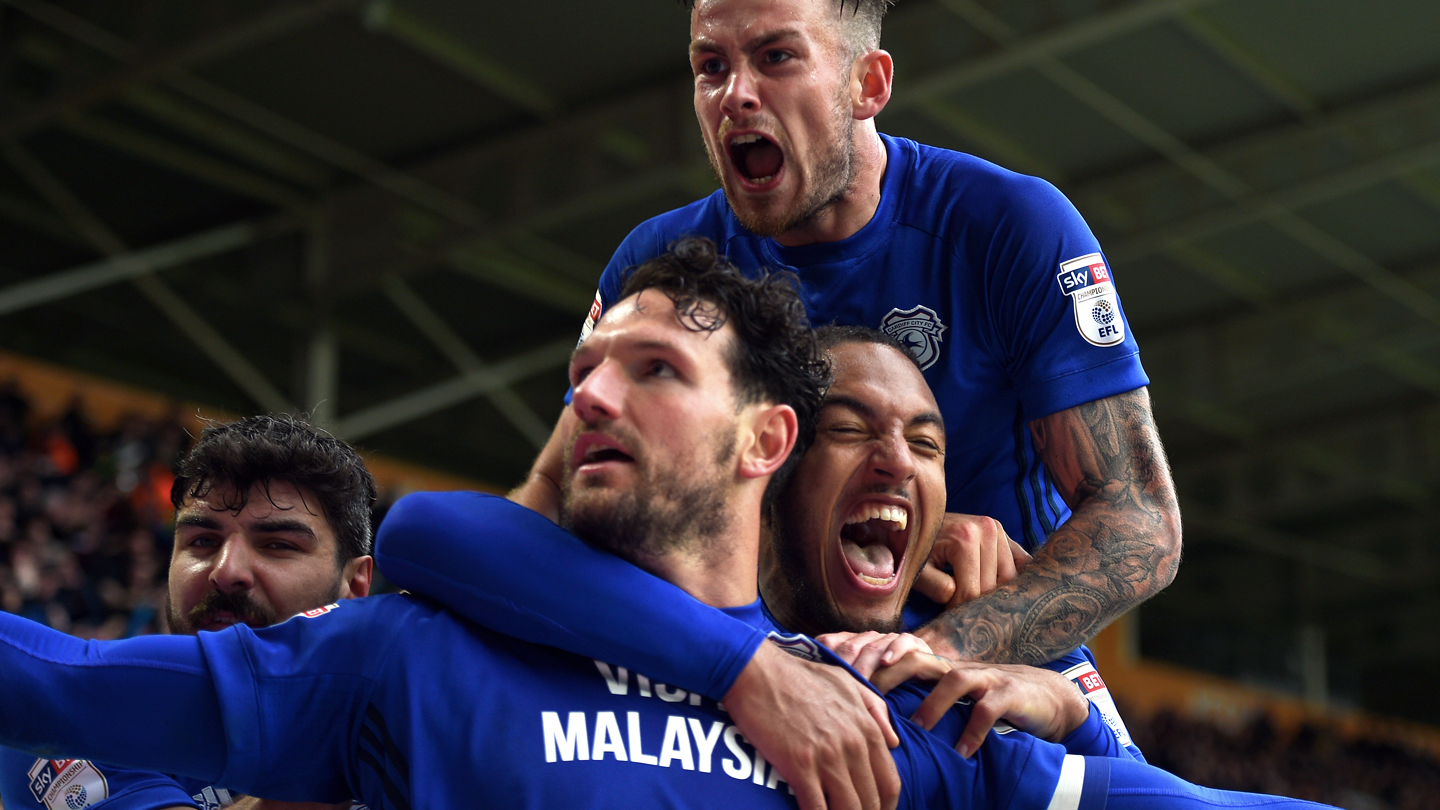