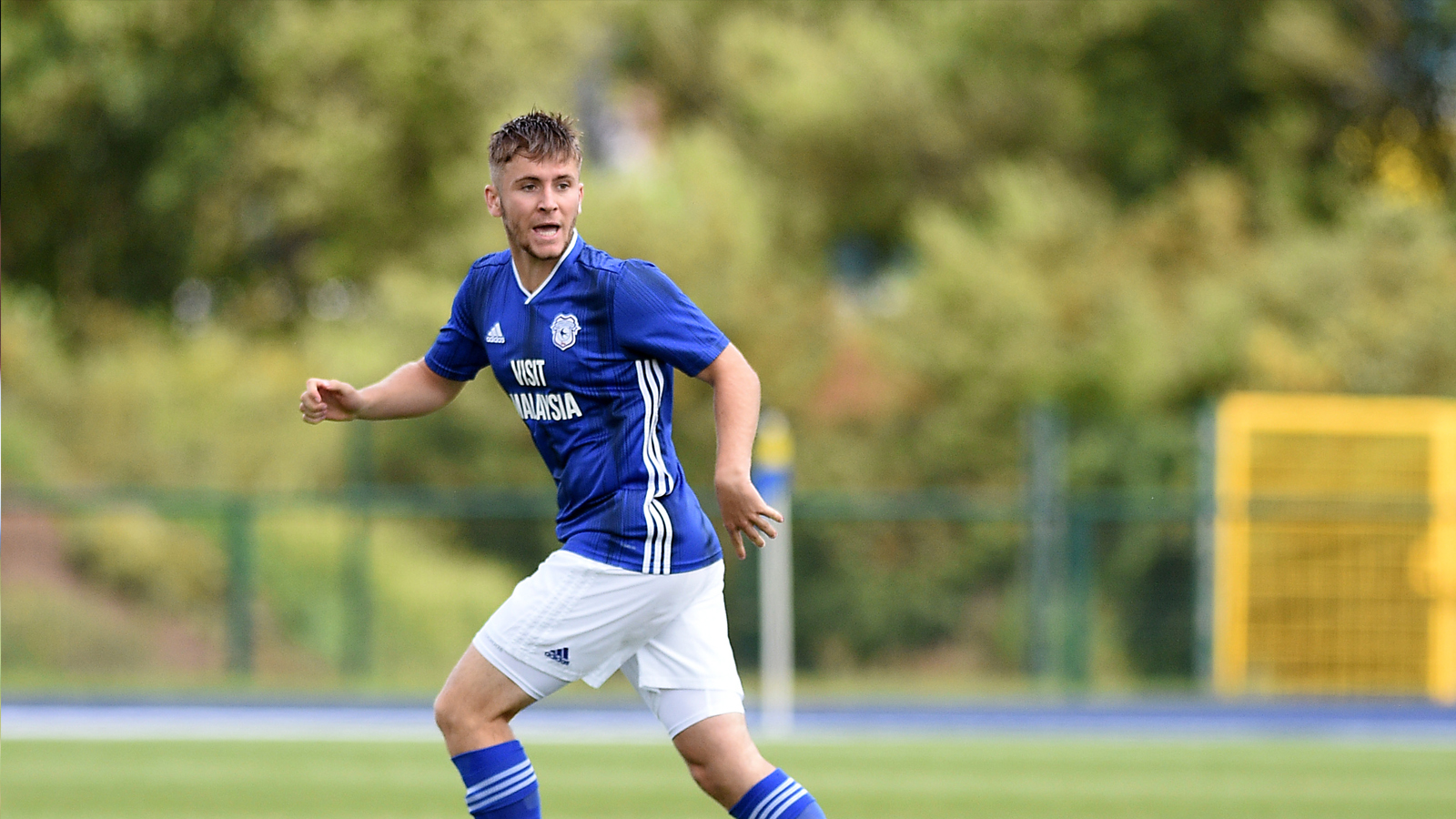 Following Monday's season-long departures of Sion Spence to Barry Town United and Ryan Reynolds to Penybont on Monday, keep up with the progress of all of the Bluebirds' Academy players out on loan in our report... 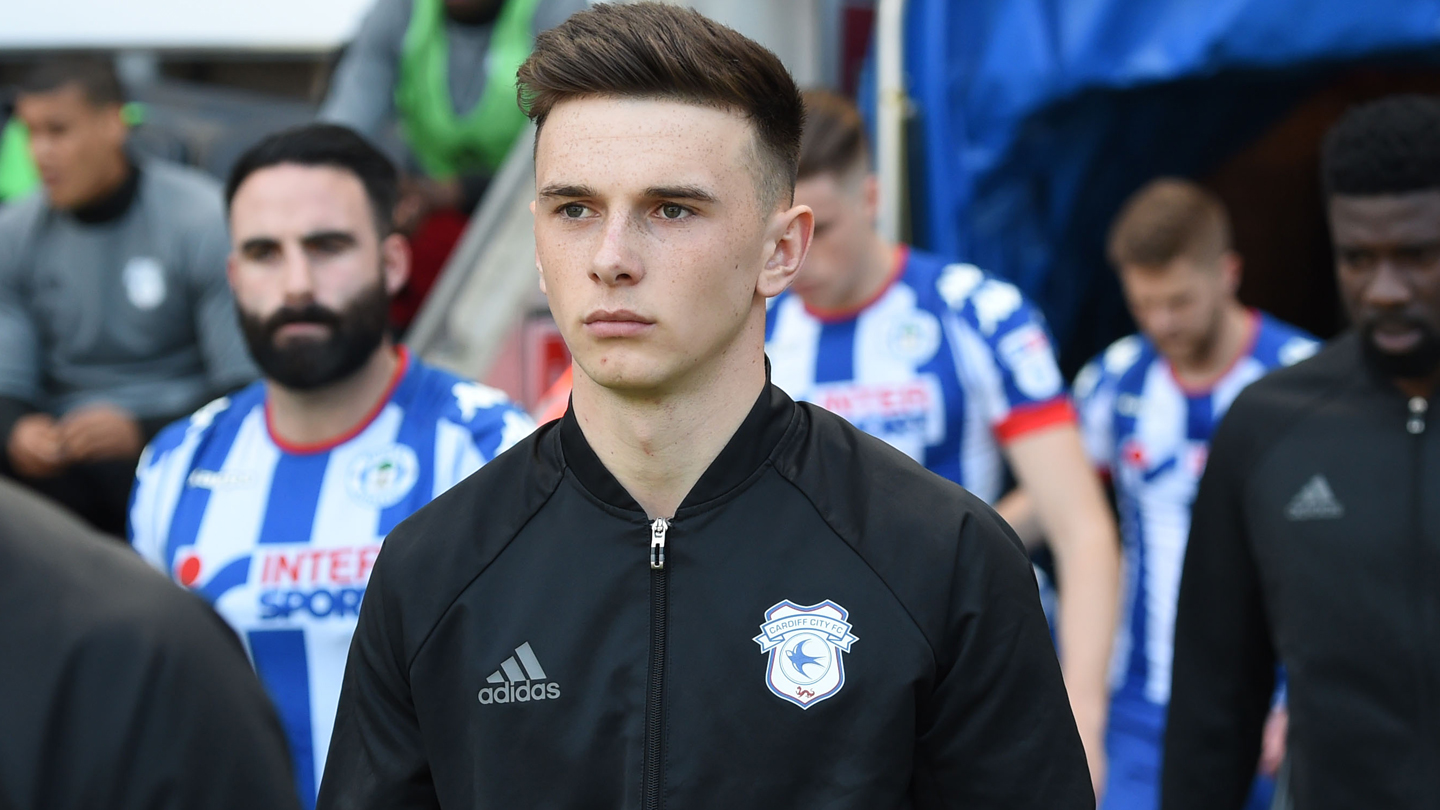 20-year-old Mark Harris joined Wrexham on loan until the end of the 2019/20 campaign, on Monday, June 24th and made his debut in their first friendly away to Cefn Druids five days later, which ended in a 4-0 victory as he struck the post.

The forward competed in the rest of their pre-season matches - starting in four of the remaining six - which included a home fixture against Championship team Stoke City.

From their eight National League fixtures to date, Mark has started in seven and appeared as a substitute in the other - scoring a goal in three consecutive games - against Boreham Wood, Dover Athletic and FC Halifax Town, respectively.

He has been called up to the Wales U21 squad for their UEFA U21 Championship Qualifiers against Belgium U21 on Friday, September 6th and Germany U21 on Tuesday, September 10th – both at the Racecourse Ground, Wrexham. 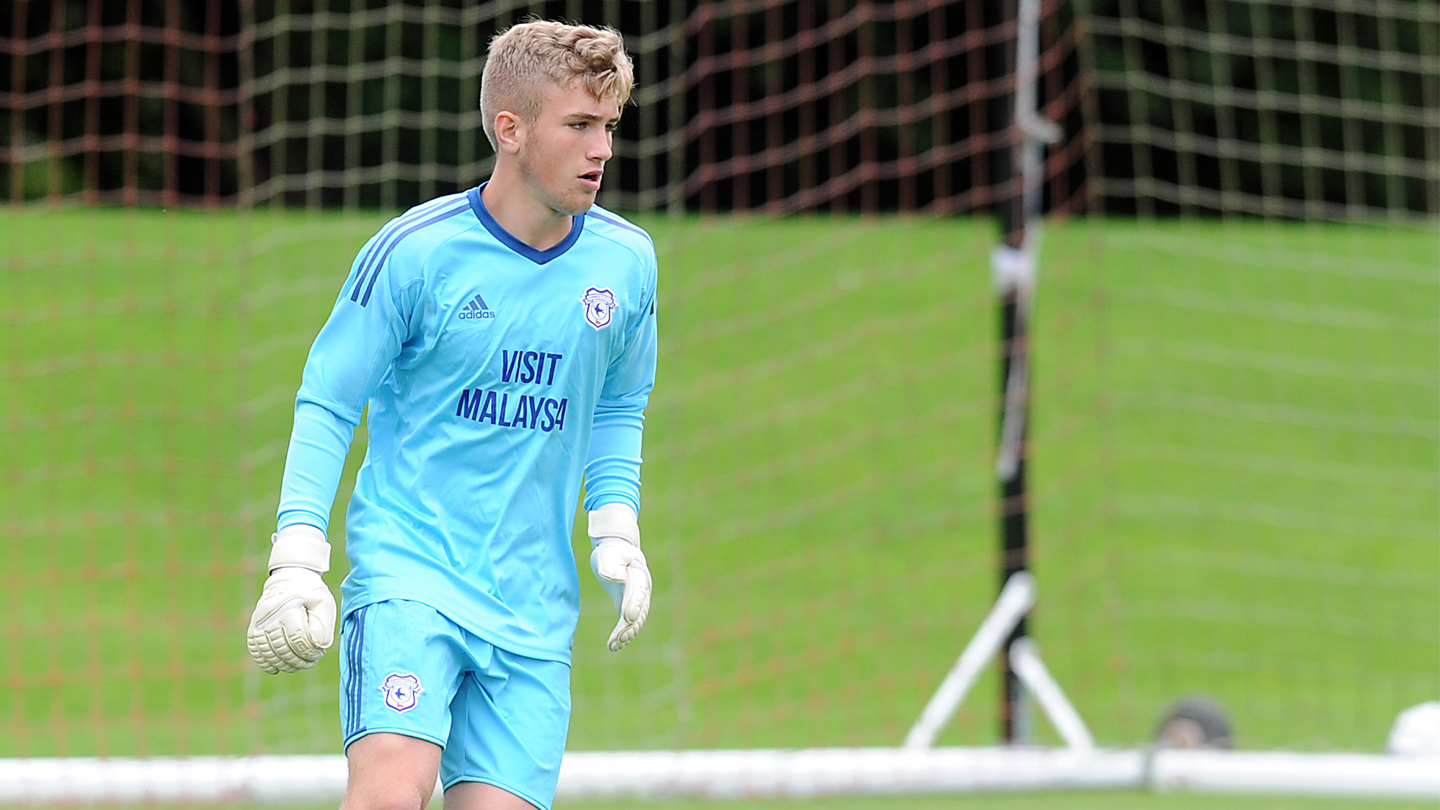 The 18-year-old goalkeeper was named on the bench for both legs of the Europa League Preliminary Round against Cliftonville and made his debut on Saturday, August 10th in Nathaniel MG Cup Round Two away to Haverfordwest County, who won on penalties following a 1-1 draw.

George has played in all four Cymru Premier matches since, keeping one clean sheet from the three wins and one draw – helping the Linnets top the table.

He also joins Paul Bodin’s Wales U21 team for their upcoming UEFA U21 Championship Qualifiers. 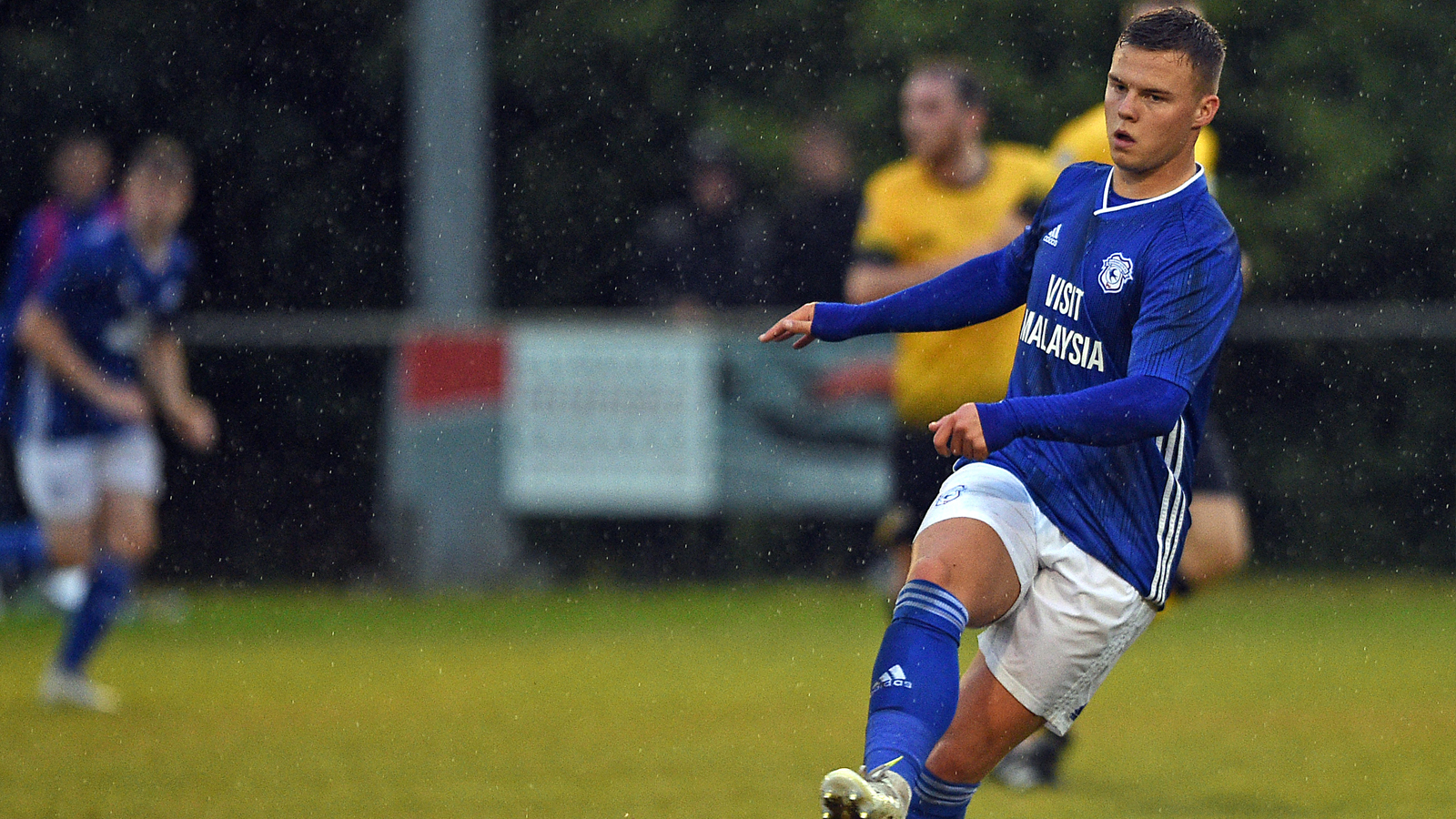 On Thursday, August 15th, it was announced that forward Daniel Griffiths would sign for Penybont on a season-long loan.

One day later, the 18-year-old started against Barry Town United in the Cymru Premier opener and came close to scoring by heading off the crossbar after 34 minutes. He started again on Friday, August 23rd against Cardiff Metropolitan University and then came on as a substitute away at Newtown three days later, netting an equaliser and his first goal for the Bont in the 1-1 draw.

Daniel was called up for the Wales U19 squad for their mini tournament in Denmark, where Cymru will face the hosts and then either Norway or Sweden in a Third-Place Play-Off or Final. However, the young Bluebird was unfortunately forced to withdraw from the squad through injury. 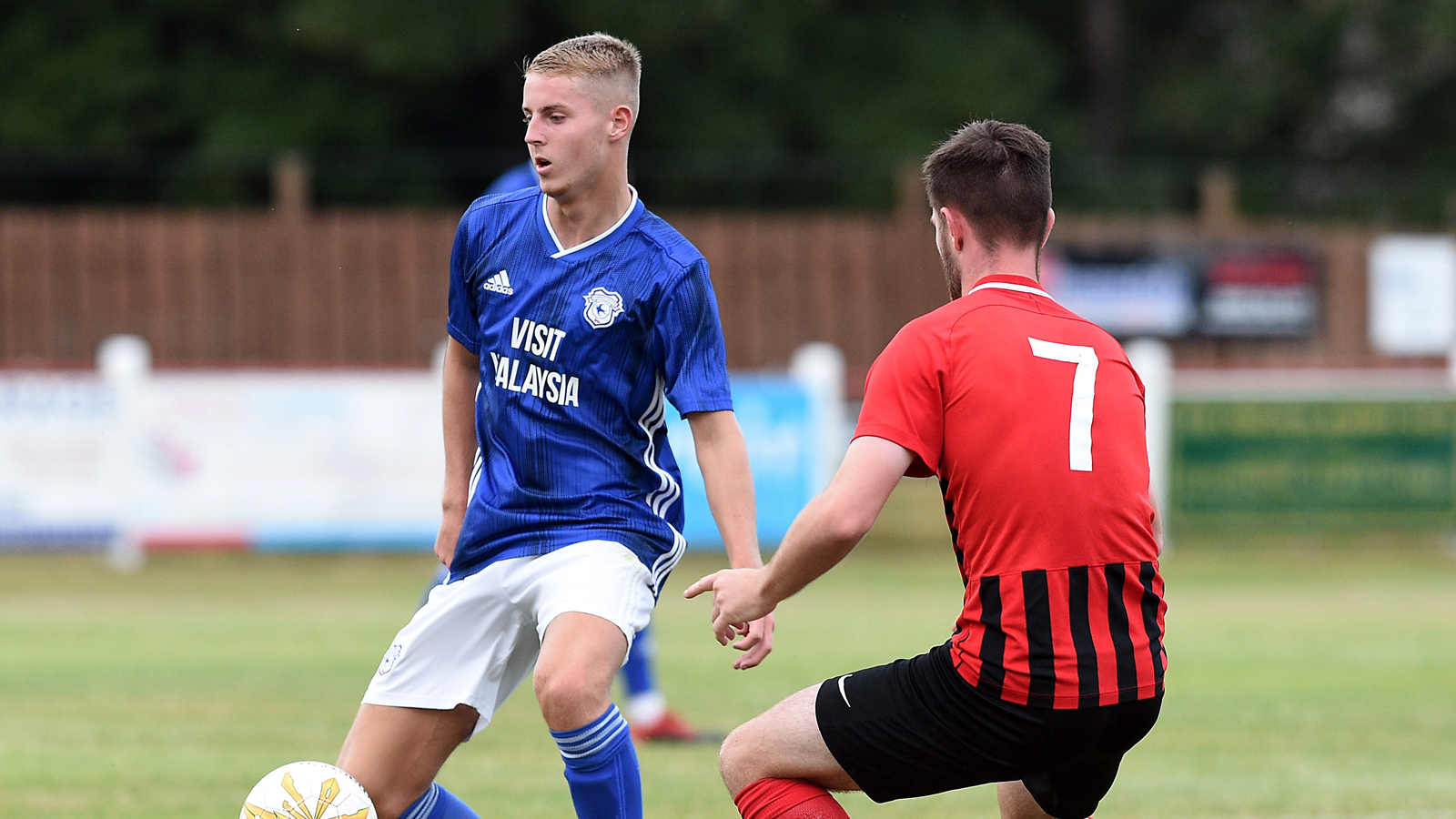 Midfielder Keenan Patten also joined Penybont on loan for the 2019/20 campaign on August 15th and eight days later, he made his debut as a second-half substitute against Cardiff Metropolitan University in the Cymru Premier.

The 18-year-old started in the following two matches away to Newtown – where they gained their first point of the season - and against champions The New Saints.

Keenan also joins the Wales U19 team for their trip to Denmark, with the fixture against the Danes taking place on Friday, September 6th. 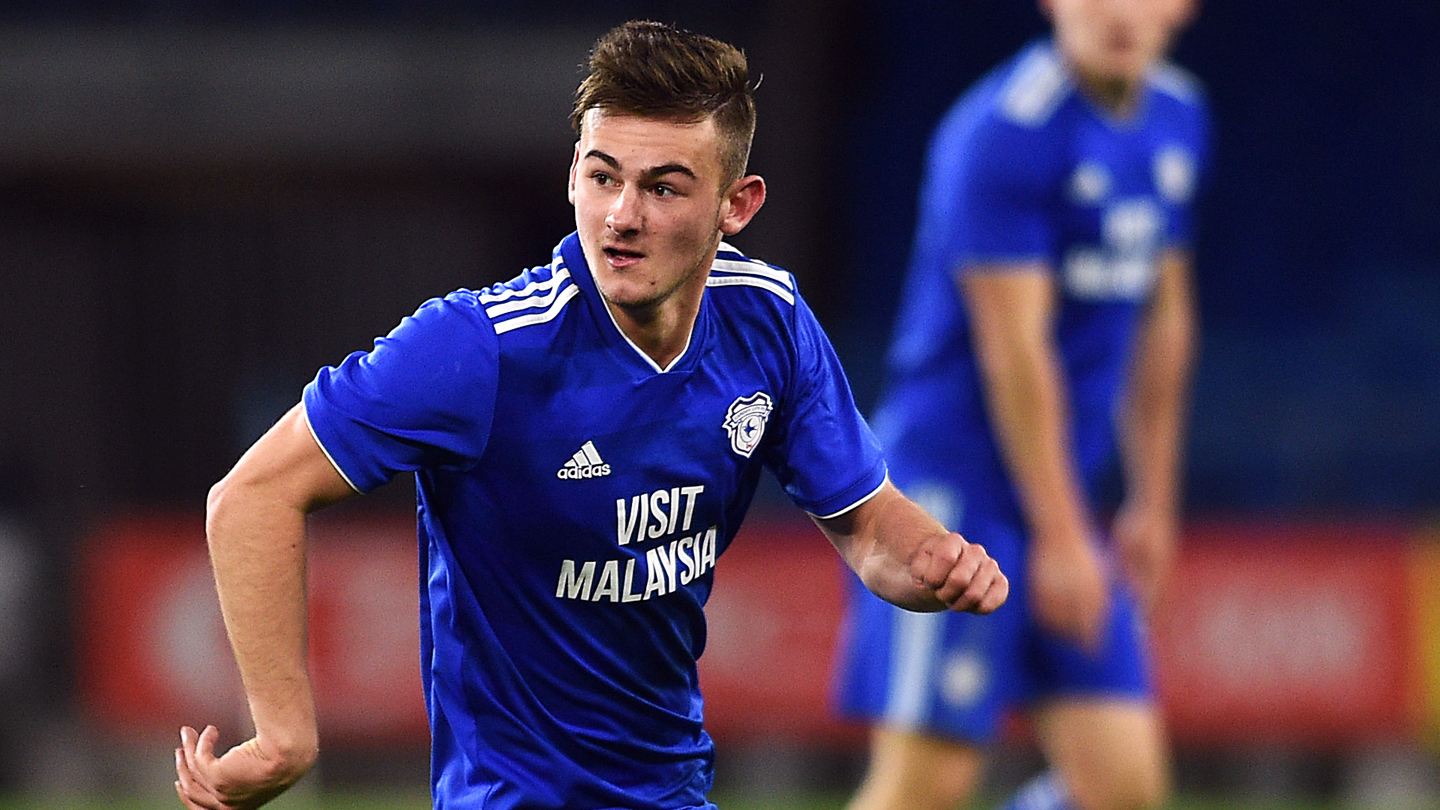 The attacking right-back has made four competitive appearances in the starting line-up for the Seagulls to date from their six games, since making his debut in their final friendly against a Bristol City XI on Friday, August 2nd.

Connor has been a real threat along the right flank and his most notable moment so far was assisting striker Nick McCootie’s goal in the first Southern Premier South game against Hendon, which concluded in a dramatic 2-2 draw at the Optima Stadium on Saturday, August 10th.

Before the move was confirmed, the 19-year-old also started in their pre-season fixture against a Bristol City XI as a Trialist and made his competitive debut, starting in a 2-1 win away at Hayes & Yeading United on Saturday, August 17th.

Dan has started in all three games since, from which the Seagulls have won two and drawn one and looks to continue impressing during his short period away from the Bluebirds.