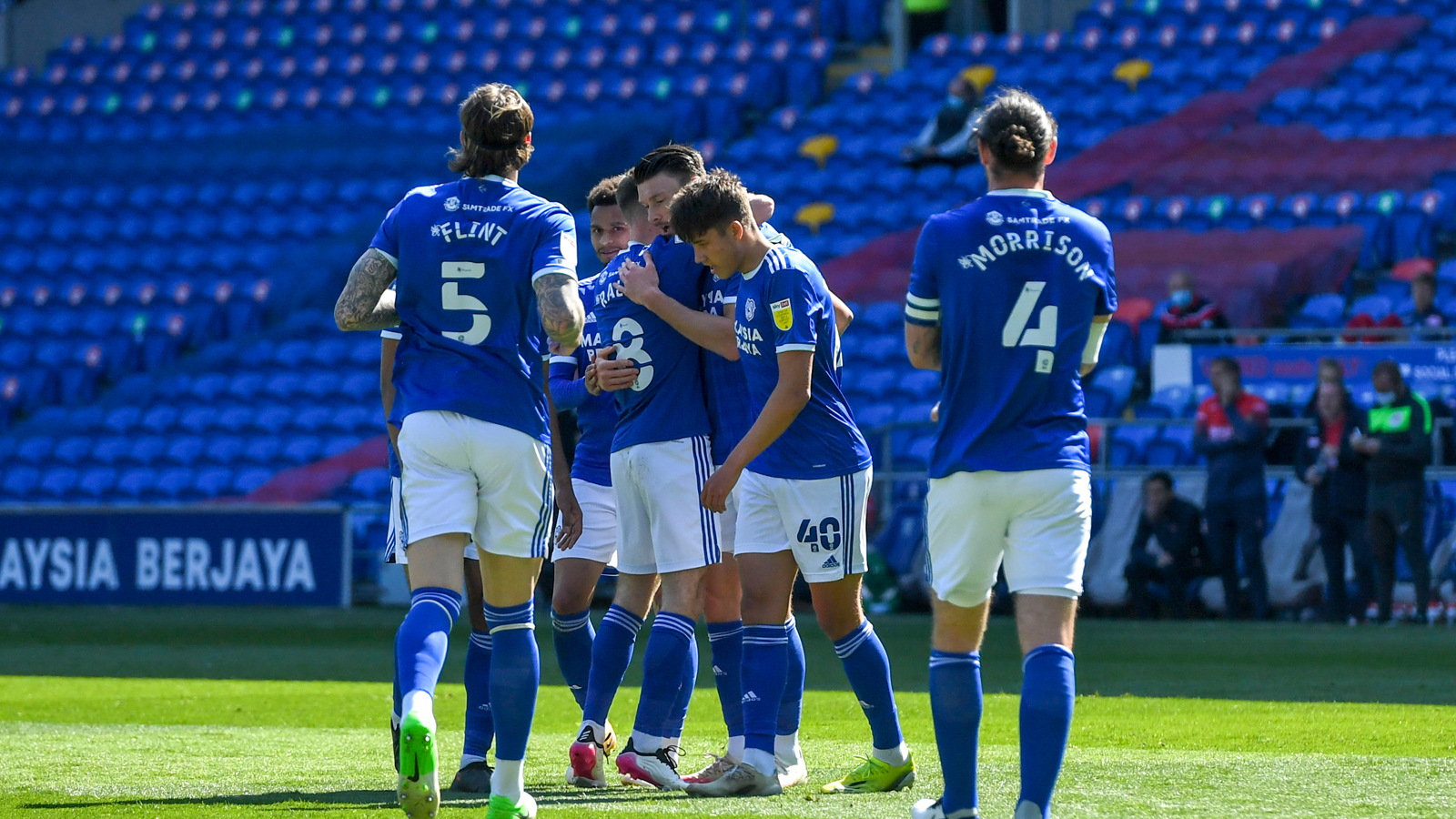 The Bluebirds take on Birmingham City this weekend in their final away fixture of the 2020/21 campaign. Mick McCarthy’s men will head to St. Andrew’s to face Lee Bowyer’s Blues on Saturday, May 1st (3pm kick-off).

City fans worldwide can tune in and watch the Bluebirds' clash with Blues live on Cardiff City TV!

A Cardiff City TV Match Pass for Saturday’s fixture can be purchased now for just £10 in the UK & Ireland. International Match Passes are available for just £7 per game, with Season Passes also available.

Supporters in the UK & Ireland can also purchase a Commentary Pass for £5 a month, or £10 for the remainder of the 2020/21 campaign.

Blues have enjoyed a remarkable turnaround in form under new boss Lee Bowyer, which last weekend saw them secure their Championship status for next season. Birmingham sit in 16th position with two league matches remaining, keeping a tally of 13 wins, 13 draws and 18 defeats thus far. Bowyer’s side now have 52 points to their name, 13 clear of 22nd place Rotherham United – our opponents on the final day of the campaign – who can only reach 48 points if they win their final three league fixtures.

After a promising start, Blues quickly fell away from the top half of the table before the Christmas period, and endured a poor run of form which saw Aitor Karanka lose his job at St. Andrew’s. Birmingham won just one game during a 13-match period across the New Year, a run which saw them slip to 23rd position by mid-February. However, the decision to replace Karanka with former Blues midfielder Bowyer has paid dividends, with City sharply climbing the divisional standings since they opted for a managerial change on March 16th.

Former Charlton Athletic manager Bowyer has suffered just one defeat as Blues boss, winning five and drawing two of his other seven matches in the dugout. Birmingham are unbeaten in their last six matches, and have recorded some vital wins, against the likes of Stoke City, Rotherham United and Derby County on their way up the table. Having suffered several heavy defeats earlier in the campaign, including a 4-0 loss to the Rams in late December, Bowyer has transformed Birmingham’s fortunes at the back; since taking charge, his side have conceded just six goals.

Lukas Jutkiewicz has recorded his lowest personal goalscoring tally since the 2017/18 campaign, but is currently Birmingham’s joint-top scorer for the season. The powerful centre forward suffered something of a goal drought across the winter months, but has bounced back into hot form at the perfect time for Bowyer’s side. The 32-year-old has netted five of his seven league goals in the past eight Championship matches, including two match-winning braces; Jutkiewicz scored twice to defeat Stoke City on April 10th, and netted both goals in Birmingham’s vital victory over Derby County last time out.

Scott Hogan starred for the Blues on loan from cross-city rivals Aston Villa last term, earning him a permanent move to St. Andrew’s in the summer. The forward is another attacking threat who has enjoyed a strong run of form since the turn of the year, and is tied with strike partner Jutkiewicz on seven goals for the season. Hogan, whose most recent strike was a stoppage-time winner from the penalty spot against Swansea City at the start of April, will be hoping to return to Bowyer’s matchday squad this weekend after suffering a recent hip injury.

Neil Etheridge will need little introduction to the City faithful, having been a key member of our 2017/18 promotion winning squad. The Philippines international, who moved to St. Andrew’s at the beginning of the current campaign, has started 43 consecutive league matches for Blues, and has played a large part in Birmingham’s recent rise away from the drop zone. The 31-year-old stopper has kept four clean sheets in his past six outings, taking his personal tally to 13 shutouts for the season.

Last season, the Bluebirds and Blues battled for a 1-1 draw at St. Andrew’s, with the hosts taking an early lead. Jude Bellingham, who later moved to Bundesliga outfit Borussia Dortmund, opened the scoring for Birmingham after four minutes, turning home a corner kick from close range. However, City drew level just after the hour mark, thanks to a rare Lee Tomlin header. Marlon Pack delivered a fierce corner towards the near post, with Tomlin nipping in to head home and earn a draw for the Bluebirds.

Our most recent victory at the home of the Blues came back on New Year’s Day, 2013. Future Bluebird loanee Ravel Morrison looked to have given Birmingham a first-half lead, only for his strike to be ruled out for offside. Just before the break, Craig Conway drove a powerful strike on goal which was parried by Jack Butland, but only as far away as Joe Mason. The young striker showed quick thinking to tuck the ball into an empty net; a fine start to the year which would see the Championship trophy arrive in the Welsh capital.

Last week saw the 94th anniversary of our famous FA Cup win, with the Bluebirds becoming the only side to take the Cup out of England on April 23rd, 1927. City were back in action just four days after the Wembley triumph, facing Birmingham on April 27th in our first match as Cup holders. Having recently written himself into the history books with a Cup-winning goal, Hughie Ferguson set another record during our 2-1 victory at St. Andrew’s that day. Ferguson netted a brace to take his goalscoring tally to 32 strikes in all competitions, setting a club record for the most goals in a single season. The Scot’s record stood for 76 years, until it was broken by Robert Earnshaw’s 35-goal haul in 2002/03.