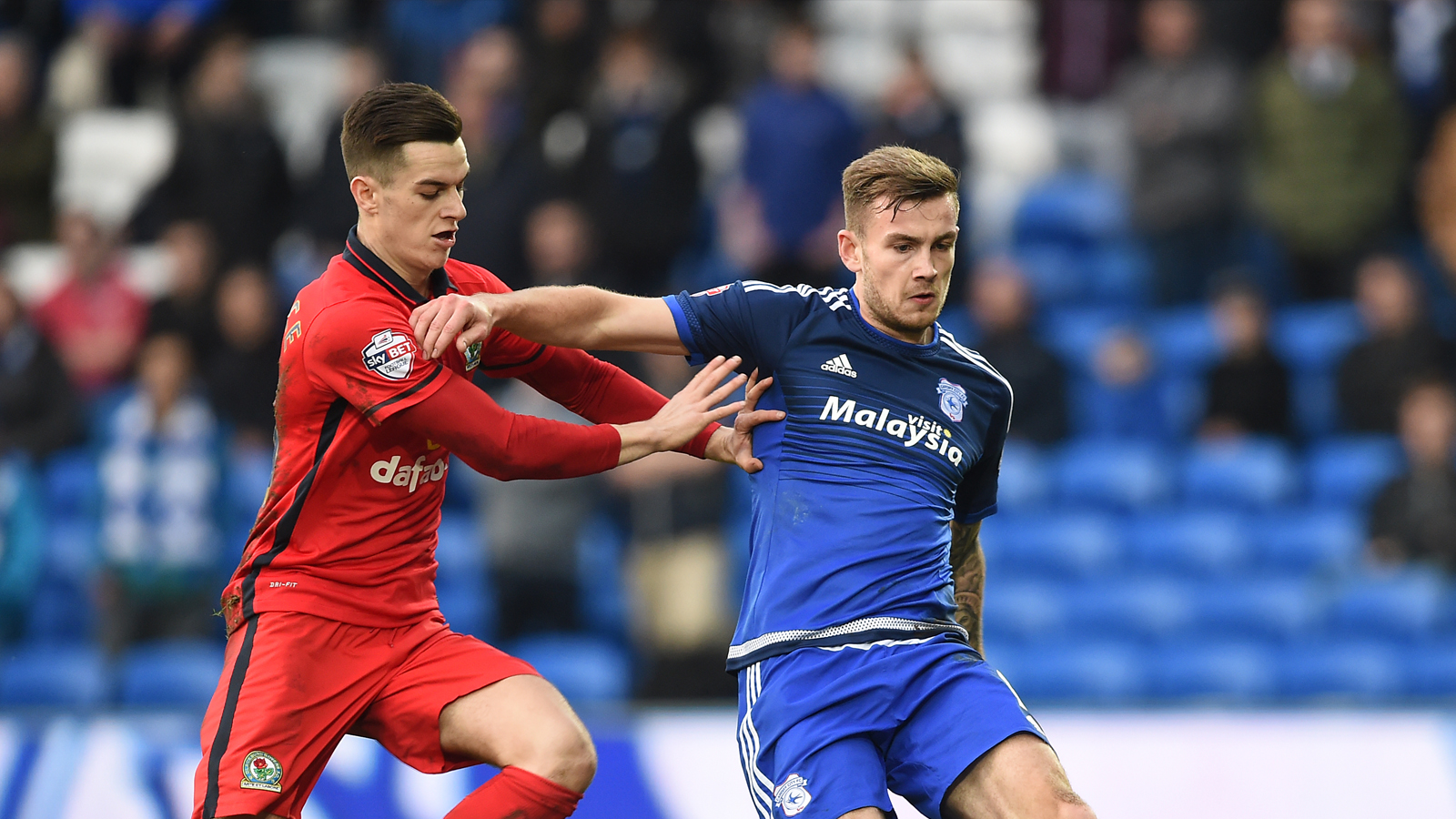 There are still tickets available for Saturday's fixture! Click here to secure your seat now. 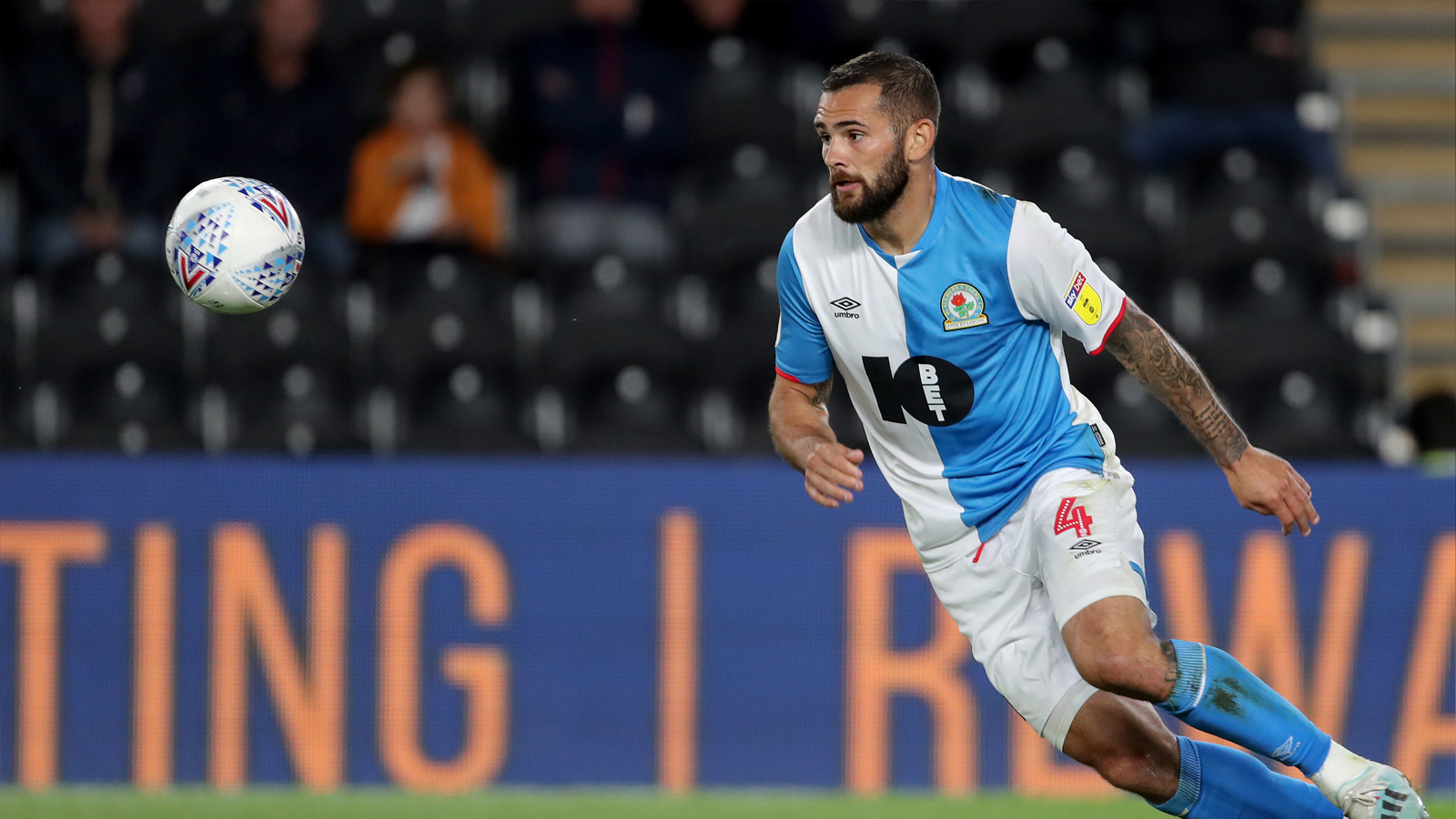 Blackburn Rovers are currently in eleventh place on the Championship table, having collected six points from their opening four fixtures of the 2019/20 Sky Bet Championship season.

Rovers most recently ran out away from home against Hull City on Tuesday, where they came away with three points having beaten the Tigers 1-0. Centre-back Derrick Williams scored the winner in the second-half, as Blackburn kept their second successive clean sheet of the season so far, having also beaten Middlesbrough by the same scoreline three days prior.

Williams’ sole goal so far this season leaves him as the club’s current joint top goalscorer alongside striker Danny Graham. Derrick has now made over 100 league appearances for Rovers since joining in 2016, having previously played for Bristol City, where he made 111 league appearances between 2013-2016.

Likewise, Danny Graham has also made over 100 appearances for the club since moving to play at Ewood Park in 2016. The striker – who has also played at clubs such as Watford and Swansea City – joined the club initially on loan from Wolverhampton Wanderers in the 2015-16 season, before joining the Championship club on a permanent basis the next year.

The 34-year-old has scored 49 goals for Rovers since first taking to the pitch for the club, and helped them to an immediate return to the Championship following relegation to League One at the end of the 2017-18 season. 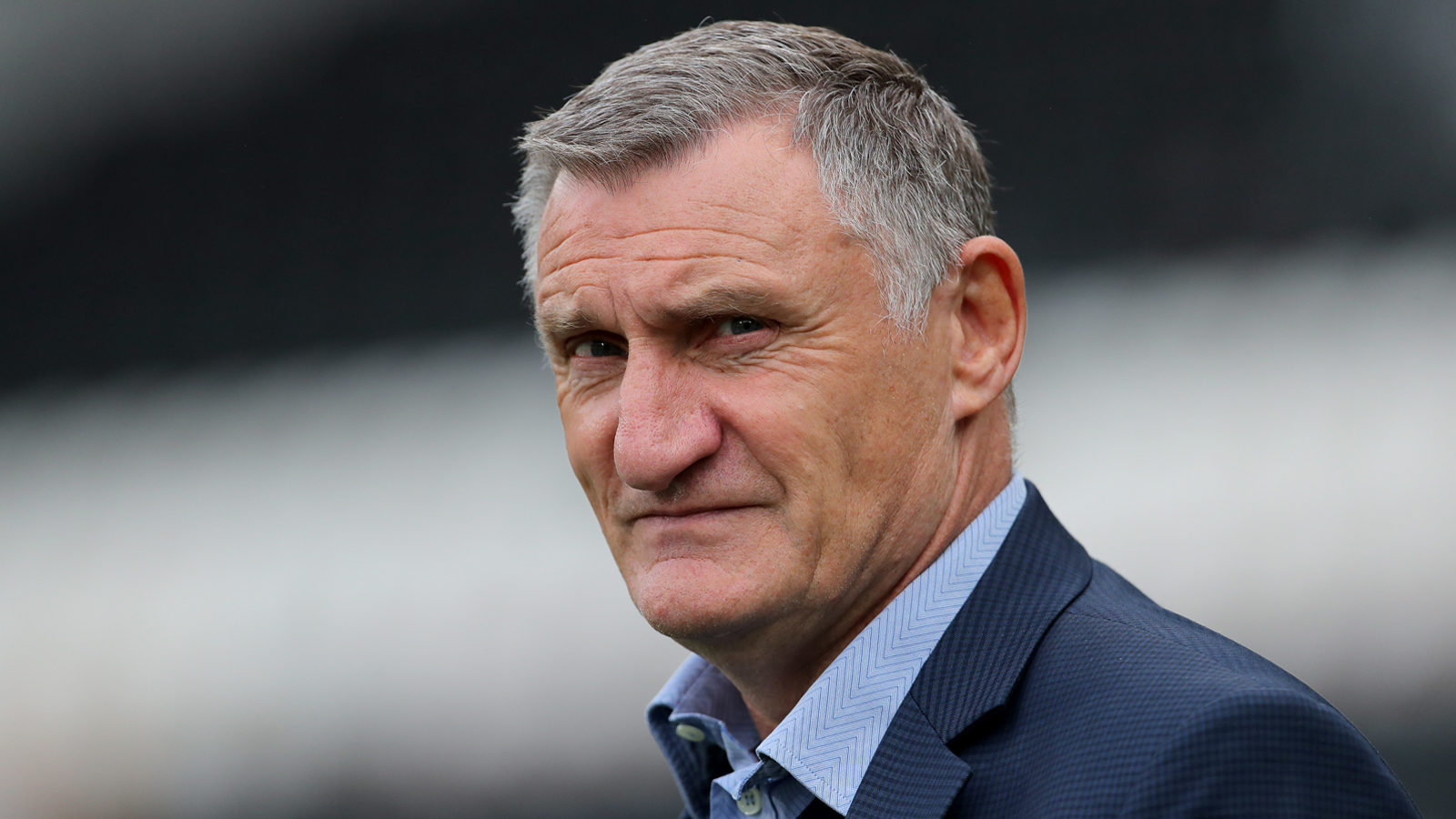 Tony Mowbray is Blackburn Rovers’ head coach, having taken over at the club in 2017. Beginning his career in football as a player for Middlesbrough in 1982, Mowbray played as a defender for Boro until 1991, during which time he made 348 league appearances for the club.

His time at Middlesbrough was notable thanks to the two successive promotions that his team enjoyed in the 1986-87 and 1987-88 seasons, jumping from the Third Division to the First in only two seasons.

The latter of the promotions was achieved via the play-offs, as Boro missed out on automatic promotions on goals scored compared to Aston Villa, who were in second place. Across two legs, Middlesbrough defeated Chelsea 2-1 on aggregate, confirming the Blues’ relegation from the First Division.

A four-year spell at Celtic, where he made 77 league appearances, was followed by a period at Ipswich Town, where Mowbray played for five years between 1995-2000 before retiring as a player.

Whilst playing for the Tractor Boys in the First Division (by that point the second tier below the Premier League), the defender made 128 league appearances, adding another five goals to his overall tally.

Captaining the side, Tony helped Ipswich to the Premier League at the end of the 1999-2000 season, scoring a goal in his last match as a professional footballer in the First Division play-off Final against Barnsley.

As a manager, Mowbray began at Ipswich in 2002, stepping up to be the club’s caretaker manager for a spell having been a coach beforehand. He has since managed at other former clubs such as Celtic and Middlesbrough, as well as Hibernian and Coventry City.

He has managed two sides to league promotions in his time as a manager, beginning with West Bromwich Albion, who were promoted to the Premier League at the end of the 2007-08 season, also reaching an FA Cup semi-final in 2008.

Taking over at Blackburn in February 2017, Mowbray’s new side was relegated to League One at the end of his first season in charge. However, the following season’s league campaign saw Rovers finish as League One runners-up, and the club returned to the Championship the following year. 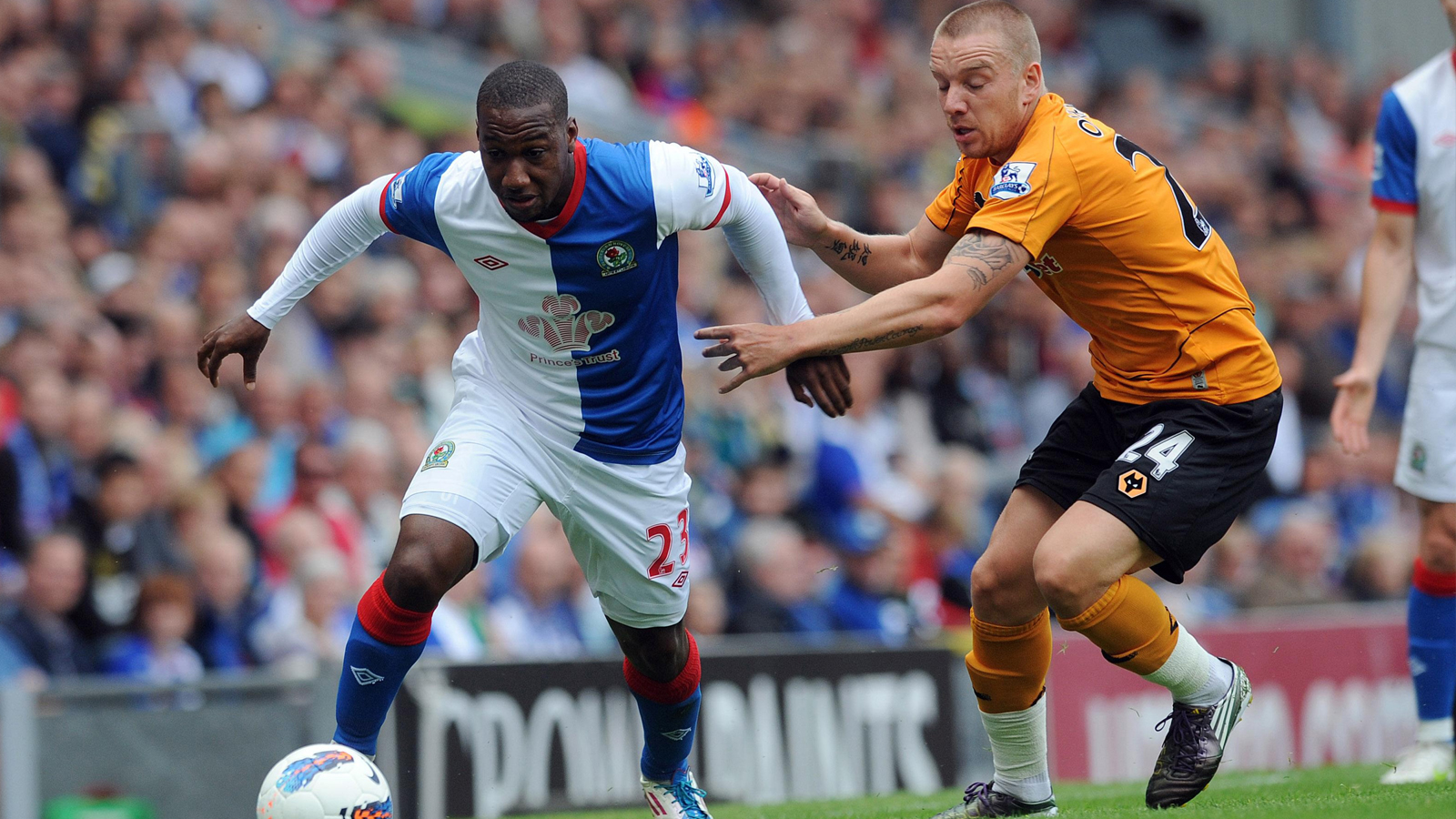 Junior Hoilett began his professional footballing career at Blackburn Rovers, having been spotted as a youngster while playing for his local club, Brampton Youth SC. The Canadian played on loan for 2.Bundesliga sides SC Paderborn and FC St. Pauli between 2007-09 before returning to Rovers in time for the start of their 2009-10 season in the Premier League.

Hoilett made his professional debut for Blackburn Rovers in the club’s first match of the season and was brought on as a substitute against Manchester City, and made his first league start for the side in Deember 2009 against Hull City.

In his second season at Ewood Park, Junior made an additional 24 appearances in the Premier League, scoring five goals in the process, and left Ewood Park for Queens Park Rangers at the end of the 2011-12 season with 81 Premier League appearances and 12 goals under his belt.

Following four seasons at QPR, where he played in both the Premier League and Championship, Hoilett joined Cardiff City in October 2016, and was Neil Warnock’s first signing for the Bluebirds.

He scored his first goal for City in the following month against Huddersfield Town, and went on to make a total of 33 Championship appearances in his debut season at CCS.

In Cardiff City’s 2017-18 Championship promotion season, Junior scored nine goals in 46 matches, being ever present on the wing for the club. He was subsequently named Player of the Year by City supporters for his efforts in a historic season for the Bluebirds.

Most recently, his goal proved the winner during Wednesday night's home fixture against Huddersfield Town, scoring from inside the edge of the area. 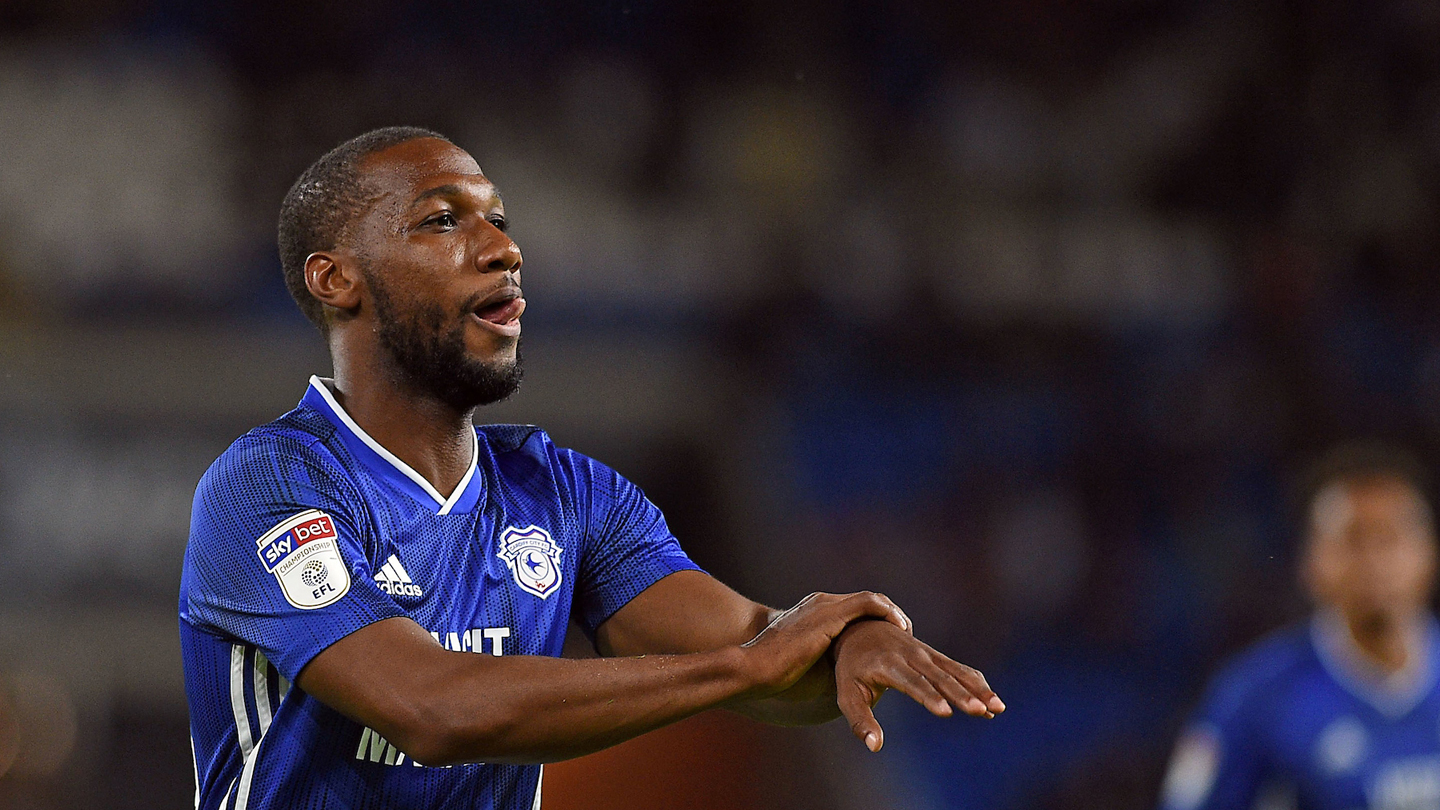