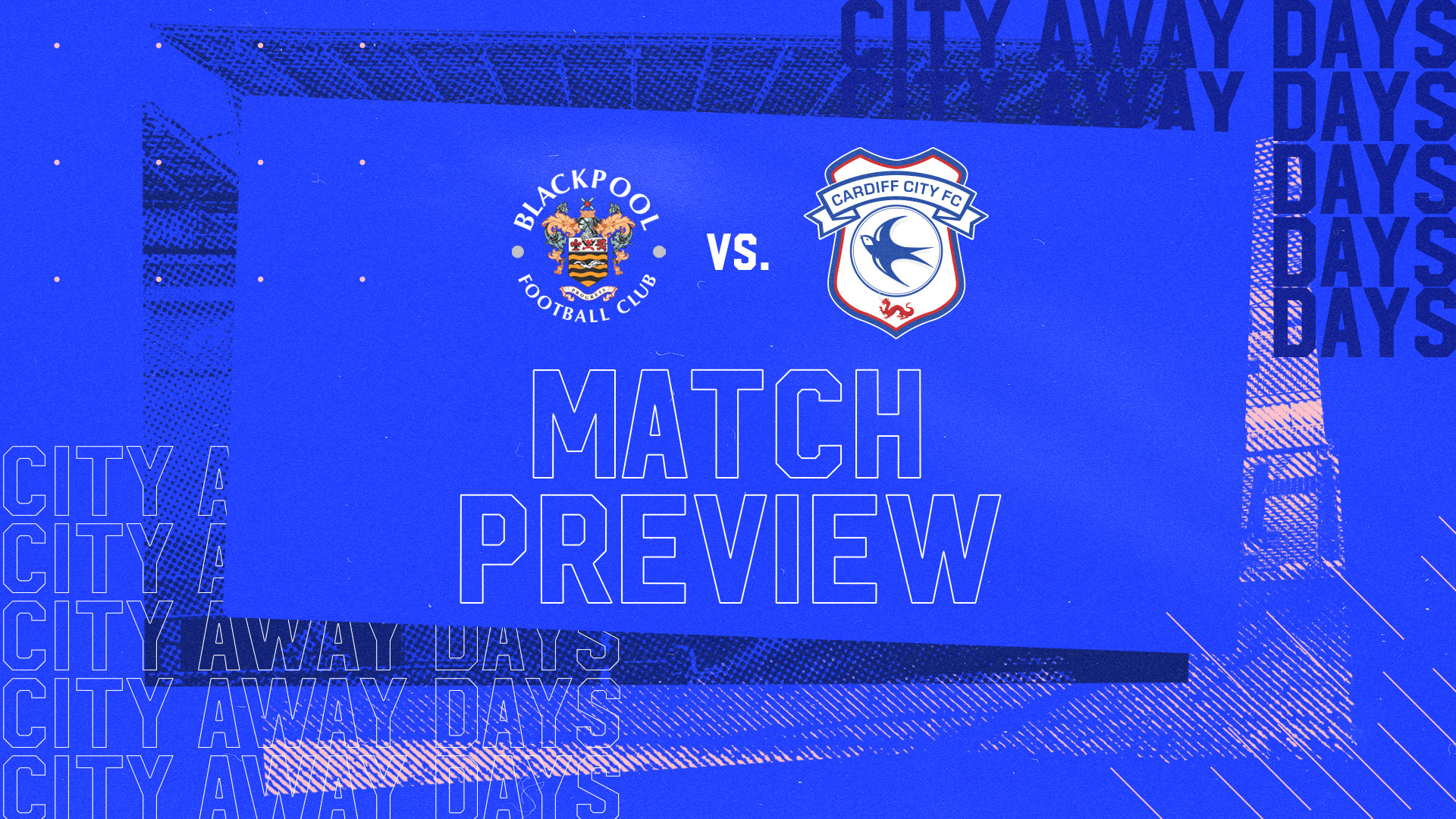 The Bluebirds head to Bloomfield Road this weekend for their first away fixture of the Sky Bet Championship season. Mick McCarthy’s men will face the Tangerines on Saturday, August 14th, with a 3pm kick-off.

CLICK HERE FOR OUR AWAY DAYS INFO GUIDE - BLACKPOOL VS. CARDIFF CITY 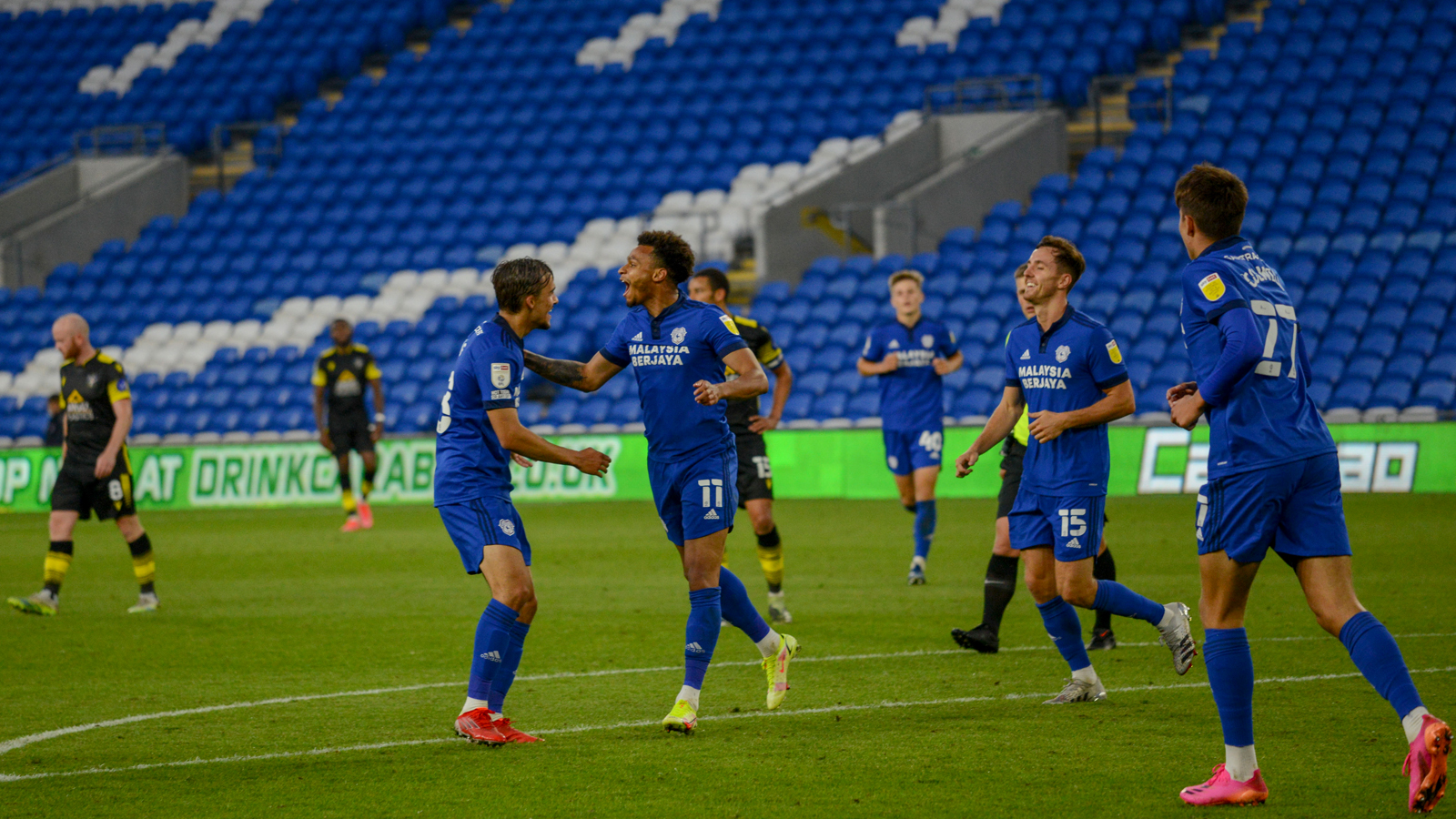 Cardiff City TV will be bringing you the latest from Bloomfield Road as it happens at the ground this Saturday afternoon. 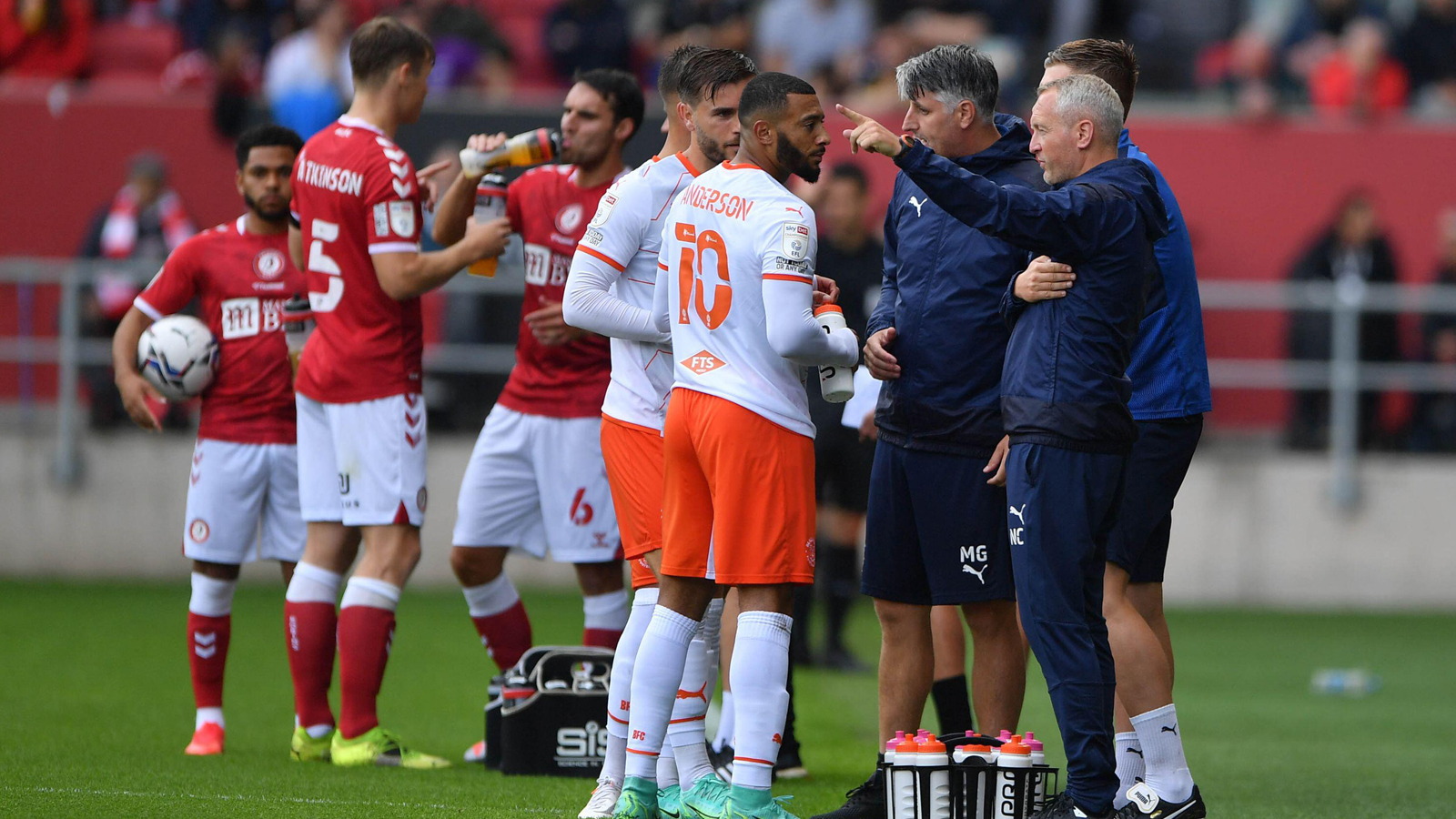 Blackpool are back in the Championship after a six year absence, having suffered a double relegation from the second to the fourth tier of English football. The Tangerines bounced back from League Two at the first time of asking, and then spent four seasons in mid-table of League One before recording a third-place finish last season. Neil Critchley’s side dispatched Oxford United 6-3 on aggregate in the Play-Off Semi Finals, before defeating Lincoln City 2-1 at Wembley to earn promotion.

The Tangerines kicked-off their Championship campaign with a 1-1 draw against Bristol City last Saturday. The Robins took the lead just before the half-time whistle at Ashton Gate, with Chris Martin breaking the deadlock. It seemed that Bristol would hang on to take all three points, only for Blackpool to sneak a late equaliser and draw level. Shayne Lavery poked the ball home in the third minute of stoppage time to earn a point, providing a fine finish to the fixture for the travelling Tangerines fans.

In midweek, Blackpool dispatched fellow second tier side Middlesbrough in the First Round of the Carabao Cup, recording a 3-0 victory at Bloomfield Road. Callum Connolly opened the scoring for Critchley’s team against a youthful Boro side, with the Tangerines adding two further second half goals in quick succession. Lavery found the back of the net on 77 minutes, with Keshi Anderson making sure of the victory with another goal one minute later. Blackpool were drawn against League One side Sunderland in the Second Round. 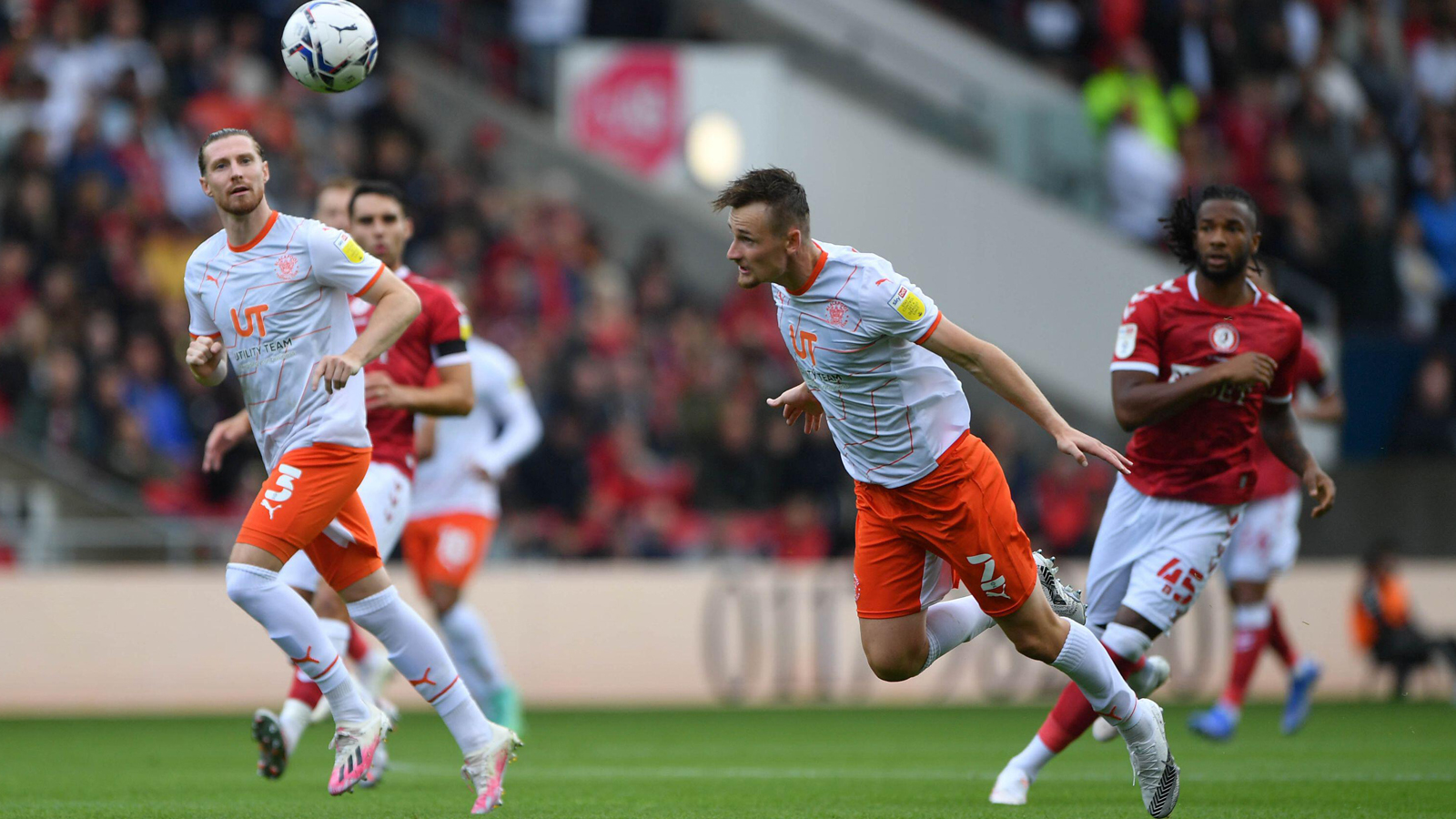 Callum Connolly has already amassed nearly 150 league appearances at the age of 23. A versatile player who can operate in midfield or defence, Connolly started his career with Everton, making his Goodison Park debut in 2016. Since then, he has enjoyed loan spells with the likes of Wigan Athletic, Ipswich Town and Bolton Wanderers, before departing from Everton on a permanent basis in the summer. The 23-year-old was snapped up by Blackpool in late July, and scored a superb strike during the Tangerines’ 3-0 Carabao Cup win over Middlesbrough in midweek.

Tyreece John-Jules has signed for Blackpool on a season-long loan deal from Arsenal. John-Jules joined the Gunners at the age of 8, and although he has not yet made his First Team bow at the Emirates Stadium, the striker was named on the substitutes bench in Arsenal’s Community Shield victory over Liverpool twelve months ago. Aged 20, John-Jules impressed whilst on loan with Doncaster Rovers last season, scoring five goals in 18 League One appearances, earning him a loan move to the second tier this term. The forward started Blackpool’s first game of the season, and played 73 minutes before being replaced by Josh Bowler.

Richard Keogh adds some welcome Championship experience to Neil Critchley’s side, having arrived at Bloomfield Road in mid-July. The 35-year-old has racked up over 670 professional appearances since 2004, and has also earned 26 caps for the Republic of Ireland, including under City boss Mick McCarthy. Since leaving Derby County in 2019, Keogh has featured for MK Dons in League One and Huddersfield Town in the Championship, and started the Tangerines’ first fixture of the new campaign at the heart of defence, paired with James Husband. 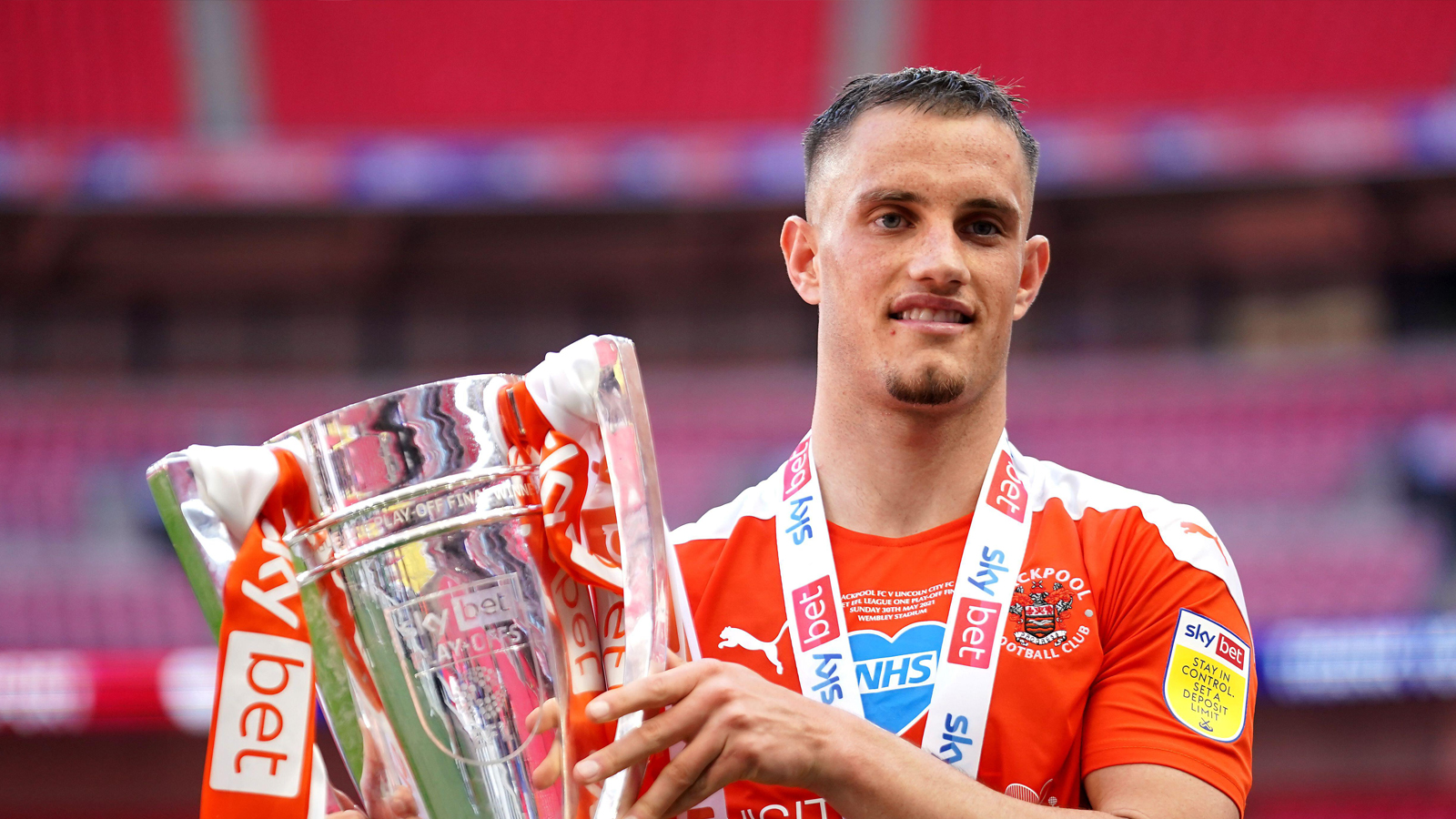 Jerry Yates was the joint-third highest goalscorer in League One last season, netting on 20 occasions whilst providing five assists. The striker began his career with Rotherham, for whom he scored five goals in six seasons, before moving to Blackpool in July 2020. Yates certainly hit the ground running at Bloomfield Road, forming a strike partnership with former Bluebird Gary Madine which helped the Tangerines earn promotion back into the second tier. The 24-year-old played the full 90 minutes of Blackpool’s opening day fixture at Bristol City.

Demetri Mitchell came through the youth ranks at Manchester United, and made his Old Trafford debut against Crystal Palace on the final day of the 2016/17 campaign. After two seasons on loan with Hearts in the Scottish Premiership, Mitchell signed for Blackpool ahead of the 2020/21 campaign, and went on to make 32 league appearances in Neil Critchley’s promotion-winning team. Aged 24, Mitchell scored one goal and recorded four assists from left-back last season, including two assists during the second leg of Blackpool’s Play-Off Semi Final aggregate victory over Oxford United.

Kevin Stewart also has experience of featuring for some of the biggest clubs in the country, having swapped Tottenham Hotspur for Liverpool during the early days of his career. The midfielder made 20 appearances for the Reds between 2014 and 2017, before a big money move to Hull City. Stewart moved to Bloomfield Road in January of this year, providing valuable experience which aided the Tangerines in their push for promotion, before signing a new two-year deal with the club this summer. 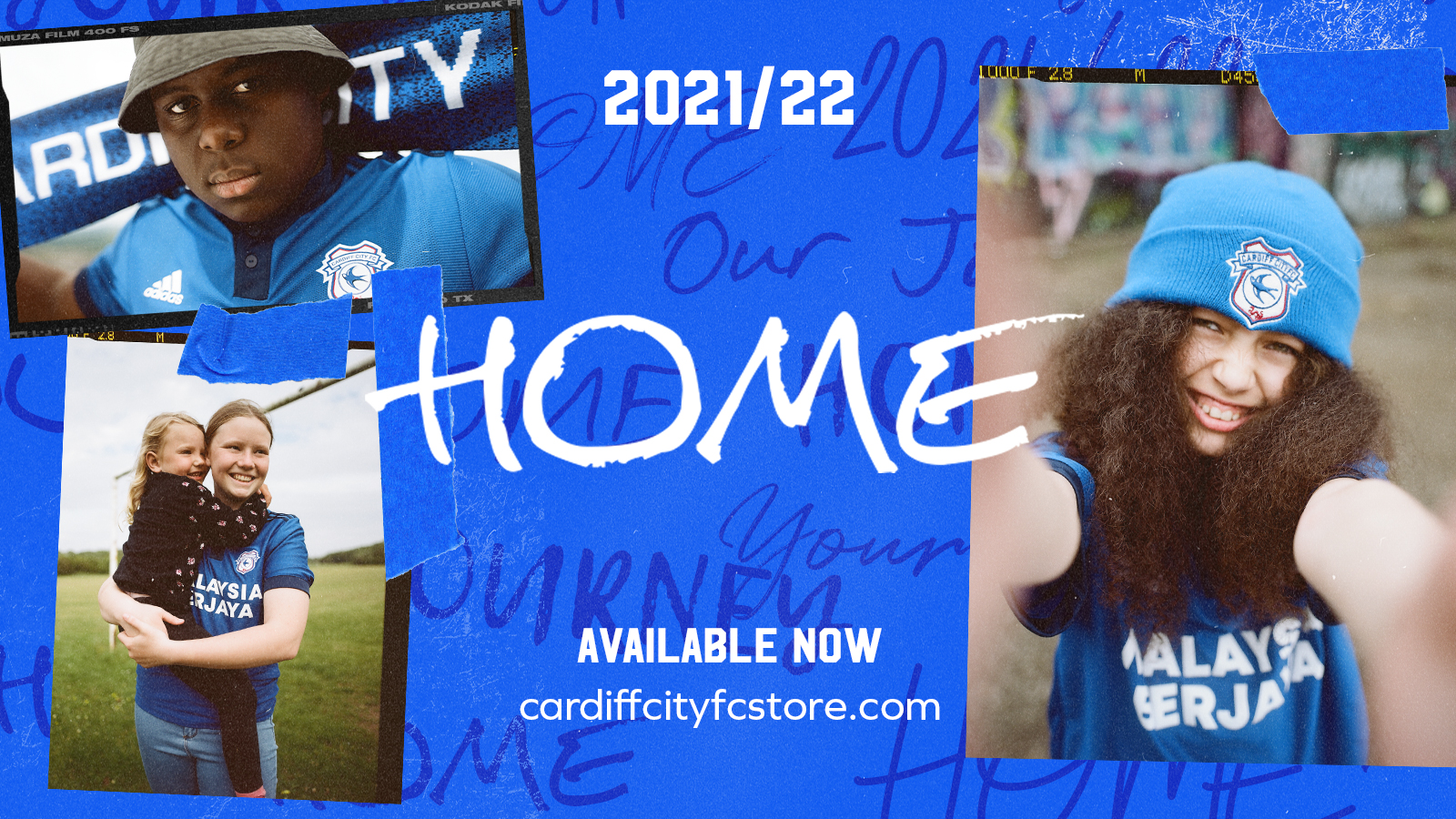