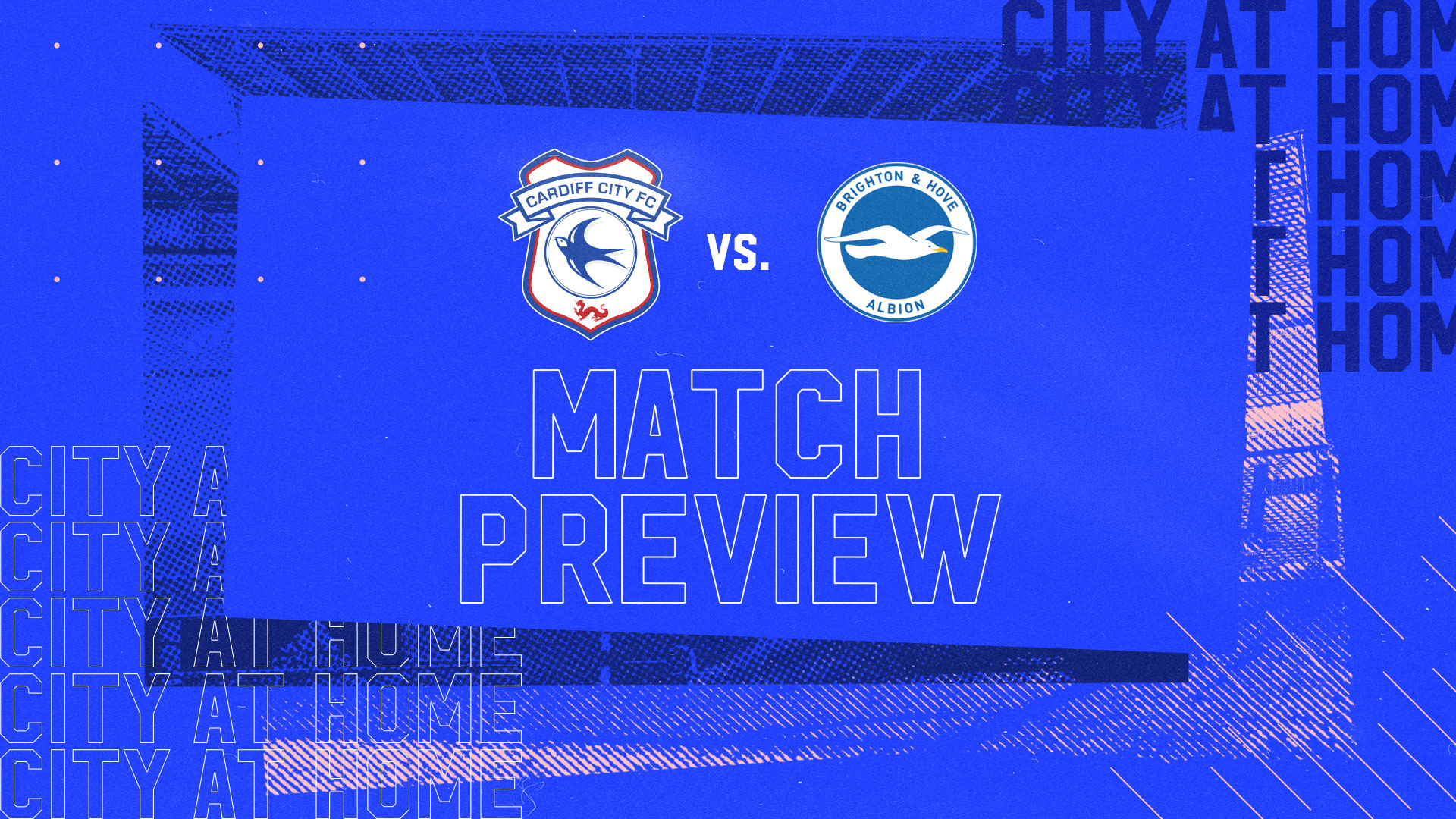 The Bluebirds take on the Seagulls on Tuesday, August 24th, with Brighton visiting the Welsh capital for a Carabao Cup Round Two clash. Graham Potter’s men will travel to CCS for the midweek match, which kicks off at 7:45pm.

Tickets for this Carabao Cup Round Two fixture are on sale now, and available to purchase here.

Cardiff City TV will be streaming audio coverage of the Bluebirds' Carabao Cup Second Round tie on Tuesday evening.

Reverting to their pre-COVID19 pandemic policy regarding streaming Carabao Cup matches, the EFL have made this fixture available for audio streaming only.

City supporters who are based internationally and have either an International Season Pass or Monthly Pass will have audio streaming for this fixture included in their pass.

The Bluebird is back for a special Carabao Cup edition this week, with an exclusive interview with Welsh international midfielder Rubin Colwill for readers to enjoy.

Physical copies of The Bluebird will be available to purchase from selected programme booths and retail departments around CCS, priced at £2.50!

Albion have made a strong start to the 2021/22 campaign, winning both of their first two Premier League fixtures. On opening day, Graham Potter’s side came from a goal down to record a 2-1 win against Burnley at Turf Moor, with goals from attacking duo Neal Maupay and Alexis Mac Allister. On Saturday evening, the Seagulls produced a fine performance to defeat Watford with a 2-0 scoreline. Shane Duffy headed home the opener for Potter’s men, with Maupay getting his second of the season to seal the victory.

In an attempt to fine-tune the Seagulls squad, a number of players have departed the Amex Stadium over the summer months, with only two First Team players being recruited. Ben White made the headlines when he sealed a £50m move to Arsenal in July, with goalkeeper Mat Ryan also leaving Brighton after spending time on loan at the Emirates Stadium last term. Davy Pröpper returned to PSV Eindhoven after a four-year spell on the south coast, whilst winger Alireza Jahanbakhsh also departed for the Eredivisie, signing for Feyenoord.

With the Carabao Cup providing a route into the European competitions, Brighton will be looking to improve on their best Cup performance, when they reached the Quarter Finals in 1978/79. That season, the Seagulls lost 3-1 to eventual winners Nottingham Forest, who defeated Southampton 3-2 in the Final. Last season, Potter’s side reached the Fourth Round before suffering a 3-0 loss at the hands of Manchester United at the Amex.

Enock Mwepu joined Brighton from RB Salzburg in July, signing a four-year deal with the Seagulls. A central midfielder, Mwepu began his career with NAPSA Stars in his native Zambia, before sealing a move to Austria in 2017. The 23-year-old made his UEFA Champions League debut when Salzburg took on Liverpool in October 2019, and scored 9 goals in 72 league appearances for the club. Mwepu, who has 16 international caps to his name, scored for Albion during their 3-1 pre-season victory over Luton Town, and made his competitive debut against Burnley on opening day.

Kjell Scherpen signed for the Seagulls in mid-July, having spent the past two years with Ajax. The goalkeeper, who stands at 6 feet and 8 inches tall, made his professional debut for FC Emmen before being snapped up by de Godenzonen in 2019. After a season with the Amsterdam club’s reserve team, he made four appearances for the first team last season, including one start in the UEFA Europa League. The 21-year-old, who is currently ruled out of action due to injury, has also earned eight caps for the Netherlands U21 international team, having previously featured on seven occasions at U19 level.

Michał Karbownik and Jakub Moder were announced as Albion players back in October 2020, but enjoyed only a small taste of action on the south coast prior to the new season. The duo, who both primarily operate in midfield, joined Brighton from Polish Ekstraklasa clubs Legia Warsaw and Lech Poznań respectively, and were both loaned back to their former clubs for most of the 2020/21 campaign. However, they are now members of Graham Potter’s Albion squad this season, with Moder coming off the bench to provide an assist during Brighton’s 2-1 win over Burnley on August 14th.

Neal Maupay has been Brighton’s top scorer for the past two seasons, and has made a good goalscoring start to the new campaign. The French forward, who joined from Brentford in 2019, has netted on 20 occasions during his 76 appearances for the club, including ten strikes in 2019/20 and another eight in 2020/21. The 25-year-old is in fine company, alongside the likes of Mason Greenwood, Diogo Jota and Danny Ings, having netted in both of Albion’s opening league fixtures this term.

Leandro Trossard enjoyed an impressive 2020/21 campaign with his side, which earned him a spot in Belgium’s squad for EURO 2020. The winger scored five goals and provided five assists from 35 Premier League appearances last term, an improvement on his overall attacking contribution compared to his debut season in the top flight. The 26-year-old has started both of Brighton’s early season fixtures, but was substituted in the second half against both Burnley and Watford.

Alexis Mac Allister is another exciting young attacking talent at Brighton’s disposal, having joined the club in 2019. The Argentinian began his career with Argentinos Juniors, and returned to Buenos Aires on loan after securing his move to the Premier League. A further loan spell with Boca Juniors followed, and, upon his eventual arrival at the Amex Stadium in March 2020, Mac Allister played nine times during the delayed ending to the 2019/20 season. Overall, the 22-year-old has scored two goals for the Seagulls, including the match-winning strike at Turf Moor on the opening day of the campaign.