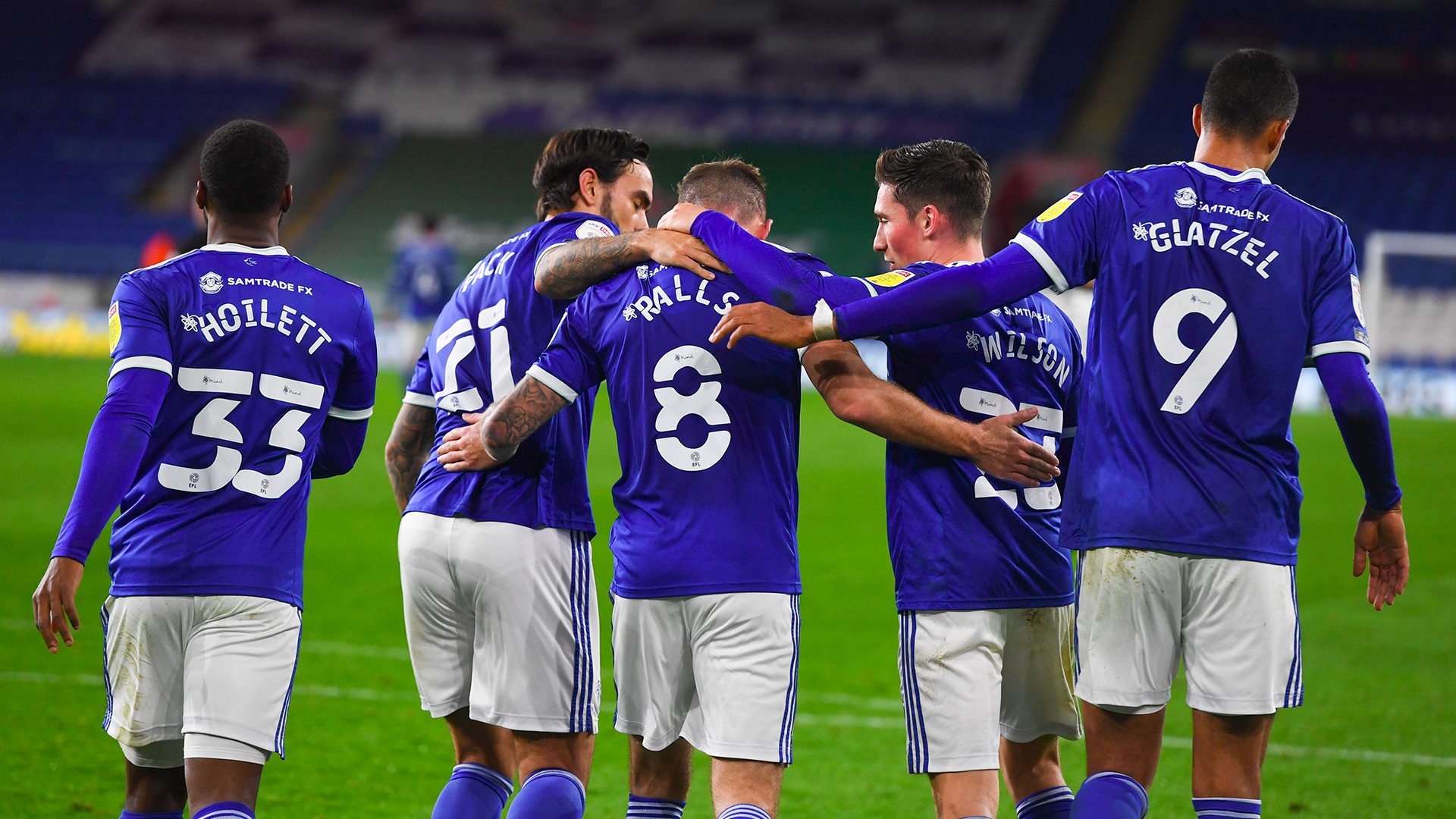 Neil Harris’ men face Bristol City at Cardiff City Stadium on Friday evening, looking to build on Tuesday’s victory over Barnsley. In front of the Sky Sports cameras, the first Severnside derby of the season will kick-off at 6pm.

This match has been selected by host and international broadcasters, meaning that it won't be available via Cardiff City TV in the UK, Ireland or most international territories.

However, the match is available for streaming in exempt countries, including Malaysia and many more.

Supporters in the UK & Ireland can purchase a Commentary Pass for £5 a month, or for just £35 for the remainder of the 2020/21 campaign. 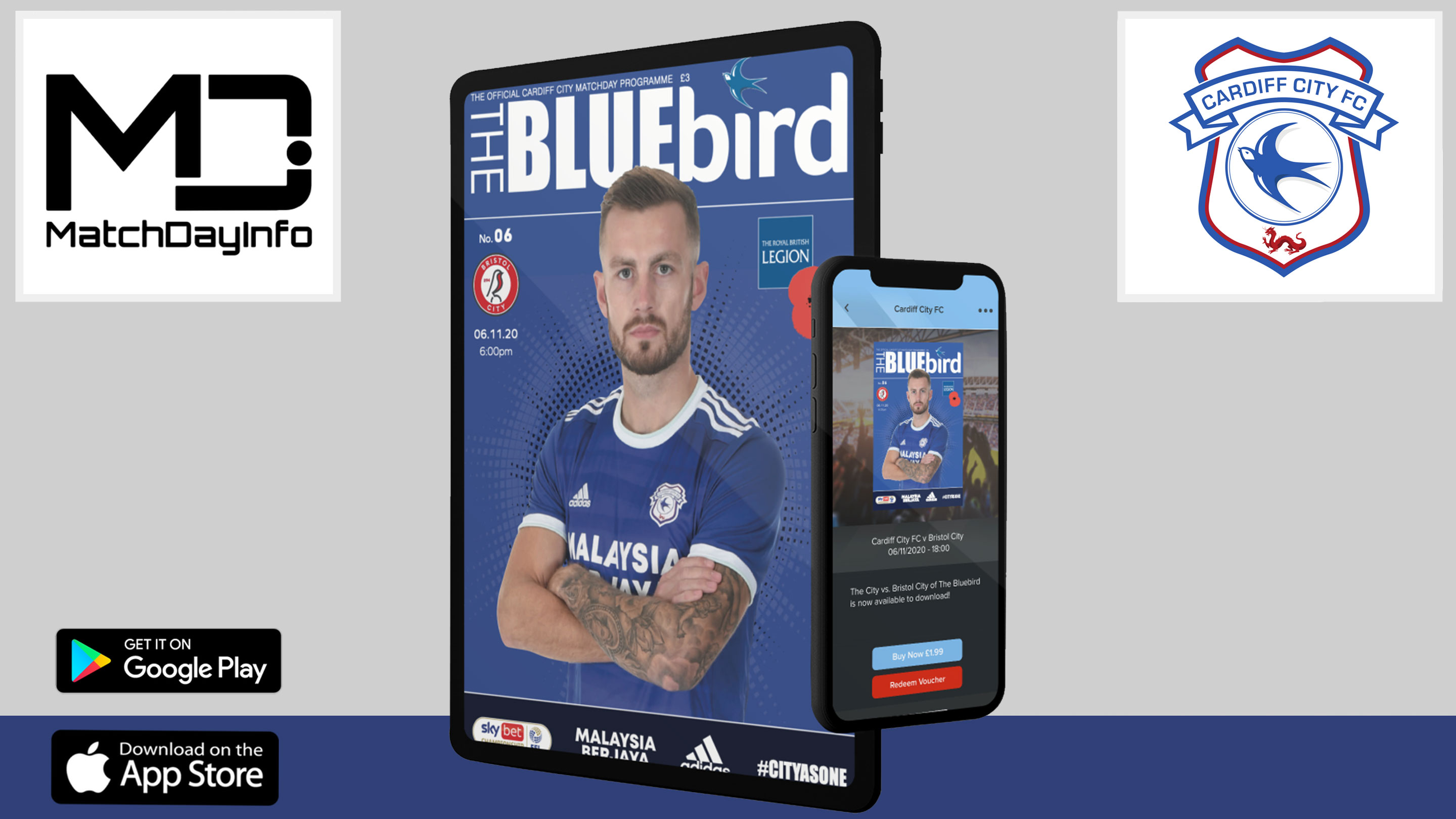 The Bluebird recently became available digitally as well as in its traditional print format. City Season Ticket Holders can redeem their free edition of The Bluebird by downloading the MatchDayInfo App on either iOS or Android.

To redeem your free programmes simply find the programme you wish to download, click the ‘redeem voucher’ button and input your Bluebirds Club Account Fan Number.

If you are not a current Season Ticket Holder, Digital programmes can be purchased for a reduced cost of £1.99 per edition. 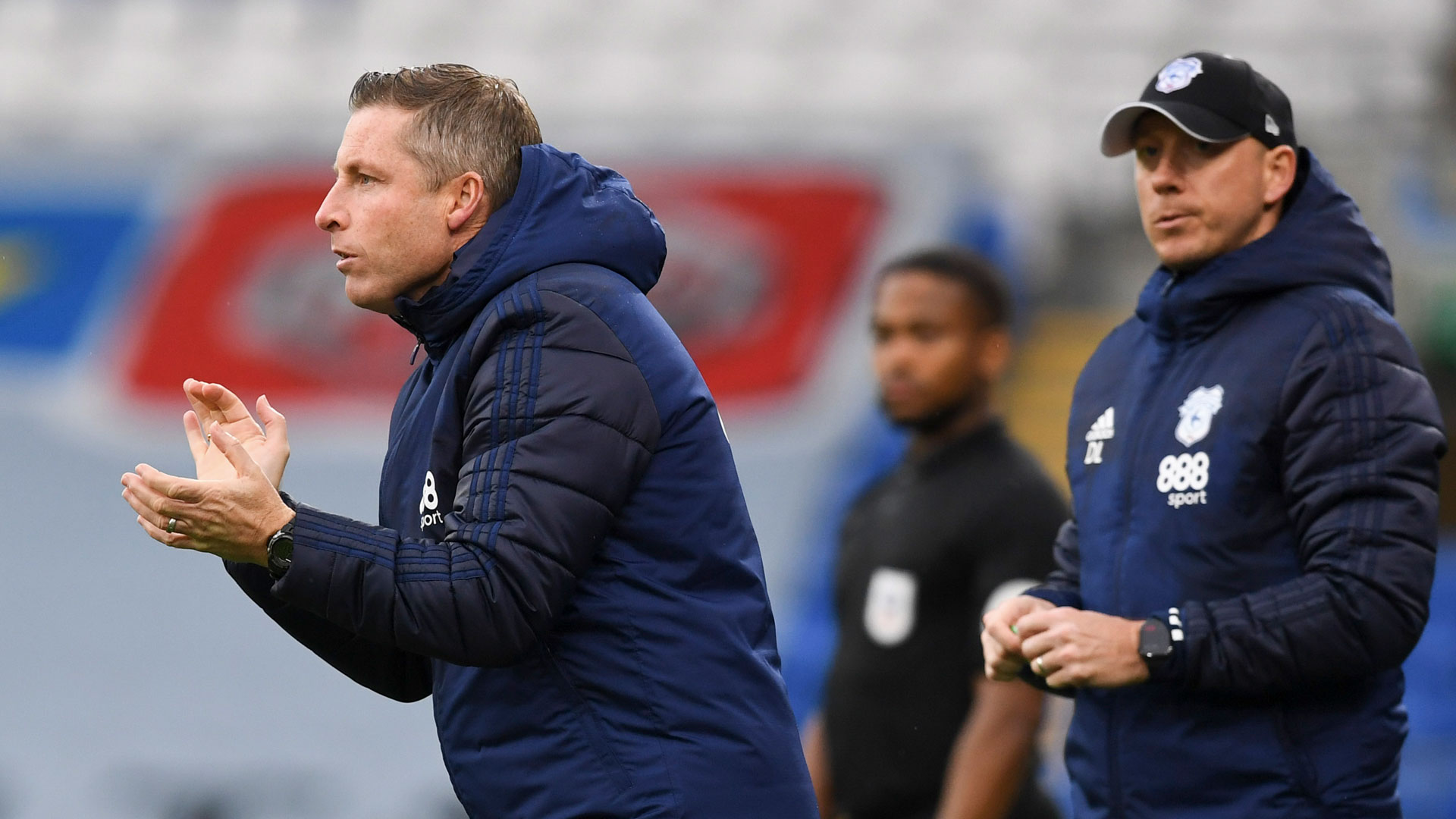 Neil Harris spoke to the press and media ahead of the Severnside Derby, commenting on the added intensity of Friday’s clash at CCS.

“We go into this local derby in great spirits now and the lads are hugely looking forward to it.” the Bluebirds’ boss began.

“It's the fans that make the local derbies, and neither club having their fans at the game does detract something from it.

“What it doesn't change though is our desire to win and carry on our momentum from Tuesday, or the fact that we want our fans, that are suffering at the moment from being away from the stadium, to have the bragging rights."

Dean Holden began his career with Bolton Wanderers in 1998, featuring 21 times for the Trotters in three years. Having enjoyed a successful loan spell with Oldham Athletic, the right-back moved to Boundary Park on a permanent transfer in 2002. Three years and 125 appearances later, Holden signed for Peterborough United, before moving to Falkirk in the Scottish Premier League. He returned to England with Shrewsbury Town, and, following a loan spell with Rotherham United, soon won his first career honour. Having moved to Chesterfield, Holden made 17 league appearances for the Spireites as they lifted the League Two title in 2011/12. He ended his playing days in 2014 with Walsall, having spent the final two campaigns of his career with the club.

In November 2014, Holden left Walsall to return to Oldham, linking up with Lee Johnson to become the club’s First Team Coach. He was named caretaker manager of the Latics when Johnson departed in February 2015, and took the position on a full-time basis until the end of the 2014/15 campaign. Holden then returned to his position as assistant coach, and in 2016 moved to Walsall to take up the same role. Later that year, he reunited with Johnson at Bristol City, becoming the club’s Assistant Manager. Holden took caretaker charge at Ashton Gate when Johnson was relieved of his duties following the Bluebirds’ 1-0 win last season, and was given the job permanently ahead of the current campaign.

Holden spoke to the press and media ahead of Friday’s match, commenting: “We’ve had a really strong start to the season, and If we win, we could go into second. The players are feeling confident and bubbly. I’m sure the supporters can’t wait for this one, and I’m sure they enjoyed the game on Tuesday night. We’ve just got to keep doing what we’re doing.”

The Robins have made an impressive start to the season, and currently occupy seventh place in the Championship table. Under their new boss, City won their opening four league fixtures, against Coventry City, Stoke City, Sheffield Wednesday and Nottingham Forest. Following that explosive start, Holden’s men then conceded a last-gasp equaliser against Barnsley, with a 2-2 draw ending their winning run. A few days later, Middlesbrough put pay to Bristol’s unbeaten start, as they fell to a 1-0 home defeat against Neil Warnock’s side.

In the four fixtures which have followed since that defeat to Boro, the Robins have won once. After a 1-1 draw with Swansea City, Bristol lost back-to-back matches; they fell to a 1-0 defeat against AFC Bournemouth, whilst Norwich City recorded an impressive 3-1 win at Ashton Gate. However, City did return to winning ways in midweek. At the John Smith’s Stadium, goals from Jay Dasilva and Jamie Paterson gave Holden’s men a 2-1 comeback win over Huddersfield Town, keeping them hot on the tails of the top six.

Five new faces arrived at Ashton Gate over the summer months. The Robins began their summer business with the acquisition of Joe Williams from Wigan Athletic, before signing experienced duo Chris Brunt and Chris Martin from West Bromwich Albion and Derby County respectively. Two loan signings arrived in Bristol late in the window, as Alfie Mawson and Steven Sessegnon joined from Fulham for the rest of the season.

Jack Hunt (pictured above) has played a crucial role in Holden’s revamped 3-5-2 system this term. Having primarily operated at right-back in previous years, Hunt has excelled on the right side of midfield for the Robins during the campaign, having featured in nine of Bristol’s ten Championship fixtures. Defensively solid, Hunt has also shown his attacking instincts this season, with two goals and two assists in all competitions thus far.

With recent injuries to Tomáš Kalas, Nathan Baker and Alfie Mawson, young defender Zak Vyner has become a regular at the heart of the City defence. The only player to have started all 13 of Bristol’s league and cup matches this season, the 23-year-old has been with the Robins since 2004, and made his First Team bow in 2016. Having spent last season on loan at Aberdeen, Vyner has embedded himself into Holden’s starting eleven since his return to Ashton Gate, and looks set to stay there for the foreseeable future.

Despite starting just two league matches, Antoine Semenyo leads the way in terms of assists for the Robins this season. The former Newport County and Sunderland loanee has scored two goals so far, both of which came in the Carabao Cup. However, it has been the 20-year-old’s Championship cameos which have caught the eye. From eight appearances off the bench, Semenyo has recorded three assists, including one on Tuesday evening. Despite playing just 22 minutes, a game-changing performance saw City name him as their Man of the Match Award against the Terriers.